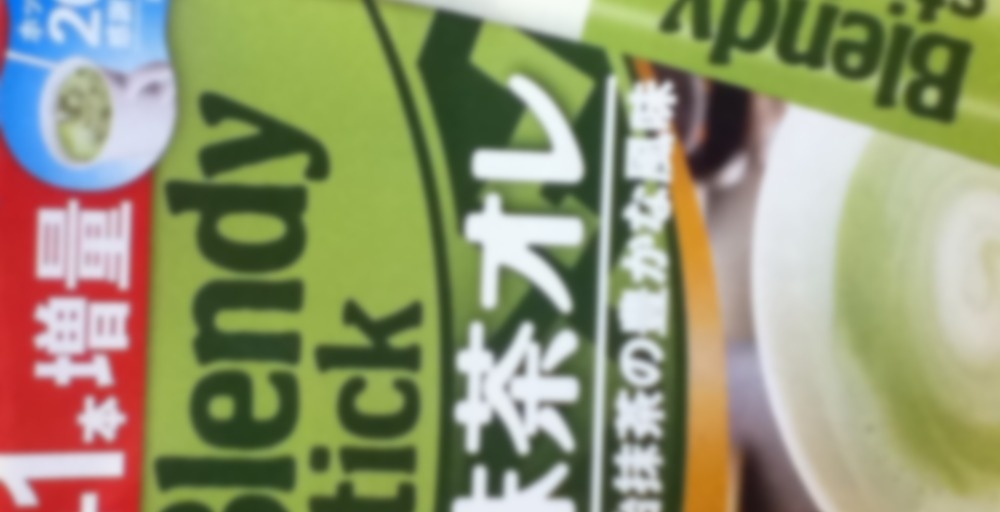 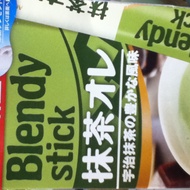 In Pursuit of Tea 73

My friend doesn’t drink green tea, and her parents came home from Japan with, well, green tea. So I passed a bunch of my teas off to her, and she traded me.

I can’t read anything on the package except for the words “Blendy Stick.” I figured it was some sort of matcha. When I opened it up, there, were a bunch of little plastic tube-type pouches which had written on the “Matcha au lait.” Awesome. Matcha with milk.

I don’t have a way to heat milk, so I heated my water to 180F and mixed that in 50/50 with milk from the fridge – I figure that would take the temp down to 150ish and also give it the support of the milk. I mixed it with my stick frother until it all looked edamame green and there was a little layer of froth on top.

It’s good, it’s really good! The first thing that hit me was the sweetener – it’s definitely sweetened, but it’s not done so past the point of drinkibility. I can still taste the matcha there, which is good. Interesting!

I’m just getting started with matcha. Hadn’t thought about combining it with milk. It would have to be coconut or almond milk for me, but sounds interesting.

It’s nice and creamy. I don’t have a lot of experience with matcha, but I’m finding for now at least that it’s too strong for me without milk.

I hate to admit this:
This matcha is smoother, sweeter, and more satisfying than most all matchas I have drank…

While there might be sugar added to it, this taste just like a matcha latte should. I’m quite surprised and dislike how this takes away from the normal matcha experience, but I am unable to deny the flavor that this mix has or the experience that it provides.

Michelle sent this one a while back for her sale! thank you! It’s an individually wrapped serving of matcha with sugar in it, but it looks like a BIG serving. Probably twice as what Red Leaf’s matchaccino scoop is. With all the mess of ingredients I put in my smoothie, it was hard to tell how nice with the matcha was, but it wasn’t not good! :D A banana, raspberry yogurt, milk and whipped cream on top! So delicious. I’m getting addicted to these things.