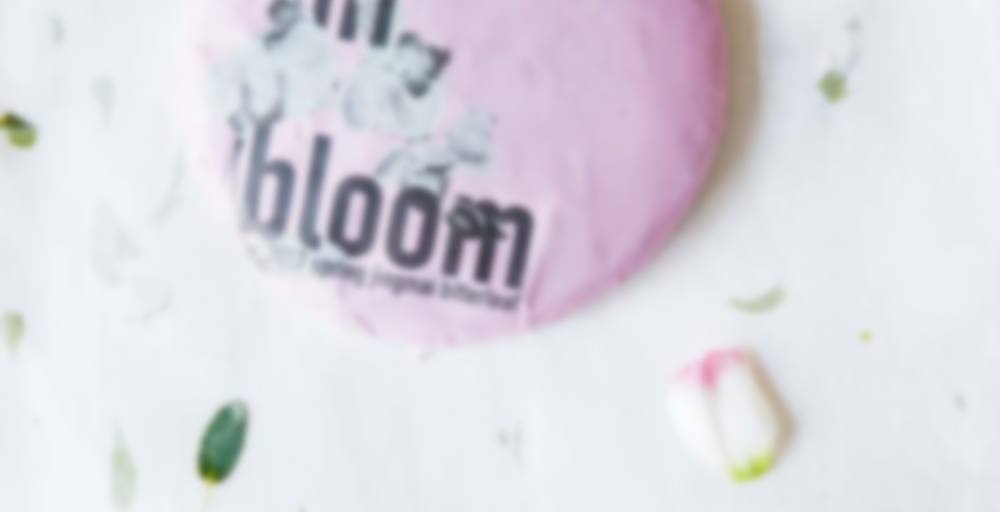 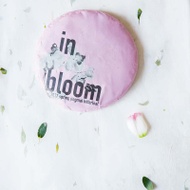 This year we spent a considerable amount of time in Jingmai, allowing us to source an exceptional tea that’s become our 2017 In Bloom. Pressed from mixed picking (huncai/混采), this tea contains material from both younger and old trees growing in the same garden. This mixed picking allows for extra depth of flavour and a true-to-the-land taste, while keeping the price well below pure gushu tea.

Jingmai is often noted for its orchid fragrance, which this tea delivers in spades. The fragrance endures and lasts well after you‘ve taken a sip, accompanied by a nice huigan. Ultimately, it embodies everything we hope to find in a Jingmai raw.

4g in 80ml, its all I had from sheng TTB #3.
I just have to say—wow, thank you for including this, Jim, really knocked it out of the park for me. Very floral and jasmine-y, and delicious, sweet, with some balanced bitterness but overall very mild—yet not what I’d call weak at all. Apparently the 2018 is thicker so I’ll be getting a beeng of that, next BLT sale there is.

Drank this today. This tea is a flower bomb. Resembles a green oolong in many ways – could have fooled me. Bright, smooth, very sweet. Lingering taste is predominately floral and sweet, low on bite and bitterness. Empty pitcher / cup aroma abounds.

While I’ve highly enjoyed ripe pu’ers made from Jingmai material, the young raws I’ve tried from there have always left me with mixed feelings. I was very curious to see what I would think of this tea. I’ve had a free sample that I received with an order sitting in my pumidor for several months. The tea is still very young, but I’ve been drinking through several samples over the past few days and decided to give it a shot. I used nine grams in a 130ml gaiwan and drank the tea both from a regular teacup as well as an unglazed Jianshui clay cup dedicated to young sheng.

I rinsed the leaves briefly for five seconds and let them soak up the moisture for five minutes while I drank the wash. There was already body to the tea but not much taste. It did leave a faint, perhaps floral aftertaste lingering in the mouth. I proceeded to do a total of eleven infusions, the timing for these being 5s, 5s, 7s, 10s, 15s, 20s, 30s, 45s, 75s, 2 min. and 3 min.

The tea started off with a big, oily body, although the mouthfeel itself was nothing all that special. There was a distantly honied taste, but all in all the flavors weren’t very defined yet. The aftertaste was actually stronger than the tea itself and very stable. I could taste the tea with my entire mouth. Over the next three steeps the tea grew greener and more astringent while retaining varying degrees of a honied character as well. What all of these infusions had in common was a long and stable aftertaste that was almost always better than the taste of the tea in your mouth. The aftertaste of the fourth steep was more of a honied mineral taste and it made your saliva taste AMAZING (like honey).

I found the fifth steep perhaps a bit weaker in terms of flavor, but also more settled and balanced. It was astringent, perhaps even a bit smoky, and I could feel a slight burning sensation in my mouth. The honey was now more in the background. Again, I found the aftertaste of this round more enjoyable than the front flavors. I would most likely recommend a small brewing vessel for this tea as it is something you don’t really need to drink more than a few sips of each steep.

Steep six was more friendly at least toward my tastebuds. The taste was softer with less astringency. The tea was still fairly green tasting and leafy, but more drinkable than before. I wasn’t really tasting the honey anymore, but there were now whispers of a green/leafy sweetness. The aftertaste was again the highlight here and this time concentrated around the sides of your tongue. It also improved over time and ended up becoming very nice. The seventh infusion continued on this path of change and presented a liquor that was now much more mineral sweet tasting and highly aromatic in the mouth. While the tea wasn’t necessarily excessively astringent, I could feel a slight burning sensation both in my mouth and throat. In terms of texture this steeping was incredibly easy to drink and the tea left a satisfying sensation in your mouth and throat after you’d drunk the tea. Your throat was also left feeling very lubricated.

The astringency and burning sensation started ramping up in the eighth infusion while at the same time you got less taste. This is the point from which on the clay cup started to become very helpful. It helped bring down the astringency to a more manageable level while revealing more of the underlying flavors. The tea was beginning to exhibit more of those honey notes again while also having that nice sweet mineral taste. It was highly aromatic especially in the nose and also left me salivating while making my mouth taste sweet.

The burning astringency continued in the next steep where the clay cup continued to be my friend, revealing complex notes of honey with countless layer to them. When drunk from clay the tea was also incredibly thick, feeling like yoghurt in your mouth. This was the thickest the tea got and I was really surprised by both the thickness and how well the clay cup was performing. Steep ten was no longer as astringent, but even here the clay cup made the tea much better. It improved the texture considerably and made the flavors rounder and more balanced. Overall the flavors were beginning to simplify, however, but the honey notes were still fairly “thick,” even if there was less depth now.

Steep eleven was the last one I did. Once again the clay cup presented fuller flavors here. The taste itself was beginning to get fairly simple by this point though. While the strength and body still remained quite good for steep eleven, I wasn’t expecting to see anything more interesting so I decided to call it here. The tea could have possibly gone on for at least a steep or two.

This session ended up being much more interesting than I originally expected based on the first few infusions. However, just like other young Jingmais I’ve had, I didn’t find that the flavors appealed to me and I found the tea to have too many unpleasant qualities in its current young state for me to enjoy. I think the area in which the tea easily shines the most is the stable and incredibly consistent aftertaste which I found often the reason why you’d drink this tea. I’ve never had an aged Jingmai, but based on the fact that I enjoy Jingmai shu pu’er and just the gut feeling I get drinking this tea, I’d suspect that these teas need to be aged a fair bit before I can enjoy them. This particular tea, while not necessarily high-end, displayed quite a few promising quality markers. I don’t really have enough experience to say how it compares against other Jingmai teas, but just generally speaking it performs just about how I would expect from a tea at this price point, making it fair value.

While I can’t personally recommend this tea as the flavor profile does not appeal to me, this tea was more interesting to session than other Jingmais I’ve had and if you’re looking for a Jingmai tea in particular definitely give this one a shot.

This one started out with light bitterness in the front, then gentle deep flowers on the exhale. It felt SO BIG – it’s not that the liquid is thick, exactly, it’s that the lingering aroma in my mouth felt like huge flowers physically just crowding my mouth full. I felt like I was suffocating on giant petals, and what a way to go!

tldr so very worth it for the bizarre and beautiful sensation of a mouth crammed full of enormous flowers.

Got a little warmer and I was in a mood for young sheng.
1/13 ratio and 212F
Beautiful leaf, takes boil treatment well. It was sweet floral with minimal astringency. I pushed it a bit at later steeps. Got bitter but I was rewarded with strong long lasting huigan. Very enjoyable session

This tea was really good quality, and had tasting notes of medicinal wood and moss. It was a very full tea with a broth-like body, and left a sweetness in the mouth that reminded me of stevia. Overall, I’d recommend this tea to people who are new to the Jingmai region, and wants to try a jingmai that won’t hurt their wallet.

I’ve found that the so-called curated puerh vendors tend to have a house style. This is largely due to their buying teas that reflect their own taste. After drinking about 8 Bitterleaf teas in 3 days, I can conclude that at least part of the Bitterleaf house style is that they really like teas with a thick texture in the mouth.

This tea is an exemplar of that style. It is thick and fills the mouth with flavor. The first steep had good tobacco flavor with some straw and wood. Good texture and finish. Lots of interest in the mouth; flavor varies during each sip. 2nd steep: Good nose. I really like the texture. Flavor good but not as complex. 4th (30s): Medium nose is tobacco and spice. Taste has a touch of bitterness but also some spice, wood, and perhaps a hint of fruit. Great mouth-feel and texture, and an excellent finish. I’m also really feeling the cha qi.

Funny: after writing my notes I read the vendor blurb and they talked about strong orchid aroma, so I took a sniff and thought: “Oh, so that’s what orchids smell like.” There was a definite aroma that I thought of as a blend of straw and spice but could certainly be orchid. It was pleasant but not IMHO that powerful.

Part of my buying strategy is to find vendors whose taste is similar to mine. This tea punches all of my buttons. It isn’t as fruity or floral as I would like, but is rich and complex, which are my main criterion for judging puerh. There was some bitterness around the 4th steep, which is usually a negative for me, but in this tea, it just felt right.