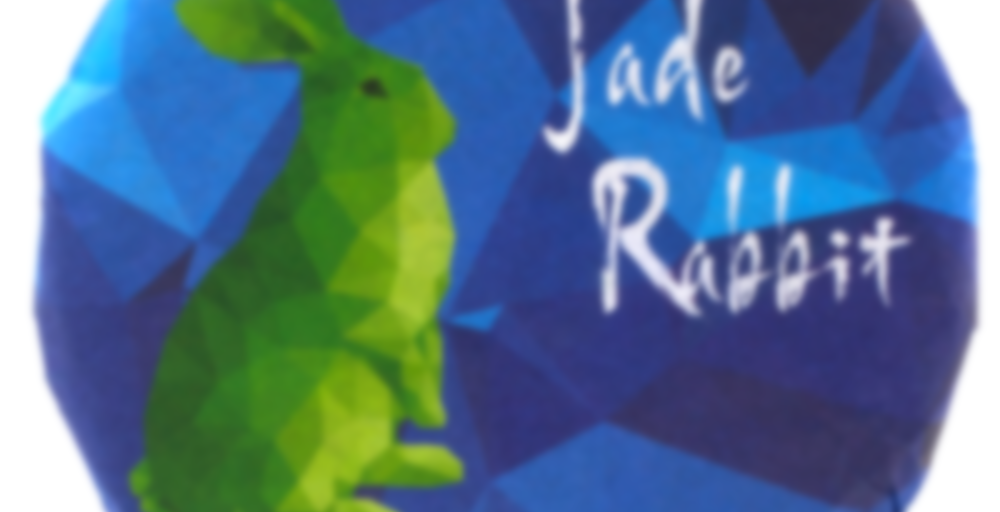 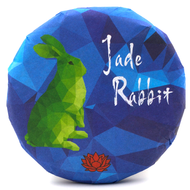 by Crimson Lotus Tea
75
You

We are very excited to offer this tea! We created this multi year, multi mountain blend in 2017 but were very particular about the ratio used. We wanted to make sure that each cake was blended by hand to ensure the correct experience. Most factories blend in a giant pile on the floor with pitchforks. That is not satisfactory for our needs. You have no guarantee that what ends up in a specific cake is an accurate blend. It could be all one material. We weren’t able to press this last year because we couldn’t find a factory willing to work with us on this special project.

This year we found a new factory and guided them through the process of hand blending each cake before pressing. It was time consuming, tedious, and demanding work but the result is impressive.

This is a complex tea that creates a story through the many steepings. Explore this tea beyond 15 steeps and you will be rewarded. This tea has energy, depth, body, incredible aroma, a thick sweetness, and a long lingering aftertaste. This is not a blend that we will be able to recreate. What we pressed in this batch is all that we will ever have.

I have to echo Ubacat’s impression of this one – Jade Rabbit is not a tea for me. The main problems I have with it are the ill-defined profile, acrid aftertaste, somewhat light body and the fact that it is quite heavy on stomach. It is fairly unique, but not a tea I’d like to drink ever again.

Its aroma spans the range of metallic, plant seed, yard, and wet earth scents. I also got an interesting tingling sensation in the nose while sniffing the wet leaves. The taste is mineral and mushroomy with a salty, cooling aftertaste.

I can see the tea changing quite a bit throughout the session, but honestly I find it hard to pay attention to it.

Another sample in my Crimson Lotus sample pack.

I haven’t got much to say about this tea except mushrooms. That was the dominant flavour throughout with a bit of bitterness. After infusion 5, the mushroom was a bit less.

Later steeps past 6 were better for me but this is not my type of sheng. I am surprised it has such good reviews. I guess we are all looking for something different in our teas. This one didn’t cut it for me.

Oh but I love the name: Jade rabbit

I do too! But with Jade in the name I was expecting some green flavours or green fresh taste.

1. Tasted but did not drink rinse. Seems like Jingmai.
2-4. Faint apricots and fresh rice. Perhaps the rice comes from Kunlu and the apricots from Bangdong. Do raws get scented w/nuomixiang as well?

I started this last night and took many breaks, finishing it today. Kept making me rather sleepy.

My primary experience was that it smelled like sweet rice. I also suspect Jade Rabbit will respond very well to boiling. Going past 15 steeps does yield something more, but the amount of time and patience it takes to get there with gongfu is not in my budget, esp since it makes me so sleepy. I think I will do 10 steeps and grandpa the rest next time.

I got 18 infusions out of my session of Jade Rabbit. This sheng leans fruity sweet with plenty of energy. The tea nerdy interest of this tea is the fact it was blended per cake basis, so in theory got truer interpretation of the maocha blend and consistency.

I’ve talked about this more at length in the past, but I don’t really do that many blends. I believe I’ve compared it to jazz and how I prefer to hear a performance recorded live in studio (or concert) without any edits or overdubs. A lot of jazz is made this way, so it’s not really a huge point of contention (totally different case with classical), but there are exceptions like Bitches Brew by Miles Davis for example. That record was edited together from long jams that Davis had the band do and effects were used as well. While not really a Miles Davis fan, Bitches Brew is one of his records that I do like. However, while I appreciate the experimental nature and musical innovations on that record, the album does not really represent what I appreciate and love about jazz. With all that preface, let’s move on to this tea.

The sample I received consisted of a single large piece of the bing along with a good amount of individual leaves and debris. While not huang pian, the material shares their somewhat ugly appearance in its dry form. I used the single large piece along with some individual leaves to total up to 9.6g in my 140ml gaiwan. A single rinse for just over five seconds, followed by a five minute rest for the moisture to sink in and prime the leaves for extraction. I did nine infusions, the timing for these being 7s, 7s, 10s, 15s, 20s, 30s, 45s, 75s and 2 min.

Jade Rabbit started off with a salty seaweed taste. It was more salty and mineraly on the front with the seaweed most prominent in the finish. This was a lot like drinking seawater. There was body already and the flavors were pretty present. I could taste both the presence of new and older material in this steep. The second brew was full, creamy and foamy. If you slurped the tea, it produced foam in your mouth, which was a new experience for me. The taste was that of Fairy (dishwashing liquid). Before you freak out, not in a bad way.

The third steep presented some mineral sweetness that turned into a spicy prickling sensation at the back of my throat. Over time the tea started tasting like Greek yoghurt to me. In the lingering aftertaste between steepings, I was getting the Fairy again. Steep four was surprisingly a lot weaker than I’d expected. The tea was not weak, but in comparison to the prior three infusions, it almost seemed so initially. The Fairy taste was now absent and had been replaced by the taste of sweet soap. There was also a sweet floral aftertaste. However, the aftertaste hanging around in my mouth between infusions eventually turned into an acrid dishwashing liquid taste, which I did not particularly care for.

Steep five was bolder, a lot bolder. The taste was mineral, with some sour/smoky aged notes in there as well. The soup was slightly prickly, with a slight burning sensation to it as well. Overall the taste was very clean. This was a product of the notes starting to lose depth, but at the same time becoming clearer and much more easily defined. There was some astringency present in the tea as well. Steep six was similarly strong but simple. It was super mineraly, but there wasn’t much else going on. It had some slight sweetness and savoriness, but that’s about it. Frankly, I was getting a bit bored with this tea at this point. As eccentric as it had been initially, I could now tell for certain we were past all the fireworks already and that’s not really something you want to be feeling at around steep six.

The last three infusions weren’t anything special. Steep seven tasted like mineral soap. It had some sweetness and the body was still decent. Steep eight is where we were really starting to lose flavor. The taste had turned to raw soap, with no sweetness to speak of. The final infusion tasted like cleaning agent to me. It produced an unpleasant sensation in my mouth, so I decided it was time to call it.

Jade Rabbit was interesting – different. Definitely a unique experience, if you’re looking for one. As wild as my descriptions for the flavor notes are, none of them were intended to be negative descriptors, unless otherwise indicated. That being said, was the tea good? Was it bad? For me, it fell somewhere in between. I neither liked or disliked it. It was interesting, but that’s all it was. Most pu’ers I sample I end up not purchasing. That does not mean they were not worth sampling, sometimes quite the opposite. The amount of information you can learn from trying out countless teas is immense and invaluable. There are very few teas I would want to drink more than once or twice. That has nothing (or at least very little) to do with how good they are. I would rather drink fifty different teas than fifty session with one of my favorite teas. Even duds are not a loss. Giving thought to why you didn’t like a tea can be as valuable or even more valuable as why you did like a certain tea.

Just speaking of quality, at forty cents per gram, this tea is not cheap. Then again, with the increasing prices of pu’er, it’s not that bad. As this is a blend, and especially given that I hardly ever drink blends, I find it a bit harder to evaluate the exact quality of the tea, but I’d say it’s certainly well above entry level. Ultimately I think the value represents the price fairly well. This is not a tea I would purchase for myself. Frankly I have no idea when I would even drink it. The only occasion I can think of is to showcase to people what sort of different things tea can taste like. While I don’t think this is a casual brew, if you are looking for something to drink now, you can certainly do so with this tea. Aging it is an option as well. The results would certainly be… interesting, if nothing else.

Is this the Bitches Brew of pu’er? I leave that up to you.

90
Recommended
TheOolongDrunk
88 tasting notes
One thing about Jade Rabbit that I liked was its complex tasting notes which seemed to continually change throughout the session. Another thing about this tea that I liked was the number of infusions I was able to get out of it (15). This tea was thick, burly, and was complex in many ways. Considering that this is CLT’s first spring 2018 release, it’s one hell of a way to kick off the year.