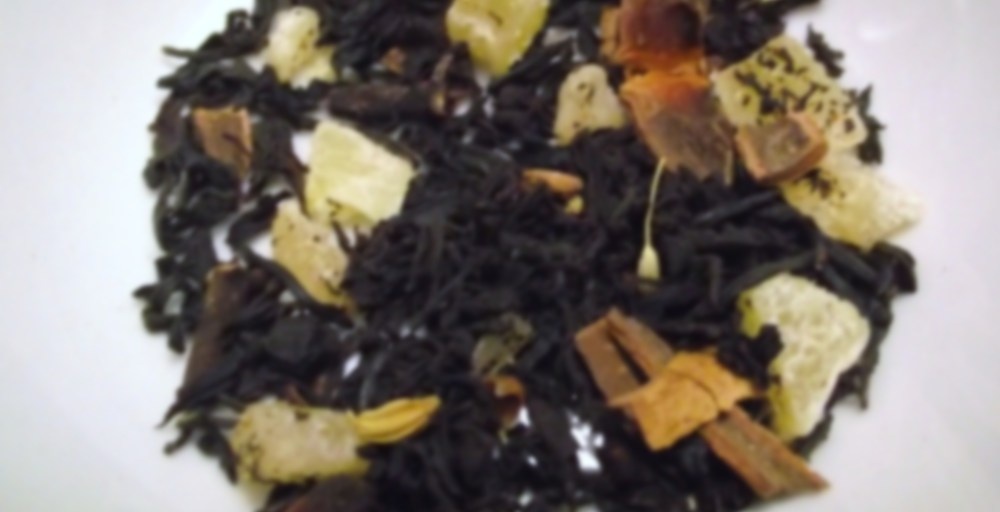 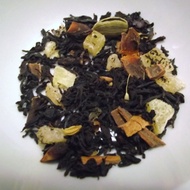 Well, it is official, I (along with my noisy kettle, lamp, and noisy craft supplies) am being kicked out of the bedroom. Since my sleep schedule is cyclic and Ben’s is not, he is tired of being woken up when I am nocturnal…which is completely fair. So to rectify this he is setting up a nice little nook for me in the (slightly scary) basement so I can make noise without waking him up. Hooray!

Tonight I am doing something a little special with my tea review, I am reviewing a blend sent to me for Christmas created by my mother (also known as Gumby), a Masala Chai. This is a sort of celebration of what this blog is at its heart, meaning I will review any tea no matter where it came from (be it giant company or someone’s wild invention in their pantry) I want this blog to explore all the teas and give them an honest reviewing. This specific Chai is blended from Cardamon Black Tea (from Ahmad Tea) Green Cardamon Pods, Black Peppercorns, Fennel, Cloves, Cinnamon, Candied Ginger, Star Anise, Ground Coriander, and Love (it is in the ingredient list, it counts!). The aroma of the loose leaf is potent, I had a nice sneeze when I stuck my nose in the jar (I really need to remember to waft with teas that have pepper in them) the most prevalent note is the cardamon which fades into ginger, anise, pepper, and the cinnamon. At the finish there is a malty hint and a promise of briskness, also a very tiny hint of fennel.

Once brewed the aroma of the spices flow out of the leaves, I can almost imagine a chai colored spice cloud drifting from the basket and slowly overtaking the bedroom, and I am not complaining. After all, he who controls the Spice controls the universe. The main spice note is the cardamon still, the other spices sneaking in behind it like troops behind a general. The liquid has a sweet aroma with notes of honey mixed with the spices, cardamon still wins but is joined at the top with the ginger. There is also a very lovely malty tone that leaves a bright feeling in my nose.

Mixed with milk (whole milk and a splash of half & half for the inquisitive minds) and sugar, as per the instructions and the usual way of drinking chai. The taste is surprisingly earthy, other than the Pu Erh Chai I reviewed last month this is the first chai I have had that can be described as earthy. I am going to go out on a limb and say it is from all the ginger, sometimes I notice that it can add an earthy tone to teas and foods. The blend of spices is perfectly balanced, I was expecting the cardamon to be the supreme ruler of the spice brigade, but they all seemed to reach a peaceful agreement and shine equally. The taste is sweet, I barely needed any sugar thanks to the candied ginger, the mouthfeel is very tingly from all the spices and enjoyable. This chai is fantastic, no surprise since she has been blending her own chai for years, sadly I cannot say it is my favorite ever (the Taj Mahal restaurant still wins that) but it is certainly in the top five, possible taking the silver medal of Chais. Perhaps I need to have a Chai Contest?

*If anyone wants to try some of this chai, let me know, I am not sharing my stash, but I do know where the source is ;) *

For blog and photos: http://ramblingbutterflythoughts.blogspot.com/2014/01/gumby-tea-masala-chai-tea-review.html

Hope you have fun in your «spooky special room», lol!

Hehe, I hope so too. I plan on putting curtains around my nook so I won’t have to think about the rest of the basement :P

That sounds fantastic! I love chais that are cardamom heavy.