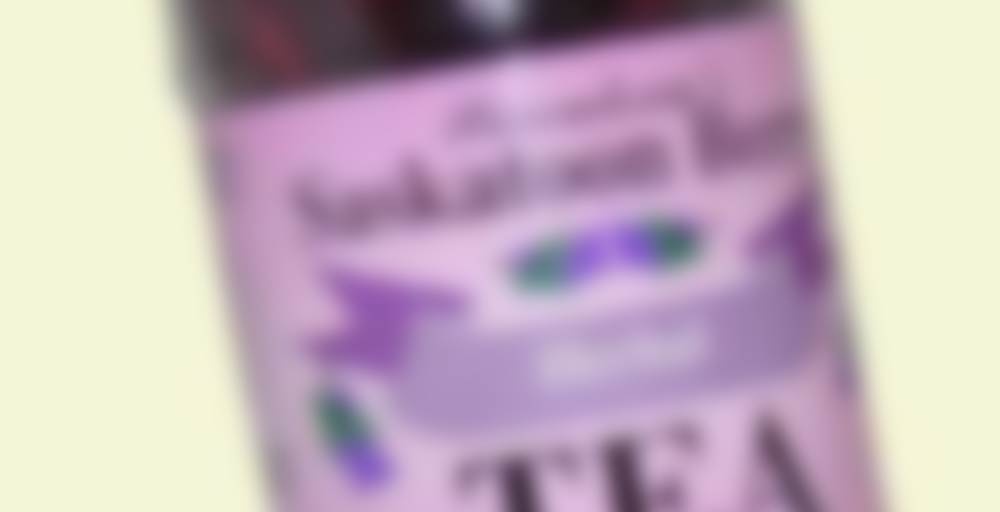 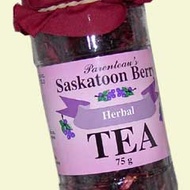 by Parenteau's Gourmet Foods
70
You

Thank you Roswell Strange for the share. Even without recognizing the writing I would know this was from you since anything Saskatoon berry I have received can be traced back to you and that’s awesome.

I cold brewed my sample and the end result is a watered down version of blueberry Pom. Tart but sweet and definitely a strong berry flavor. Good, though it could have been left to steep longer.

Bought from The Berry Barn in Saskatoon, Canada. I’m not much of a herbal tea fan but the loose leaf is quite a sight. However, as it is in most herbal teas, the sweet berry scent overpowers the taste of the tea.

Refreshing when cold brewed and slightly sweetened with sugar cubes, so I prefer preparing it that way.

Thanks, Roswell Strange for the sample!

Okay, I admit, I am one of those people who do a lot of Googling. I feel like my search engine and I have a very good relationship, she tells me everything I need to know. Google know more about me than anyone, it’ll bet.

So today I turn to my search bar, because, what the hell is a Saskatoon berry? is that even a thing??
Yes. Yes it is.
According to google, it is a fruit that is native to western Canada and was a main source of food for the Native Americans in the ye old times. Nowadays, there are pick-you-own type farms that grow bushes of the stuff. Huh.

I cold brewed this tea for about 10 or so hours, and I have to say, it’s pretty nicely berry flavored. The hibiscus gives it a tart and thick mouthfeel, while I am getting blackberries and blueberries, I am not totally sure what the Saskatoon berry is supposed to taste like, but I am getting a hint of Marionberry or huckleberry that may be from that. it’s a bit like drinking jam, which is a little strange for me. I don’t think I would drink this alone, but I bet it would be killer in a smoothie.

I sent you this one ‘cause I really wanted to share something local; I actually like in Saskatoon – and the city is named after the berry; they’re so popular here! They’re a bit like a cross between blueberries and cranberries.

They’re good in milkshakes, jam and pie for sure – never had a straight up ice cream version though. I imagine it’d be divine though!

So, as I mentioned maybe a week ago I’ve gotten really obsessed with Trivia Crack; and I guess I’m pretty good at it ‘cause I currently have a 13:1 win ratio – the one time I’ve lost being to Tre. But, I’ve beat him maybe six times? And it’s getting to the point where he doesn’t want to play with me anymore. He’s a sore loser.

But two nights ago I convinced him to start a round with me; I beat him in two turns. And in some sort of ‘manly rage’ he whipped his shirt off and stormed into his room. Jokingly I shouted “Well, at least you didn’t angrily rip off your pants”. He came back out, and I guess to spite me, he whipped off his sweats. Now, here’s the thing guys – he was wearing boxers (and I’ve seen him in his underwear enough to not be even close to shocked about it) so we both figured it’d be like sarcastically funny and that’d be that.

But no; that’s too easy. Instead, the boxers came off with the fucking sweatpants. Guys; I saw Tre’s dingle dangle! It was an INTENSE moment of awkwardness, followed by me just snickering and laughing – a lot. And then Tre, half joking and half serious, tried to justify the events that had just gone down with “Hey, it’s cold down here tonight!”. Didn’t help. So didn’t help. I haven’t laughed that hard in… Well, probably in months.

So enough about Tre’s penis though…

This tisane was a gift from my Mom; she thought it’d be nice to have something with Saskatoons in it to pass along to people I swap with – and I think she was right. I love being able to share the delicious berry that my town is named after. Plus, it’s locally made too which makes it a lot more interesting in my opinion too.

I decided to do a cold brew for my first try; sadly there’s a lot of hibiscus in the blend so a cold brew seemed like the best way to hold back some of the expected tartness. Thankfully, there’s also a lot of berries in the blend too as well. But even still, not thirty seconds after I’d poured the water over the leaves the water was already the colour of Grimace.

By the time the brew was done, it was a deep, dark almost maroon colour – but just slightly more purple. It reminded me of the colour of red wine. The smell is mostly hibiscus. That’s not very promising, but I’m still holding out that this’ll deliver the Saskatoon berry flavour I know and love anyway.

And the moment of truth; taste test!

The initial flavour here is a tart hibiscus flavour as anticipated; however, thankfully this isn’t all hibiscus. Similar to other berry/hibiscus teas I’ve had before like Rum Cream, from another local company, this starts tart and softens into a more mellow berry drink. I can definitely taste Saskatoon berries myself, but I also really taste the blueberries and black currants in the blend. Thankfully, I don’t get much flavour from the raisins – I’m not a raisin person, so it’s no loss for me.

For people unfamiliar with Saskatoon Berries (someday when I’m a rich, wealthy person I’m going to find a way to send you all piping hot Saskatoon Berry pies with ice cream; they’re heavenly) picture something sort of like a blueberry and cranberry cross. They’re great straight, in pies, in jam or jelly, and as syrup. Really, they’re just great. It’s that simple.

I am enjoying this cold brew a lot though I’m craving a richer, more full Saskatoon berry flavour. If they used more Saskatoons and cut down a little on the amount of other berries in the tea, I think this could be amazing without having a flat flavour. As is, I’m concerned people not familiar with Saskatoons are mainly going to focus in on the other berries in the blend and the hibiscus and miss out on the great flavour. That makes me a little disappointed.

Eventually I’ll try this one hot; I’m hoping that the hibiscus wont bury the Saskatoon flavour even further…

Oh my stars I am laughing SO HARD. I started reading, looked up the game, glanced at the page again before rescuing my tea, and almost ended up laugh-crying on the kitchen floor. Thank you. :)

Practically a year and a half I’d gone without seeing him naked; and then for it to happen like that. It was an eventful evening. Traumatizing, and hilarious.

Stories like this kind of make me miss having roommates. Though ultimately I like living alone or with a partner better.

I’m really glad I wasn’t in the process of sipping my tea as I read this. Thank you for making me laugh today. I appreciate that so very much!