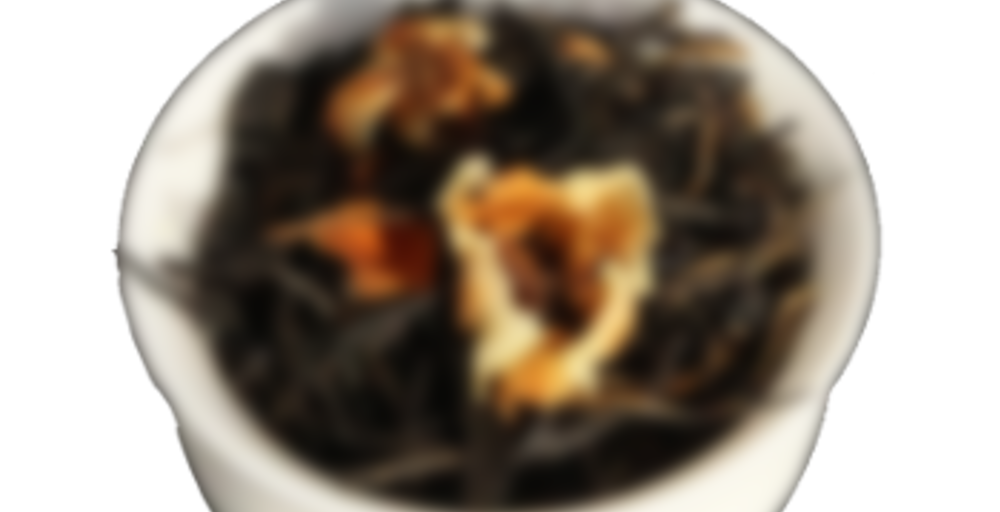 My bad… I bought this at last year’s Toronto Tea Festival and am just getting to it now (even though it was rather expensive). I’m quite sure it’s lost some flavour, especially since I just steeped it for 4 minutes (by accident), and it’s not astringent, but has almost a metallic edge. Bleh. Live and learn. It’s not that it’s terrible or anything, but I’m sure it was better a year ago. Anyhow, as my overwhelmingly helpful black tea descriptions go, it tastes… tea-like. There are supposed to be notes of toffee, apple, honey, almond… not picking up on those. It’s probably not helping that I’m drinking this after a bunch of other sweetened teas, either, but maybe using a bit more leaf and a shorter infusion time next time will help.

I took this traveling with me, but unfortunately few teas can overcome bad water and faulty kettles, and this one is no exception. It’s too bad because the tea really is quite excellent and now I’ve used it all up.