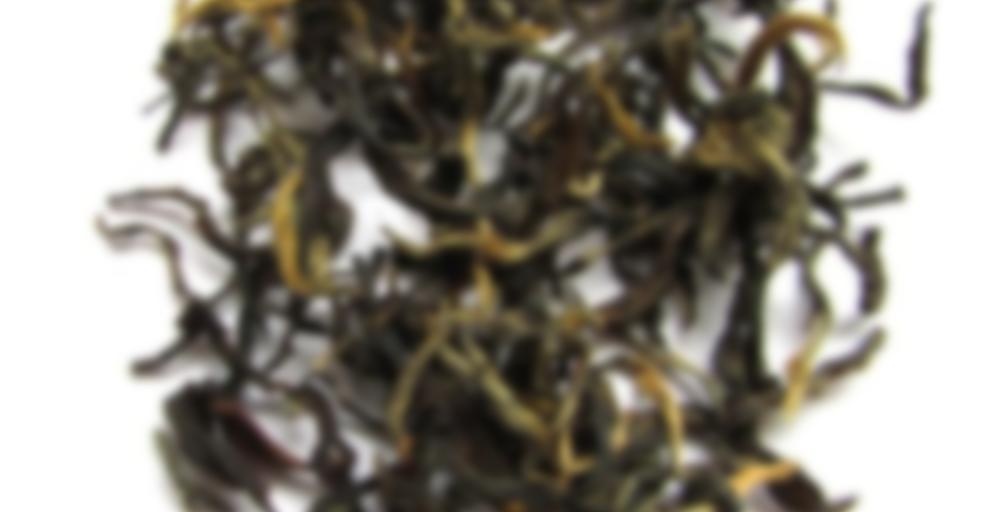 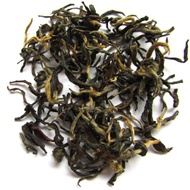 A rare second flush Darjeeling which has been fully oxidised and features a very high amount of golden tips. It has a very smooth honey floral taste with sweet fruity notes.

The tea has been sourced direct from Rohini tea estate in Darjeeling and is produced exclusively from Darjeeling’s famed AV2 clone.

Okay, people. I’m back. This whole not having a working computer at home thing is killing me. Hopefully, I can get that issue resolved in the next couple of weeks. In the meantime, I’m going to bust out a handful of reviews while I’m here at my parents’ office in town. This was one of my sipdowns from either late August or early September. I found this tea to be enjoyable though inconsistent and confounding. No two cups were the same. Sometimes I loved it, and sometimes I totally hated it.

I prepared this tea in the Western style. I steeped approximately 3 grams of loose leaf material in around 8 ounces of 194 F water for 5 minutes. I did not rinse the leaf material prior to infusion nor did I attempt any additional infusions.

I tend to greatly enjoy Darjeeling black teas produced exclusively from the clonal AV2 cultivar, but this one was more of a mixed bag. For the most part, it was still a more or less very enjoyable offering, but there were times in which the aroma and flavor components I found to be the roughest and least appealing stood out more to me than I would have liked. As a matter of fact, I absolutely despised the first two cups of this tea that I brewed and ended up sitting the rest of it aside for a couple of days. I found it way more enjoyable after picking it back up, so maybe there was something up with me when I first tried this tea, but even after I resumed going through the remainder of my pouch, the tea remained somewhat inconsistent from cup to cup. Overall, this was a very solid tea with a lot to offer, but it was inconsistent and temperamental. I have definitely encountered several other Rohini black teas that I have found to be more enjoyable.

Sorry to hear you don’t have a working computer. That must be incredibly frustrating. I was thinking of getting this tea to compare it to the wonderful Rohini Gold Buds I had last year, but maybe that was the better choice all along.

Yeah, the computer at the home office I share with my mother is ancient, and we have had so many problems with it as well as our terrible satellite internet connection (literally the only thing available in this area) that we purchased a new computer system and arranged for new everything to go in. Unfortunately, our IT guy was exposed to COVID-19. Though he tested negative, he still had to go into quarantine for two weeks. Right now, I have got the new computer, but I do not have internet access, so I have to use the computer at the family office to pay bills and write. And that means I have to drive 8 miles into town on terrible country roads in my nearly 10 year old car each time I want or need to use the computer. I’m hoping that my home internet access will be restored in the next two or three weeks, so it should not be an issue for much longer.

As far as this tea goes, it was actually quite good. I probably made it sound way worse than it was, but personally, I would have taken the previous two iterations of Rohini Golden Buds over this particular offering. In my opinion, both were more accessible and consistent. I have gotten really bizarrely picky about Darjeeling teas over the last year or two, though, so YMMV with regard to this tea.

That sounds like a nightmare! I’m not sure why your IT guy would have to quarantine if his results were negative. I somehow got it into my mind that the Rohini AV2 was a slightly higher quality version of the Golden Buds, so I’m glad to know that they’re actually quite different teas. (Those buds from 2019 were so amazing that I’m considering buying more of them, even though I don’t usually buy older Darjeelings.)

Actually, and I’m sure you’ll find this interesting, but the Rohini Golden Buds are also produced from the AV2 cultivar. One thing to keep in mind with tea leaf/bud grading is that it is mostly visual based on the color, shape, and size of the leaves and/or buds picked, so what is visually a higher grade of tea may not necessarily taste the best in the cup.

That is interesting. I’m not surprised it’s from AV2 bushes, which I also find make really good Darjeeling. You’re right that there’s an assumption that the prettier a tea is, the better it will taste, and that’s not always true.

I wish you that those 14 days will be short and everything will be working soon!