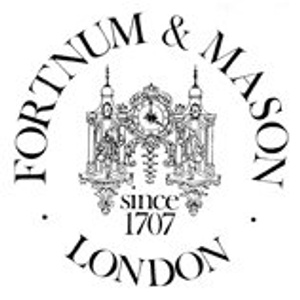 Final Update: Bad technology, decent but slow service. I had to get my credit card company involved as they are well beyond the window of time they told me for processing my refund….. Once the ball got rolling, they handled the situation pretty well. For a November 2011 order, it is finally getting resolved in May 2012.

Order from here at your own risk, though. Be sure to check out other online reviews for their delivery service, especially for overseas from them. I recommend looking for local sources for their products. If you are in the US, please go to Williams-Sonoma or a US vendor.

Just to show it was not only me:
http://www.urbanpath.com/london/department-stores/fortnum-and-mason.htm

Original review: If I could give them 0 stars I would. My order that was mostly tea (at least 5 big tins of tea) ended up being only two jars of preserves. They have offered a full refund in one email, and a refund of shipping and the items I did not receive in another. We will see what I get as I am not totally opposed to actually paying for the preserves I received, as long as I don’t have to pay the shipping that is twice the value of what I received. (I received the value of 10 GBP of an 80 GBP order. Then add 20 GBP shipping onto that.)

Dec. 30, 2011….I ordered a few things (tea, jams, confections) for gifts for myself as well as a friend on Nov 23, 2011. The email receipt I got in return showed a delivery date of Dec. 8 (and I did double check to make sure it said 2011, rather than 2012, LOL!). I was pretty certain I would then have plenty of time after receiving the items to get them out in the mail for Christmas. Unfortunately, there was no package by Dec. 17. I tried contacting them by email and finally received a reply stating that they were having warehouse issues, and that my package would not get to me by Christmas as it had not left the warehouse as of Dec. 22. I was given the option to cancel the order, and I would have but part of the gift for my friend was some of the commemorative Diamond Jubilee items which are limited in offering. I asked them to send it out as soon as possible. Finally, on Dec. 30 I received two of the 10 or so items I ordered with no indications on the packing slip that there was more to come. I have since started the email process again trying to find out if the rest of my order is coming as there is no information online for my account or on the packing slip…. Their communication with me as a customer is severely lacking. At this point I have paid $166 USD for 2 jars of $7 jam, which includes $30 USD to ship them……

Upon research on the web, it seems they have had a serious IT failure this holiday season. Yet, the only communication I have received is that I could cancel my order well after it should have been at my door….. I would expect more from a company who caters to the elite. Or maybe since I am just your everyday Jen, I don’t get good service. I say skip it if you were even entertaining the idea of placing an order unless you are the gambling type.

First week of Jan…: It has been a week and there is no response to my email. If they would just let me know some of the items are currently out of stock, or anything at all…..even if they say it will be a month until my order can be fulfilled that would be better than waiting….. I was offered a refund and I declined it as I really want the tea. It is better to keep the customer informed rather than making him or her feel ignored! I know I have the option to call, but I don’t feel it is fair for me to have to pay for an international phone call for their error.

Update January 16, 2012. I finally got an email response. They say the items left on my order are all out of stock, but they are still selling three of them on their website. Another one could be made up with two smaller bags of tea. Really pretty crappy for service. They also tried to refund my shipping in the form of a gift card. As if I would consider another online order with them any time soon…… I did request a shipping refund, and they finally said they would do so.