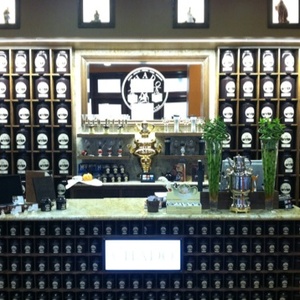 I’m not a fan. I wish I could say I was. Maybe this would be a good tea and crumpets kinda place, but I’m more of a purist. You’d probably do well with flavored and darker teas that stand up to longer storage. I purchased some Long Jing Green tea from these guys and it was long in the tooth, tasting of the container, which likely held another type of tea previously. It is essentially undrinkable and still sits on my shelf until I need the container. At that point I’ll probably store it permanently in the circular file.

I give Chado two stars, because, the interior is nice and the staff was very attentive. Not far from my home, I was hopefully, but ultimately disappointed.