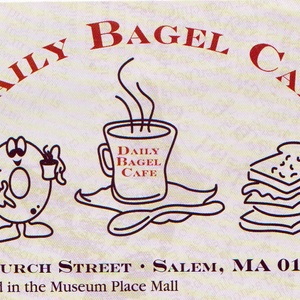 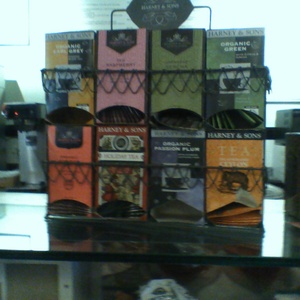 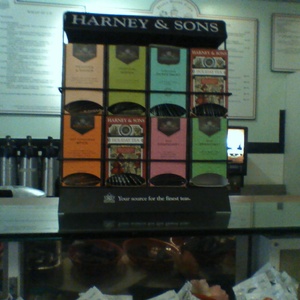 It was not by choice that I stumbled into this café early on Sunday morning. I was to be volunteering at the Mass Poet Festival being held over in Salem, MA this past weekend. I was to report there at 8:00 a.m. on Sunday. I did as much with the help of my husband who dropped me off and I walked down to where I was told to report. A change in plan, a note was left to report to the Museum Mall next door or nearby. I tend to get lost easily, so it was good another volunteer came by and we walked over there together.
Not at all a good start to the day, and volunteering out of goodness of heart. Since my presence was not needed this early, so it seems or I was not dressed appropriately (others wearing jeans and t-shirts); I was to be a greeter at this event and since it was a demand on dress code I dressed as I normally do. I wore a dress as I had done the day prior when I volunteered, except I was wearing a skirt.

I was waiting around in the corridor of this empty mall since all the stores were closed. I noticed an open sign and decided to go sit in there and sulk in private. I saw that it was a bagel store and as I approached the counter I saw that they had several boxes of Harney & Sons Teas. I decided to order a cup of tea (Harney’s Organic Passion Plum) and a bagel. I noticed the display and asked if I could take some photos and I did as much while waiting for the bagel to be warmed in toaster.

I took my order and proceeded to sit. I took one of their menus (I asked for this as well) and in viewing it I noted quite a selection of bagel sandwiches: bacon or sausage; vegetarian with egg; Roast Beef and Egg; and there is even one called The Bayou (Andouille sausage, two fried eggs & cheese served with your choice of bagel) for $3.75.
For beverages they offered: Milk, chocolate milk, vitamin water, fresh brewed coffee, Assorted Teas (Harney & Sons Earl Grey, Green Sencha, Darjeeling and Herbal teas like this Organic Passion Plum tea). They carried Chai as well as Iced tea and Fountain Soda. I did not notice this, as I was too upset.

The tea was very hot and refreshing in curbing my anger/disappointment. I arrived on time for an event and was treated as if I had done something wrong. Anyhow, all I could make of the tea is the plum flavoring as it was very prominent through and through. I did enjoy the tea for its warmth, but I did not like being used as I had been and continued to be used all day long, most of life it seems. It was a good cup of tea for what it was worth.

I am often reminded during times like this: “no one said life is easy” and we have hemlock as a remedy.

. New Civilitea
no ratings yet
0 ratings