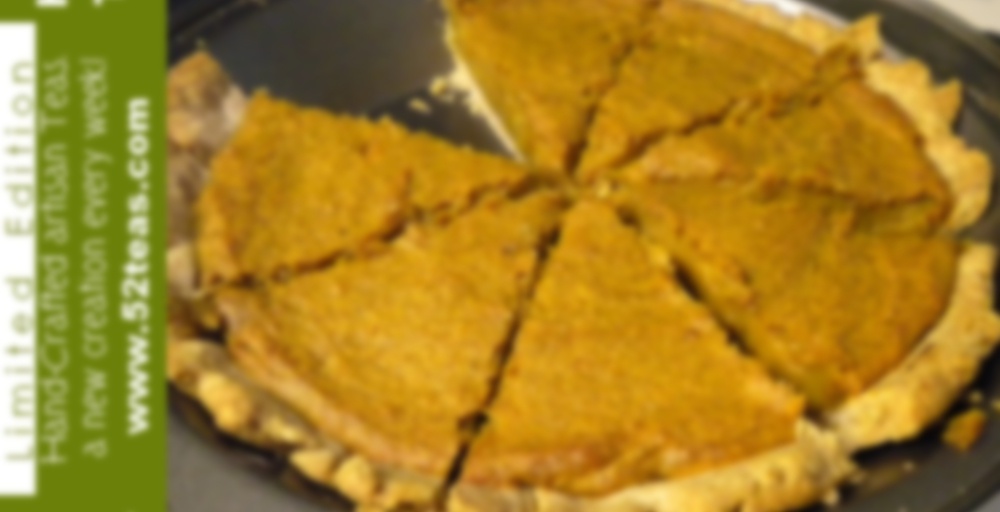 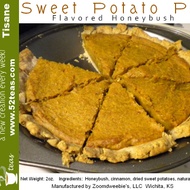 Thanks LiberTEAs! Frank always ROCKS the Honeybush! I’ll just throw that out there right now!!! This is really good! The aroma is sweet potato pie for sure! The taste is a bit more subtle but really tasty! The color of the liquor is lighter than I anticipated too but that’s ok because this is very good! Both hot and cold!

This smells quite wonderful. It has a strong cinnamon-y, ginger-y scent to it with a hint of sweet potato/yam in the background.

And it’s really yummy! I can taste a hint of buttery pastry flavor along with a sweet potato/yam taste. The spices are warm but not overwhelming and give this tisane some dimension. I like this a lot.

I wondered about this one. I’ve had the Adagio sweet potato pie (BLECH!) but love sweet potatoes, so I thought I’d try this one instead. I trust your judgment. I was hoping Adagio’s version didn’t speak for them all!

Pie is my most favorite dessert. When I get a sweet tooth, it’s what I want. And sweet potato pie is what I love more than anything – I love the texture and the taste and the spices and the crust. I even like that it’s seasonal because it means it’s that much more special since I only get it a few times a year.

So when this was the tea of the week I ordered it almost before I realized it – I wanted to see how well it could translate into tea. I steeped 3 tsp. of this into 500 ml of water for 10 minutes (I found that that was a perfect amount of time for the coconut cheesecake honeybush and it made the flavor super strong, so I used that as a starting point for this).

The aroma of the tisane struck me first – I didn’t think it smelled like sweet potato pie – definitely spicy and kind of gingery, but not what I recognize as sweet potato, or pie. My first brewed cup smelled very spicy. I drank it unsweetened and got more of the essence, rather than actual flavor of sweet potato (a starchy mouthfeel), and then alot of cinnamon on the swallow. I didn’t find any trace of the crust in the flavor this go around.

My second cup I sweetened with rock sugar, and it brought out some slight butter flavors from the crust. In general the sweetener helps to bring all the flavors together, rather than leaving you to experience them separately, and it strongly resembles the sweet potato pie I know and love. Still very strong on the cinnamon, but I like cinnamon, so I don’t really mind.

A solid tisane, especially if you’re a sweet potato person!

From yesterday, still another gift from QuiltGuppy!
I liked this but honestly, Honeybush is not a favorite of mine. Spiced like this with Sweet Potato as well, it was very good and had me thinking of late November days and Thanksgiving feasts.

I wasn’t such a huge fan of this. It’s a little cloying and doesn’t taste very much like sweet potato pie. It’s decent with honey and cream, but I like their other sweet honeybush blends much better.