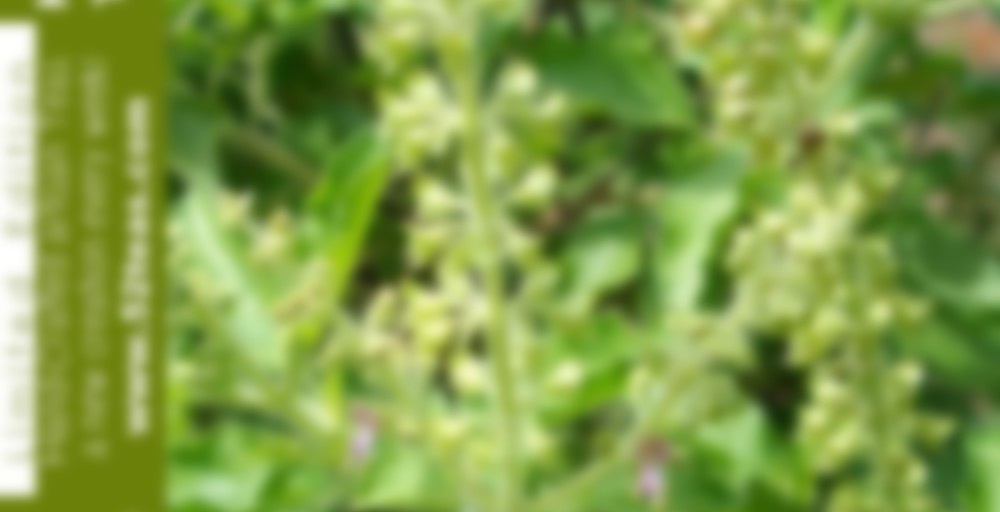 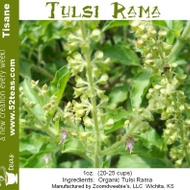 In preparation for next week’s tea of the week, I thought we would release some of this delicious organic Tulsi Rama with nothing added. This is a really unique tisane that gave me quite a challenge when it came to figuring out what to blend it with. The unadulterated tisane has a kind of licorice/anise flavor with citrusy notes and a touch of what tastes like black pepper right on the tip of your tongue. It is actually quite delicious hot or iced, and something about it is very soothing.

According to some sources, Tulsi has adaptogens, which reportedly help the body cope with stress. There is quite a lot of information out there about this tisane, which has been used in ayurvedic medicine and holds a place of importance in Hinduism.

Wow, just one tasting note? Really? Hmm. Anyways, my foray into plain tulsi begins now, thanks to massive anxiety and LiberTEAS (who provided the sample, she is not responsible for the anxiety, haha, we can blame my Masters project for that…)

Sooooo. Brewed, it smells… oddly familiar. I wonder if this is because it was in a blend I had from Verdant… although my initial thought was that it reminded me of guayusa or perhaps green mate. Kind of vegetal-y, but not in a pleasant green tea sort of way. More like… green leaves. Mixed with some mint, and some spicy. Yes, generic… “spicy”. Hrm. Hrrrrrrrrrmmmmm.

Oh, interesting – there’s a clovey note in here… in addition to the slight mint, and odd vegetal. Yes, definitely clove. Wondering if this picked up additional flavour from something else in my big box of teas…. though I have to say that it’s really not a bad addition here, if it is an addition.

So, more sipping and it’s really making me think of Good Morning Sunshine (Butiki), which leads me to think that tulsi is similar to guayusa. Of course, there’s no clovey flavour in there. But… you know. It still tastes similar.

I suppose I could add this up farther, but I’m thinking it now… I thought tulsi would taste more like regular basil. Clearly not.

Anyways, an interesting cup of tea. Probably not something I’d pick out often, but not too bad either. Here’s hoping it will calm me down at least a little…

OK… so before I sat down with this cup, I started feeling like I might be hungry (had an early dinner) and contemplated on what I should grab as a snack. Then I sat down, and started sipping on this… and… it has somehow satisfied my urge to want something a little savory. Certainly not something I expected from this, but I’m not disappointed by it either.

This has a lightly spiced flavor, a minty taste in the background and a slight citrus-y tone that is especially noticeable in the aftertaste. It is a little more savory than it is sweet, but there is enough sweetness in there to keep it interesting. Overall, it is a light bodied cuppa and pleasant tasting.

This is tasty. I definitely prefer Tulsi flavored or blended though.