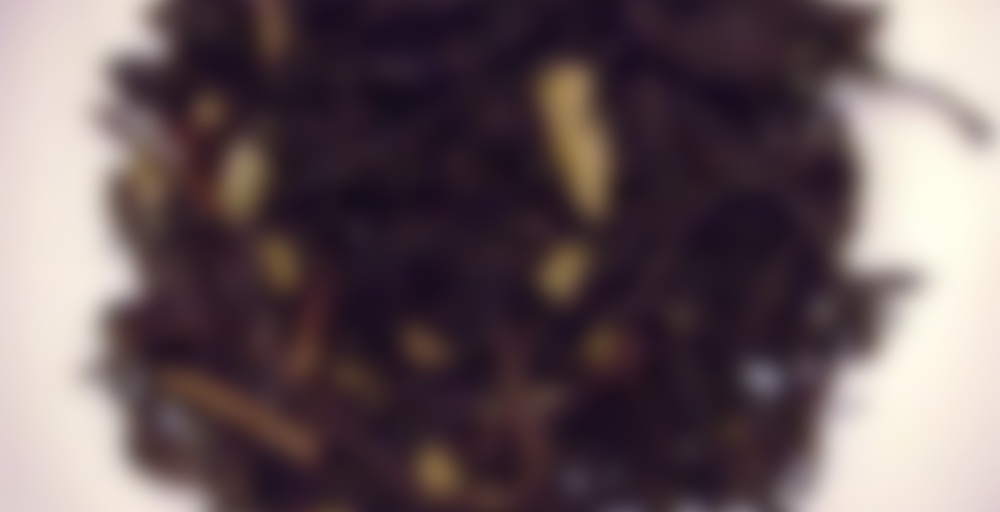 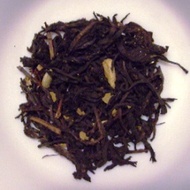 Chestnuts Roasting on an Open Fire

This is a special blend of black teas with a hint of Lapsang Souchong to give it that smoky touch that you’d experience from an open fire. Flavored with chestnut and caramel and just a hint of spice to give it that winter-y kind of appeal.

Fire on The Mountain

So uh, last night I went on a bit of a cupboard dive. I had multiple cardboard boxes of teas that I believed were all or mostly samples, or teas from companies I didn’t much care about – some Tealux, Della Terra, and others. Well, turns out that more than one of those boxes contained teas from Butiki, 52teas (Anne AND Frank), DavidsTea, Teavivre, and Verdant. So, added a bunch of familiar but forgotten teas to my spreadsheet last night, and now my 52teas count of unique teas has increased by another 10 – all of which are in the neighborhood of 5-6 years old.

I have not one, but two packets of this one – which is unfortunate, because it contains sunflower seeds, and at least in this opened packet, they are indeed rancid. I removed them and steeped it up anyhow, but it definitely adds a staleness to the tea. Aside from that flavour, this tea is a bit of a spiced, smokey lapsang souchong. I don’t really taste anything beyond that, and I don’t know if I ever did. I definitely don’t taste that chestnut flavour that’s so lovely in the Lupicia teas – I think it could be really good here, with the smokiness!

Yesterday, I may have spoken too soon when I posted on this tea. Today, it was ashtray like and really quite drying with an overlay of sunflower seed flavour and no caramel. Gah! Really not great.

The smoky was not a good smoky, but possibly could have provided a base flavour for the caramel to knit the smoke and the nuttiness together, but nope. Instead, it was these two disjointed flavours.

I will keep trying, of course, but I am wondering why I am having such a fickle experience when all the parameters are the same.

I don’t think I could drink another cup of something like what happened in my cup today.

I wonder if some of the flavouring you find is not evenly spread among the tea, and so each cup will have random proportions of ingredients?

I’ve thought that too. However, yesterday I just scooped from the top of the bag while today, I shook the bag thoroughly before scooping, so perhaps today was a better measure of what is going on there.

I’m sorry you had a bad experience with this tea today. Flavoring is pretty evenly spread because I want to avoid having a mismatch of flavors, and the tea is tumbled several times throughout the blending, curing and packaging process to help ensure mismatch of flavors. That said, though, shaking the pouch to make sure that all the ingredients are equally distributed – also I have come to realize that the same tea can taste different depending on the day and what I’ve had to drink/eat that day. Sometimes teas just don’t agree with us. I’m sorry that this one didn’t agree with you today. :(

Thank you, 52Teas. It is bound to happen. Not all of them can be stellar. And sometimes, even the stellar ones can vary, as you say.

It worked! I added chili powder, garlic powder, and black pepper and this now tastes a lot like beef jerky. It’s not quite as meaty, but it has all the other flavors I would expect to find. This would probably also be good to use in soup. Maybe I’ll try it with ramen noodles at some point…

One of my all-time favorite dessert teas is Roasted Chestnut from TeaSource, so I was curious to see how this one stacked up. Initially, I was turned off by the strong smoky scent the tea gave off as it brewed, but I’m so glad I gave it a chance anyway! There’s definitely some smoke going on in this blend, but it’s balanced by out by a bit of sweet caramel and a lot of rich, nutty flavor. I quite enjoyed my cup!

Thanks for your thoughts on this one. For Christmas this year, I’m planning on going a bit lighter on the Lapsang Souchong in the blend so that the chestnut flavor is more dominant.

Mmm, that sounds like it will be even more delicious!

Here’s Hoping Traveling Teabox – Round #5 – Tea #1
The teabox is back and signups are available for round six in the forums! Please join up if you’re in the US!
This is the first one I chose with barely a dive into the teas. It’s also the first of the NEW 52Teas blends I get to try! From a glance at the tasting notes, I like this one more than most (probably because of the Lapsang.) I’m not sure if the name is accurate, but this is a mighty tasty cup. It tastes like some sort of dessert (probably the nutmeg or caramel) but with some smokiness along with it. Sweet and cinnamon and thirst quenching. The second cup seems a little weaker though and most of the smoke is gone. Maybe those who don’t like the smoke can try the second steep and like it better?
Steep #1 // 1 1/2 teaspoons for a full mug// few minutes after boiling // 3 minute steep
Steep #2 // just boiled // 3-4 minute steep

So, all the reviews I’ve seen for this tea thus far have commented on how strong the Lapsang Souchong base is. However, it’s preciously because of that base that I was interested in this tea in the first place and asked Christina to send a sample when she passed along Teavivre things!

I made it last night when I got home from work, and it was splendid! However I can absolutely see why people have been commenting on the base because it was really strong. I’d argue that the tea was like 80% Lapsang Souchong with the last 20% (the finish) being a nice mix of nutty notes, cinnamon, and nutmeg which was quite lovely! For me, such an abundance of smoky/ashy Lapsang notes is a really nice, enjoyable thing because I quite like LS to start off with: but anyone who was hoping for more of the inverse ratio (80% nutty notes and spices, and 20% smoke) is going to struggle with this for sure. Oh, and for the record I added a splash of milk to this one. That may have also helped smooth out some roughness for the LS…

Thanks again Christina! I really liked this one a lot.

I kinda wish I had given you more, now! I know that this will be only an occasional tea for me. Are you taking part in the TTB?

I am! Depending on how things play out I may be the first or last person with the box, because I’m in the same city as both Lala and tigress_al.

So this tea is a light lapsang. But not so much with the chestnuts. Lupicia’s discontinued Chaud les Marrons! is still my definitive roasted chestnut tea.

I do like this lapsang, though, so I will happily drink everything that’s left in the baggie Sil sent.

The smokey flavor overtook all possibility for this tea unfortunately as many have said. I tried it twice and even at a lower temperature it still comes out that way. I think the suggestion for nextime would be a 60% keemun 40% lapsang mixture because keemun and lapsang go well with one another.

So, adding a bit of keemun would smooth things out a bit then with the existing blend. Thanks for the tip. Though I am fine with the smokiness, it is good to have options.

This one seemed too heavy on the Lapsang Souchong (or very well could since I do not like smokey Lapsang Souchong this didn’t work for me), with lots of charred nut notes and spice. The base is brisk and smokey. You’ll probably like this one if you love a smokey tea, but for me this was the weakest of the holiday teas this year from 52 Teas. Sad, as I really like chestnut teas!

Full review, along with the other 52 Teas Holiday teas on Oolong Owl http://oolongowl.com/52-teas-2015-holiday-teas-tea-review/

Ooh, I love smokey teas. I’ll have to give this one a try.

This tea is supposed to combine the flavours of nuts, smoke, and caramel to result in something suitably wintry and festive. There aren’t any whole chestnuts in the tea, though — the nutty chunks in the tea are actually hulled sunflower seeds.

Unfortunately, when I brewed this, I didn’t taste much else beyond the smoke of the Lapsang. I didn’t get much in the way of nuts or caramel. Lapsang Souchong in and of itself isn’t a bad tea, but it’s the sort of thing you really need to blend with other foods to get a complementary effect, like a nice meaty slice of pizza or a square of dark chocolate. Although this tea is attempting to do the same on its own, the sparks didn’t fly here. I’ll need to try it again and see if varying the steep time or adding some sugar will improve things.