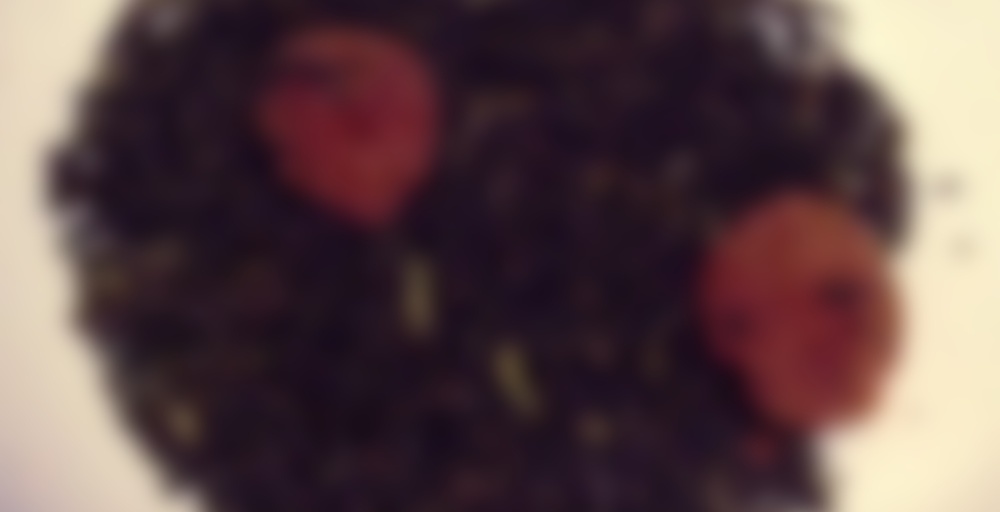 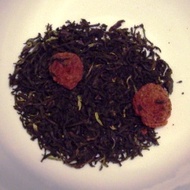 I started with my go-to black tea base of organic Indian and Chinese teas but after the initial taste test, I decided that with these flavors, it needed a little more – something. So I added some of Verdant Tea’s Laoshan black teas to round out the flavor and give the tea a little more depth. And – WOW! It worked! Freeze-dried raspberries and all natural flavors bring this tea to life!

This tea has great flavor. It’s strong and malty with good raspberry notes. I probably steeped it too long, which has been a theme this week.

I’m not familiar with a zabaglione so I looked it up. It looks like a pudding or custard that is flavored with wine or other spirits. I’m not really tasting any of these flavors though.

I’m back at work this week, so I brought some new teas with me (or I suppose what I really mean is “untried” teas…) to ease the pain. Not that my week off was so great – I’m trying to buy a flat (with the emphasis very much on trying), and so in some ways it was a lot more stressful than being at work.

Anyway, the tea. I still gravitate towards black tea and milk when I’m in need of comfort, so that’s what I did today. I used 1.5 tsp of leaf for my cup, and gave it 4 minutes in boiling water. I added a splash of milk (partly to help with the “zabaglione” effect…) but in all honesty, it would have been fine without. It smells delicious – creamy candy raspberry. There was at least one whole (large!) raspberry in my cup, so that gives me hope. I have memories of my beloved 52Teas Raspberry Cream…

My verdict is that it’s pretty good. I can definitely taste raspberry, and it’s not as artificial/candy-like as the scent would suggest. There’s a tartness alongside the sweetness that’s very much reminiscent of fresh raspberries. There’s also a creaminess, although it’s not as well defined as the raspberry. It’s not making me think custard, and it’s not super dessert-like, but it’s pretty good. Raspberries and cream is what I’m getting from this one, and since that’s what I was hoping for, I consider myself satisfied.

The black tea base works well, maybe better than I thought it would. It doesn’t overpower either of the flavourings, and even though I left it quite a long time, there’s absolutely no bitterness or astringency. It’s a definite contender for Raspberry Cream’s crown!

I’d buy more of this one if I could, but (alas) the nature of 52Teas is such that I don’t think it’s currently possible. If it was to make a return, though, I’d definitely be there!

This was in my grabbag a few months ago. So it might be a little older for a tasting note but it tasted the same when I steeped it up then. I definitely have two big pieces of raspberries in my infuser! And the pouch of dry leaves certainly has the scent of lovely raspberries (my favorite!) As then and now, the flavor to me is mostly raspberry and the black tea I’m not immensely interested in. Whatever zabaglione is, I’m not tasting much of that here. With a fresher blend, that might have been different though the August grabbags wasn’t TOO far away from when this tea was created that past April. I love raspberries anyway!
Steep #1 // 1 1/2 tsp. for full mug // 10 minute after boiling // 3- 4 minute steep
Steep #2 // just boiled // 4 minute steep

I have been so obsessed with 52Teas lately. The concept of a new blend every week is so tempting! Also, they sent me another freebie in my order?? A full sized Gingerbread Chai! I don’t know what I did, but I’m grateful!

I should start this review with a disclaimer that I’m sick with a cold and my tasting ability is somewhat off.

First of all, I’m really impressed by the big, whole raspberries in this. Yum! I felt bad tossing them out with the leaves. Maybe next time I’ll give one a nibble. The aroma is also lovely, like a fruity, raspberry dessert. Or raspberry candy.

I know there are more aspects to this tea besides lush berry, but it’s kind of all I can taste. There is a mild note of cocoa, yes. It’s mostly in the exhale and aftertaste. I’m not getting the custard notes others have mentioned. But they might be there?

Will add steeping details later as I’m on mobile and the sliders are not wanting to cooperate.

I’ve never had zabaglione before, but if it tastes like this tea smells, I want to! The dry leaf has a mouth-watering aroma of creamy custard and raspberries. The flavor doesn’t quite match up to the scent, but it’s still quite delicious: lots of sweet, fresh raspberries with a hint of cocoa from the black base. I can still smell a hint of custard, but I’m not really tasting it.

I was a huge fan of the original Strawberry Zabaglione so you really didn’t have to twist my arm that hard to convince me to try this tea. I found the raspberry flavour to be nice and strong and natural-tasting – and not hibiscus pretending to be raspberry. However this doesn’t really have the creamy, custardy flavour that I loved about the original strawberry zabaglione blend.