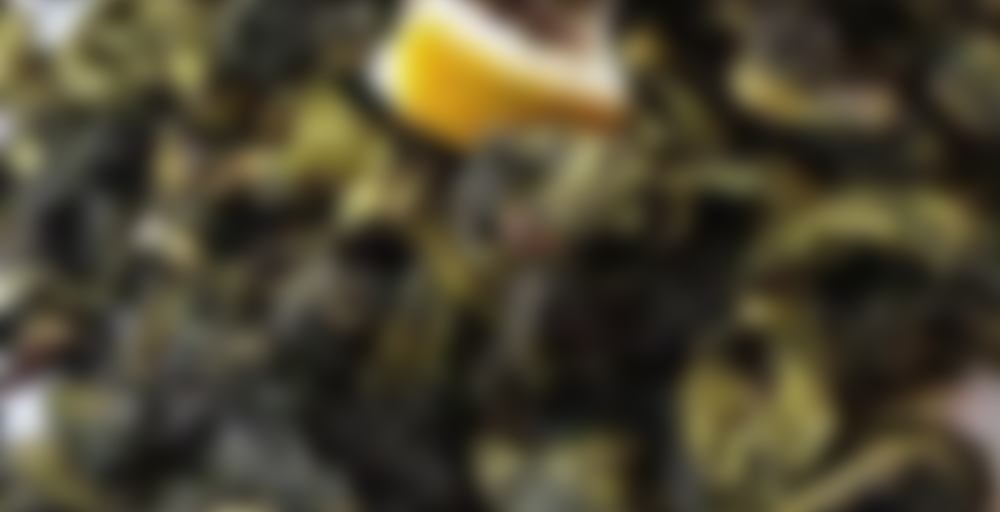 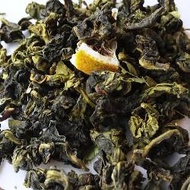 I created this tea for one of our 52Teas Ambassadors who wanted a lime sugar cookie oolong. So I pulled out all the stops for this special customer! I used a very special TieGuanYin from Verdant Tea and blended it with dried lime segments and lime leaves to give it a delightful lime note. The cookie notes are buttery and sweet which tone down some of the tarty notes of the lime without obscuring the bright lime flavor. Then I added some beautiful lime green edible glitter (don’t worry, it’s vegan!) There isn’t a lot of glitter to this, just enough to add a little bit of shimmer to the dry leaf.

The natural creamy notes of the Oolong meld beautifully with the flavors of lime and buttery cookie. The first infusion of the leaves has a softer buttery taste and mouthfeel while the second infusion has a stronger lime note – both infusions are really delicious so I highly recommend resteeping these leaves!

This tea truly is sublime!

Similar to Banana Marshmallow Treat, I found a half-packet of this as well, and have a full packet that was already recorded on my spreadsheet. This has to be from 2016, as I don’t believe this tea has ever been reblended.

Nice to have come across another lime tea so soon after yesterday’s Lemon-Lime Meringue Kukicha! This one has the bonus of a reasonably tasty oolong base, and is a little less citrussy, with a bit of a herbaceous component (unsure what, exactly). I don’t really taste cookie, and I do believe that this tea used to have more flavour, but it’s still pretty good.

Sidenote: has anyone else noticed that teas with lime flavouring tend to get a rotten flavour if they sit in the cup too long? I’m notorious for letting tea cool down and sit for probably up to a day; it was either this tea or the kukicha that I just let sit overnight and sipped in the morning – yuck! Tossed it. Not an isolated incident, either, and also not isolated to 52teas – same thing with Butiki’s Lime Marshmallow.