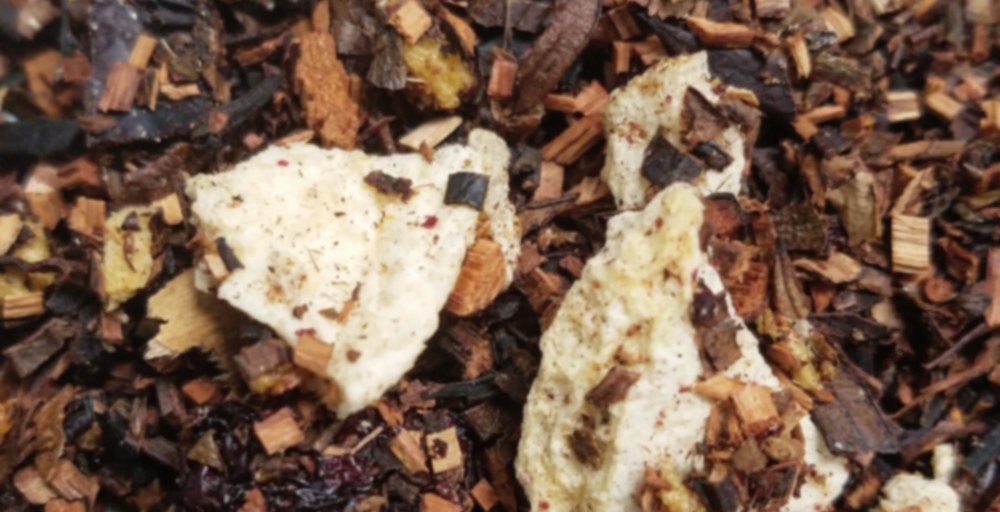 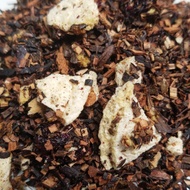 Nothing says “summertime” to me more than the flavors of juicy stone fruits – and my favorite stone fruit dessert is a cobbler, fresh out of the oven! My gramma made extraordinary cobblers and most were made from the fruit grown on her trees in the backyard. She made peach cobbler, apricot cobbler, plum cobbler and occasionally, she’d even make cherry cobbler. I’d be hard pressed to decide which of these cobblers I preferred, so rather than choosing just one of these fruits to craft a fruit cobbler inspired tisane this month, I decided to put all four fruit flavors into one cobbler: a Stone Fruit Cobbler! Yummy!

I started with an organic honeybush base and added lots of freeze-dried peaches & apricots, organic dried angelino plums & freeze-dried dark cherries. I added a touch of essence to give it a pastry note (because what’s a cobbler without that pillow-y crust?) and some cinnamon pieces.

The result is a cobbler-esque taste in a naturally caffeine-free cuppa. The combination of fruits creates more of a medley of fruit tastes – rather than one distinct fruit note, you taste an array of juicy summer stone fruits in every sip.

This one tastes nice iced and it also makes for a really lovely hot, nighttime cuppa!

Everytime I have this I’m reminded that it’s actually quite delicious.

Peach is also present but it’s a baked peach flavor that isn’t overwhelming.

this one is just middle of the road for me the last few times i’ve had it. It’s never something i want to pull out of my cupboard – it’s just a non caffeine option that i’ll drink when i want tea. It’s not offensive, but it’s not delightful and is for sure a weaker offering from 52 teas. But it’s not a BAD tea…it’s just nothing crazy yummy…if that makes sense.