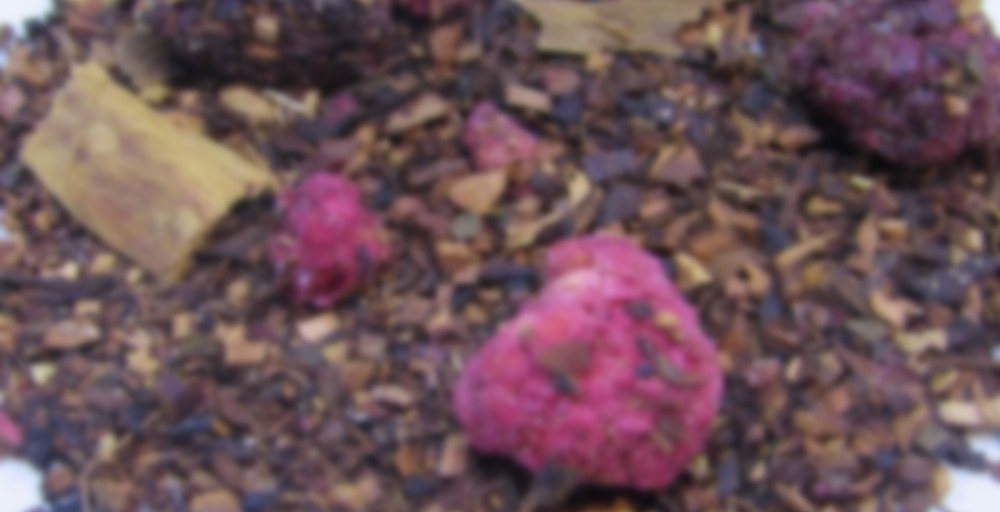 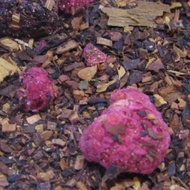 52Teas have done a few different versions of Razzleberry teas – and while some have been better than others, I am comfortable saying that they were all really tasty. Having already done a Razzleberry rooibos, I didn’t want to go with Razzleberry Honeybush without something else to set it apart – you know, other than the base.

So for this blend, I started with organic honeybush & added some muffin-ish essence (including a bit of brown sugar essence to give the cup a bit of a sweet, streusel-like taste & just a hint of butter essence – because what’s a muffin without a bit of butter?). To that, I’ve added lots of raspberries & blackberries because . . . razzleberry. I also added some bits of cinnamon & freshly shaved nutmeg for a touch of warm spice.

The resulting cup is rather delicious! It’s sweet, it has a freshly baked flavor going on – and of course, it’s juicy with berry flavor that’s pleasantly sweet with just a touch of tart to keep things interesting.

Eh, the flavouring tastes a bit plasticky here and I don’t really like it. It’s not offensive, but doesn’t really taste like raspberry muffin to me at all.

A very balanced blend. The woodiness of honeybush is well complemented by the sweet-and-sour taste of raspberries and blueberries, with cinnamon providing a gentle background. And the dried raspberries are cute.

It requires an extended time for steeping and high leaf-to-water ratio and results in a warming, cosy drink.