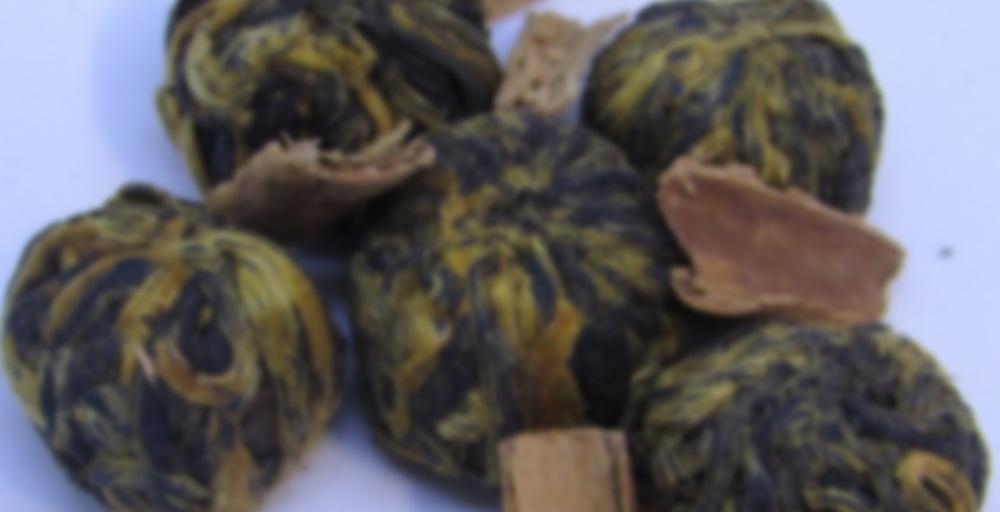 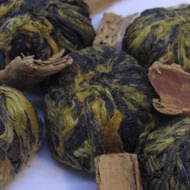 This year, I wanted to do something really special for our fifth anniversary – and here it is! I got a hold of some beautiful Yunnan Black Pearls – these pearls are big – one pearl is enough for one cup (although if you want a stronger brew, you might want to use a little less water than usual!) Then I added essence to the pearls to create a smooth blend of tea & french toast flavors, complete with a drizzle of maple syrup!

This blend really is a sublime taste of both tea & french toast – there is a smooth balance of the two flavors. The french toast has a note of sweet Sri Lankan cinnamon & a kiss of maple syrup. The black tea is remarkably smooth – I am not picking up on any astringency to this – just smooth, satisfying black tea & french toast. It’s like breakfast in a teacup!

But unlike a plate of french toast, this is VEGAN. It’s also gluten-free & allergen-free!

This tea is not going to hang around forever & since I don’t usually keep pearls in stock, this one won’t be on the reblend list anytime soon. That is to say – grab a pouch of this tea while it’s here, ‘cause when it’s gone, it’ll be gone for a while! Gluten-free, allergen-free & VEGAN.

A Taster Pouch contains 4 pearls plus some cinnamon chips.

please note: some of the labels were printed before it was noticed that we forgot to include the “organic” for the cinnamon & natural flavors.

This is really good! Yeah, I know, I say that a lot! I mean it every time I say it – but I gotta admit – I’ve really been looking forward to this blend. It’s my first time working with the pearls, and based on this flavor – it probably won’t be my last!

As I mention in the above description, it really is a really harmonious combination of tea and french toast. The tea doesn’t overwhelm nor does it get overwhelmed here. I get that smooth, rich flavor of a quality Yunnan black tea along with the notes of cinnamon, french toast & maple syrup.

It is important to allow this tea to cool a bit before you drink it – the flavors develop with the cooling time. I also find that a wee amount of sugar will enhance the overall experience – it brings out the flavors just a bit. It’s still really tasty without the sugar, but it becomes a different experience with the addition of the sugar – so if you can afford those few calories, it’s a recommended addition.

here’s how I brew it:

to brew: I use 1 pearl plus a couple of the cinnamon chips per 8 ounces of near boiling water. (Yeah, you should use less water this time, because it helps to concentrate the flavor just a bit more.) I heat the water to 205°F – as usual with my black teas – and then I allow it to steep for 4 minutes. strain & allow to cool for at least 10 minutes. enjoy!

The pearls can be infused a second time for another cup – be sure to add at least 30 seconds for the resteep (I recommend 1 full additional minute for the resteep.)

I didn’t test this as a cold-brew – to be honest, when it comes to teas like a pancake breakfast tea or this – a french toast tea – I generally only hot-brew those teas because I think they just – simply taste better as a hot beverage.

Backlogged sipdown. Like this one but always want more eggy/creaminess.

Thank you Sil! for the share. I think for me this sounded more exciting than it was. It definitely had a great maple flavor, and I don’t even know if its supposed to but it did. Malty, bready, cinnamon and maple. So overall definitely captures cinnamon french toast. However, for some reason I thought there would be more. I don’t even know what is missing but I feel like it needs something more.

Grandpa style mug this morning. Still love this. No bitterness at all. Need comfort today.

I may have been a little apprehensive about this one. Cinnamon has really dropped to the bottom of my preferred ingredients as of late.

Thankfully, the pearls themselves, and possibly the additional flavours, prevent this one from becoming a one note tea! The Yunnan Pearls have delicious honey and malt notes, which gives this tea both a thick “bready” and vibrant sugar liquid quality. There’s something buttery happening too which means.. pancakes. Yep, this tastes like pancakes, or its french toast namesake. Syrupy breakfast “bread stuffs” that are so soggy with butter and sugar that they’re nearing a liquid state.

I had a cup today without milk and another with milk after I accidentally let it steep for +10 minutes ( it didn’t get bitter and stayed super smooth, like the good Yunnan Black tea that it is). Both cups were great, although the latte was extra rich!