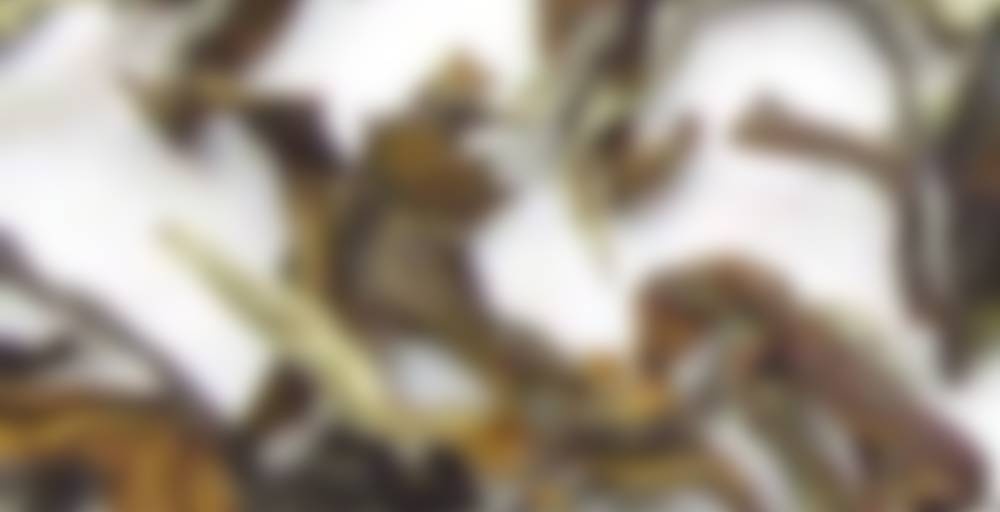 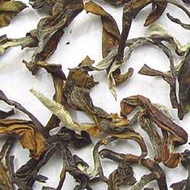 One of the finest semifermented teas in the world. The liquor is somewhat amber-coloured and hints of chestnut and honey flavours. A very aromatic cup and a fine evening tea. 8 – 10 minutes Semi-fermented teas have become the great speciality of Formosa, and some of the most aromatic teas in the world are produced here. The green teas from Formosa are well known for their unique, mild and elegant taste. These teas contain no tannic acids and will never go bitter.

Here’s one from the work stash. It’s a new one we haven’t had before, and I drank it for the first time today, taking a few quick notes.

This was one that the boss picked. We tend to buy some flavoured and some unflavoured when we buy, some black and some oolong. Our two flavoureds are still the raspberry oolong and the late summer blend, both of which are nommy. I don’t suspect those two are going to change for a long while yet. They’re the sort of teas that it’s difficult to be finished with. Unlike the green Bolivia, which we both seem to like less and less every time we have it. We’ll never be rid of that stuff.

Did I mention I was sceptical? The last time I had something called Formosa Oolong, it was from a different shop, yes, but it was SO BORING as to almost turn me off Taiwanese oolongs all together. That’s boring. It had no character. It was lackluster. It was… lifeless.

So I was sceptical.

But I wasn’t in a flavoured mood and I was freezing, so I was rather in a hurry to pick something. Europe is a deep-freezer at the moment. It was -10°C when I was walking to work this morning, and -6°C when I was walking home. And we’re getting off easy in Denmark. Look up Ukraine. Then be glad you don’t live there. shivers

Yes, but when are you getting to the point, Ang? I hear you ask. The answer is now.

I don’t often bother to describe the leaves of a tea unless there’s something about them that strikes me as unusual or noteworthy. Most of the time, when I try, I find myself just looking at me and concluding that they are leaves that look like tea leaves and something they are large and sometimes they are small. These had so many different colours. They were primarily ranging from golden to dark brown, which I didn’t find particularly unusual, but then there were some of them that had white bits on them. At first glance, it looked exactly like they were mouldy! They weren’t, obviously, they’re supposed to look like that, but it was a moment of annoyance when for a second I thought that we had in our recent order had one possibly mislabeled tea and one ruined tea. It would be very unlike ACP, though, so I pulled myself back together and confirmed that I was indeed being paranoid.

Then I smelled the leaves. That a pretty aroma! That was nothing like the above mentioned dead lack of success. Nothing at all. It was all sweet and honey-like, and it had just the teensiest hint of something floral. It smelled like sweets, really.

This took care of some of my scepticism. This was definitely nothing like I was expecting and thank all deities for that. The aroma as well as the flavour was all nutty and chocolate-y. ACP says chestnuts and honey, but I disagree. It was hazelnuts for me.

Ever wondered about a Nutella tea? Hazelnuts and chocolate, this is one. It’s not as creamy as Nutella, for obvious reasons, nor is it as extremely sweet, but it’s definitely that sort of flavour profile I’m getting out of it.

How interesting! That was the sort of thing I had expected to find in the oolong I was hoping the boss would choose. She wasn’t at work today, so I don’t think she has tried it yet, but I’m looking forward to hearing what she thinks.

Also, this is another example of ACP’s ridiculous steep time recommendations. 8-10 minutes! I don’t think so, ACP! I like my tea still drinkable, thank you, and not stewed. I really wonder where they get these crazy times from. It’s all their teas, and they don’t give a leaf amount recommendation. They can’t be using very much at those times.

Now, somebody revive the gong-fu drinkers. There appear to have been some instances of fainting…

A naturally flavored Nutella tea??? Quite a vision, I’m all for that!

Yup, something along those lines. :)