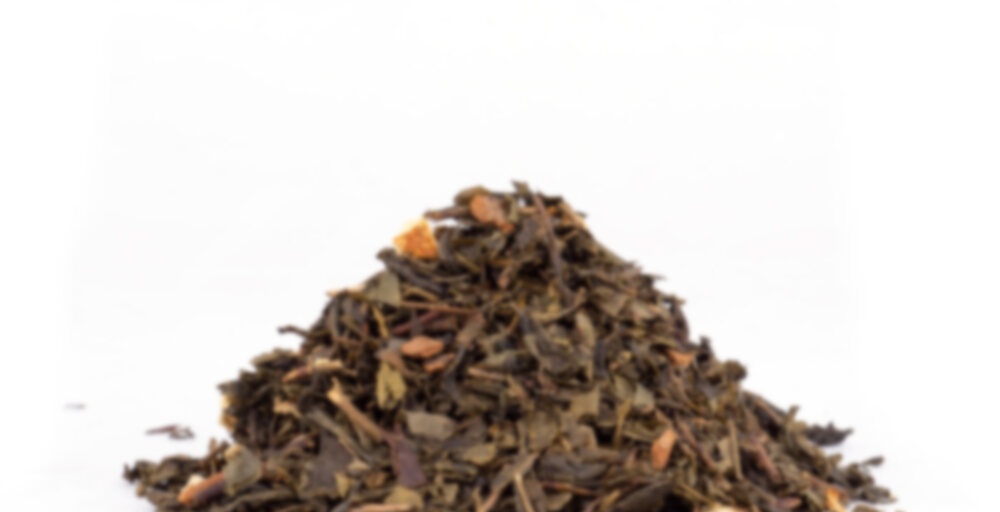 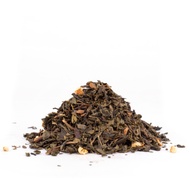 This one smells like H&S Cinnamon Spice, wow. Extreme cinnamon heart candy! I never got too excited for green teas, but let’s see how this one pans out – thus far A.C. Perch has impressed me.

It looks like Angrboda mentions clove and I’m not seeing that in the ingredients — perhaps they’ve changed the recipe for this tea over the years.

The taste is actually much more subtle and light. Granted, I lowered the steeping time from 5 to 3 minutes, so perhaps that’s playing a part in how subtle the flavours are. It’s delicious! There’s a cinnamon heat paired with a cinnamon sweetness, but it’s not in your face at all (not liquified cinnamon hearts). The green tea base is unassuming, yet smooth. Really lovely tea!

I was telling SuperAnna about angrboda last night! I miss her on here!

I miss her too!

Another Christmas tea? I know it’s a Christmas calendar and all, but come on! Are we going to have to go through Christmas blends on every single bloody base imaginable? In that event this Christmas calendar was rather a waste of money for me, because I don’t generally care much for Christmas blends in general. Too many spices. And as I feel like I’ve mentioned a hundred thousand times all ready since opening the first box of this calendar, I do not care for spices in my drinks. In food, yes. In baked goods, yes. But I do not wish to drink them.

I really do hope that it will turn out they’ve taken advantage of this concept to showcase some of all the nice non-Christmas-y things they’ve got, but so far we’ve had two Christmas blends and a chai in the space of four days, and while I know chai isn’t actually a Christmas blend as such, it’s still a spiced tea which uses a lot of spices commonly associated with Christmas, so it’s close e-bloody-nough.

Anyway, this one has rose petals in it, and it smells like it has been very heavily spiced. In fact it rather… stinks. Well, sorry, but it does. Based on the smell alone, I am not keen. It smells very ginger-y and clove-y too, which isn’t helping any either. Not so much a problem with the cloves as it’s a problem with the ginger. I don’t care for ginger. Which is part of what brought on the above frustrated mini-rant.

I am drinking a cup of ginger-y, clove-y, cinnamon-y, cardamum-y, vaguely orange-y water. There may be green tea in here somewhere, but it’s thoroughly drowned in spices. I don’t even know which spices are in here apart from ginger. I know that must be there, due to the unpleasant burn in my mouth. The rest? No idea. The above is a list of fairly random guesses, because this is spiced to the point where I can just say ‘spicy’ but that’s it. Generic spice and ginger. Can’t say I’m finding this particularly enjoyable. I suppose it’s drinkable, but I find I just don’t want to.

The only upside to this is, at least I shouldn’t encounter it in the calendar again…

I’m surprised that they’re having Christmas teas so early in the calendar! I would think they would wait until it was close to Christmas. :(

I know! I would have put that in the last box. Especially when it’s 10 gram samples, so it’s not even something you can have up through the month. Unless they’re putting them near the beginning so that people (who like them) will buy more of it already this year.