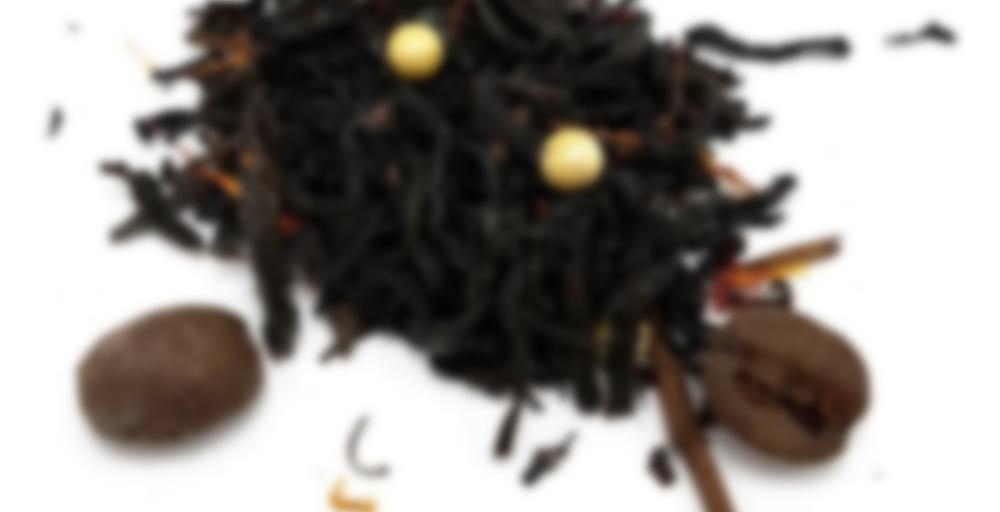 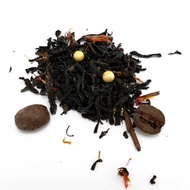 Just like a brisk cup of coffee with a subtle jamminess, sweet cream, and whisky.

I is for… Irish Coffee Keemun!

This tea smells good, nice and creamy, but there’s an odd, vegetal(?) note here that reminds me of some white teas – and that I don’t really care for. It’s… almost minty?But not quite. It’s possible that it’s the “whiskey” flavouring, or alternately, an element of the “irish coffee” flavouring is responsible, I’m not sure. I don’t think it’s coming from the keemun base. (It actually has occurred to me that this has sat so long, it’s possible that it was adjacent to a minty tea and absorbed some flavour, but hopefully not). The flavour has this same vegetal note, along with coffee/cream flavours, but that note is definitely affecting the experience of drinking it.

Either way, an ok cup, not a favourite, but obviously for the best since it’s unavailable!

For this month’s summer vacation sipdown theme, I’m having this Irish coffee tea from AQ2T. I did a quick search and it seems that Irish coffee did originate in Ireland. I’m working so no whiskey, but I added some brown sugar and a layer of whipped cream on top after looking through some recipes online. I overwhipped my cream so it was stiff and not pourable but still as tasty. The coffee flavor is light but noticeable. It may be the addition of brown sugar and cream but I am also tasting caramel. The caffeine is too much for me and I don’t like the flavor enough for it to be worth it. In the end, I gulped this one quickly just to get it over with. Not a fan.

I’m alive…around…drinking tea..just not writing about it. I feel terrible as i have a sample from justea that i need to review and drink but haven’t had a spare moment to focus on it – here’s hoping this weekend will work. Finished this one off if only to get a tiny bit more progress on sipdown goals for May. Ending the month with 61 teas and about 2900g. That will go up slightly in June but on the upside, i’m still meeting my weight goal AND it might be lower than that, since i haven’t weighed my cupboard to really be sure. woot woot. This one was enjoyable but nothing i need to restock. there are others i prefer from AQt2

This smells AH-MAZING! Absolutely amazing. So creamy and mouthwatering. The taste has a bit more going on though. Creamy, yes. But also whiskey flavored. And an underlying coffee note. It is good, though maybe I am not the target audience since I am neither a coffee nor whiskey drinker. Nonetheless, if I am still liking this, I can see others being quite pleased.

doh. lol another one for me to try