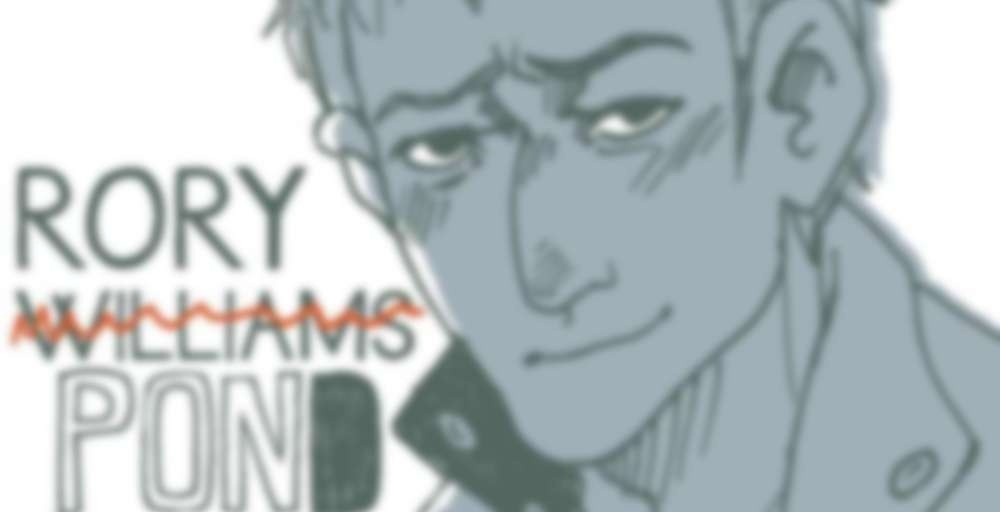 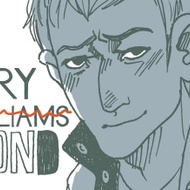 Sweet, Strong, and Resilient, Rory is the cuppa that won’t quit.

If you’re going to drink Amy…you really should drink her with Rory. This one might be my favourite of the blends so far, and not just ’cause rory makes me happy. I am a fan of the black/green vanilla with just a hint of sweet potato. Yep…i can get behind this one.

That one sounds similar to the Bilbo Brew I was so in love with, also conceived by Cara McGee.

I’m so in love with this tea. Nothing helps post-ER trip recovery like a cup of this blend. Rory is absolutely the best nurse possible. The tea is sweet and comforting, and smells absolutely delicious. In a way, it reminds me of sweet potatoes with marshmallows and brown sugar on Thanksgiving, but the sweet potato is definitely not too overpowering. This one’s a new favourite.

You make this sounds utterly delicious. So excited to place my first order with Adagio, this sounds like a perfect blend to try.

Ah, Rory the Roman. I drank this earlier watching the end of DW series 5 and it was tasty as always. My version of this blend is the old one with sweet potato, and I really think that that’s the element that makes this tea so yummy. I’m sad that it got discontinued, because I’d likely keep this in stock if it were still a part of the blend. I didn’t review Amy or 11 when I drank them but I’m finished going through my DW sampler again now. I’ll give more detailed notes on those (and this) later but for now I’m concentrating on my Butiki stash.

Drank with milk and sugar.

This is another of my older teas, so I have the original blend with the sweet potato. I consider myself lucky. I’m a little wary of black/green blends, probably because I’ve messed them up royally before, but I think I’ve worked out how to treat them now. I used 1 tsp of leaf for my cup, and gave it 3.5 minutes in boiling water. I figured that would be okay, since there’s not a great deal of green tea in this blend as far as I can see. The scent of the brewed tea is sweet with a hint of spiciness lurking behind.

To taste, I’m picking up strong initial notes of sweet potato. It’s wonderfully creamy, sweet, and almost a little starchy in flavour. Underlying, there’s the thicker maltiness of the irish breakfast, with just a hint of something cinnamon-like. There’s also a very slight edge of sweetness from the vanilla, with just a touch of dankness from the green tea. It sounds odd, but it’s actually a combination that works pretty well in practice. It’s a really great autumn tea, with its delicious sweet potato notes and creamy sweetness. I’m not entirely sure where the spiciness is coming from, but it seems to build with successive sips and leaves a pleasant warmth at the back of the throat. I really enjoyed my cup, and I’ll savour the rest of my sample tin over the coming months. This might become my cold day go-to for a bit.

Sipdown! …989… (That’s tonight’s final count. Yikes.) Thanks to Sil for a surprise sample of this and some other Adagio fandom blends!

I wasn’t sure what was in this, but it looked like there was some green… so I brewed it accordingly, not wanting to risk it. I still haven’t checked to see if I was correct, but it’s pretty tasty, so at least I didn’t mess it up! To me, this is a smooth, sweet blend – there are raisiny tones coming out post-sip, and there’s something creamy in here – perhaps vanilla? I’m not identifying much else, but I am enjoying this cup of creamy raisiny goodness… while playing Doctor Who Legacy on my phone. Heh.

haha only a surprise because you forgot you asked to try them :P

Still a surprise!! The only teas I knew I was getting were Lupicia and I wasn’t sure if there was one more round of blends club.

I enjoyed this cup, but honestly my tastebuds must be crap because I couldn’t have identified any of the notes in this (sweet potatoes?) without the help.

I mean I guess I kind of could tell, but yeah. Unrefined.

Thanks for sending it along, Sil!
I did like drinking it!

I actually made this a few night ago, but then I forgot about it and it got cold so I had to pour it out. But the sip I had just after brewing it was pretty good, so I figured I’d make it again.
This has a nice vanilla scent with something heavier behind it. I’m guessing that’s the sweet potato? Not sure since I’ve never had another tea with sweet potato in it, so I can’t say for certain.
Taste wise it’s a bit blah straight. Adding a bit of Truvia makes the vanilla pop and mellows the irish breakfast. The sweet potato is just kinda there with a bit of cinnamon/spice and a fuller flavor. Not detracting, just adding to it. Definitely better with sugar added, for me at least.
The version I’m reviewing here is actually different than the one that’s currently on the Adagio website (and the updated info here). The newer version just has Irish Breakfast & Vanilla Green, while the version I have has Sweet Potato as well (which Adagio has since discontinued). I got one of the (also now discontinued) Doctor Who 10 tin sampler sets from one of the stores that had the original blend in it. I’ll probly one day get a sample of the new version to try, but I’m rather disappointed that I won’t be able to get this particular blend again because it’s actually really nice.
I’ll just have to enjoy the rest of the little tin I have. Lol.

Oh I didn’t know Adagio had discontinued their Sweet Potato tea. That’s really disappointing; I so desperately wanted to try it, and the main reason I liked Rory’s blend was because of the Sweet Potato. Boo.

Yeah. It was back before Christmas I think. It’s kinda a bummer since there were some really great blends that included it (Bilbo’s Brew is the other one that comes to mind). According to some of the newer Adagio reviews, the blend doesn’t really suffer from not having the sweet potato in it, but until I try that myself, I can’t confirm that.

:| I was busy working when I drank this and I can’t remember how it was.
Poor Rory. Poor forgettable Rory.
(never! <3)

Final Doctor Who tea in my small round of Doctor Who inspired teas from different companies. I think it’d be very wrong to do a round of DW teas and not include an Adagio fan blend…

Perhaps interestingly though, I think this is the one Adagio fan blend that I may have been more interested in because of what’s in it as opposed to the character it’s inspired by. I mean, don’t get me wrong, I adore Rory! In fact, I think Rory is my favourite of Eleven’s companions. But I’ve been super fascinated by the idea of Sweet Potato Tea since first hearing about it, and I’ve been dying to get my hands on any Sweet Potato tea to try it – and this has Adagio’s SP blend in it so that’s where my attention was/is most focused.

Steeped up, this is really really interesting. It’s got such a unique flavour with components that I’d struggling a little to pick out. The most noticeable is the creamy vanilla and then I think I do taste the sweet potato. It’s a familiar sweet, starchy flavour and I think it compliments the vanilla really well. Reading other people’s reviews they compare it to sweet potatoes with brown sugar and marshmallow and I believe I’ve also read similar comparisons on other Sweet Potato teas especially when tied into Thanksgiving. Is that an American thing? I’ve never heard of someone having that particular combination in Canada. It sounds weird to me, but good as well.

I wish I had more of this so I could play around: I think it’d be good with milk and I’m wondering if a pinch of salt would bring out the sweet potato more in the same way that salt brings out the potato flavourings in Butiki’s Potato Pancakes and Applesauce Green Blend (which I find I am now craving). I’m going to add this one back onto my wishlist because I think I would order it – and I’d definitely drink it again.

I want more Sweet Potato things! Thanks Sil for this sample!

EDIT: Oh, and yeah – I think this was a good blend for Rory. Seems to match to character, so go Cara!

I’ve only seen sweet potatoes with marshmallows a couple of times but it’s definitely very American (and very delicious!)

This is a very warm and comforting cup of tea, and it has a nice hint of sweet potato pie in the flavor. I think it tastes best with a splash of milk and maybe a bit of sugar, depending on what I’m feeling for. Good for a cold winter’s evening!