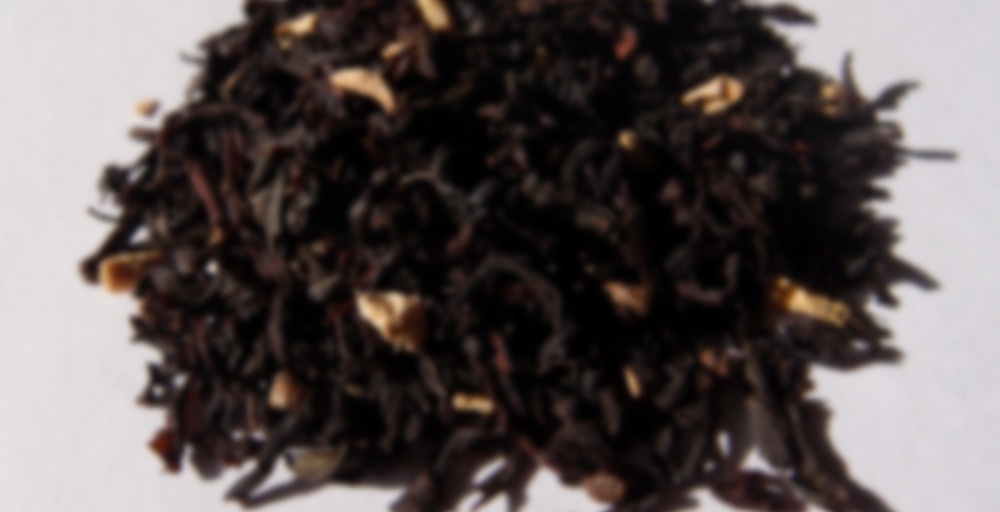 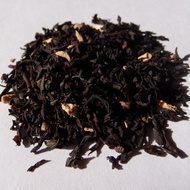 A blend for cold mornings when it’s hard to get out of bed. Notes of smoke, burnt sugar, creamy vanilla, and spices. 10% Lapsang Souchong, 20% Vanilla, 70% Caramel.

I know I still have one last Teavivre oolong to review, but I am in the mood for something strong, smoky, and spiced.

I blended this tea with good intentions. The idea of a lightly smoky caramel chai seemed like heaven when I was adjusting the ingredients. 70% decadent caramel, 20% gentle vanilla, and 10% lapsang souchong. Just 10%! Literally the least I could add. Then it’s topped with ginger and cardamom. If I could have added cinnamon, I would have, but I ran out of options.

When I opened the pouch, a familiar but unexpected scent hit me. Barbecue. Yep. Something about the sweet caramel aroma mixed with the lapsang’s smokiness smells like ribs. Ribs and cardamom. Oh. Oh no. What have I done?

However, the flavor is not as scary at all! I added a splash of milk and a little sweetener. It really is a nice caramel with a finish of vanilla, braced by ceylon and campfire. The cardamom and ginger don’t shine through too strongly, unfortunately. The lapsang definitely does add a sort of “meaty” taste to it. Like well-done bacon. If I could blend this again, I think instead of the lapsang, I might go with plain cinnamon tea. Hmm. It’s good, but it’s a little odd.

Not going to rate it because it’s my own blend. But if you’re really, really curious, here’s the link: http://www.adagio.com/signature_blend/blend.html?blend=79023