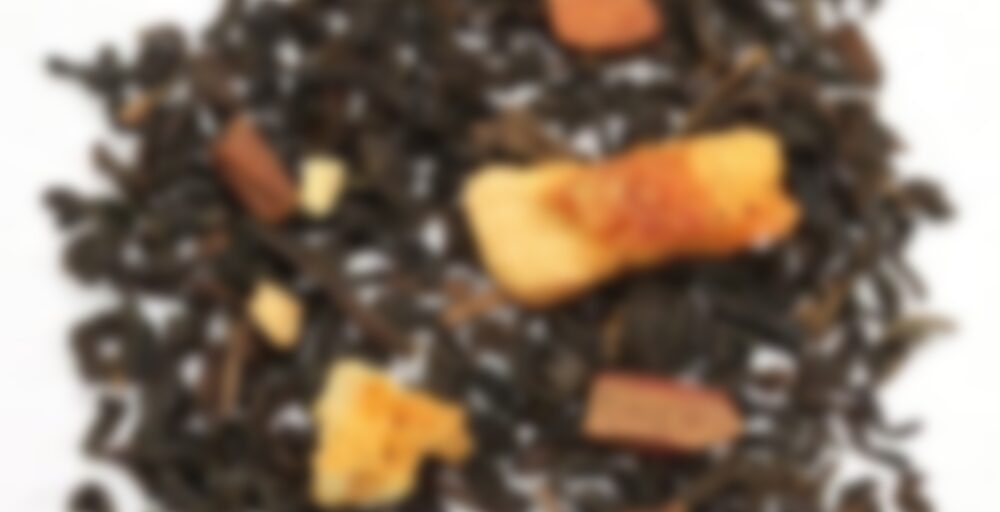 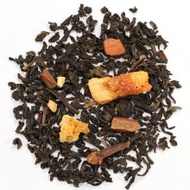 by Adagio Teas
63
You

Decaf Oriental Spice tea with a medley of spices: cinnamon, cardamon, and ginger. Decaffeinated using a natural CO-2 process, that allows leaves to retain their delicate shape and flavor.

I’m having a cup of this before bed tonight. I’ve had a little sample pack for awhile and know that I tried it before but don’t remember anything specific about it, so not too memorable (or maybe I just have way too many teas!) The dry leaves smell strongly of spicy cinnamon and cloves. The tea is a little thin, but it’s not weak at all in flavor. I notice a little of the cardamom and ginger, but it’s mostly cinnamon and clove. It actually reminds me of those clove candy sticks that you can find in old timey country stores, yum. I actually like this a lot for a decaf tea and I’m sitting here wondering why I don’t enjoy a cup of this at night more often!

Hooray, another sample gone.
It’s far too late to drink anything caffeinated. It would keep me up allll night, and I already had a touch of insomnia last night.

Close enough to chai to make me happy for now. This is the last of the decaf black tea I have, everything else is green.

Having been forced to significantly reduce my caffeine intake, I am just dipping my toes into the world of decaf teas. This is my first loose-leaf decaf, and I find it promising. It tastes much more like tea than the bagged decaf teas I’ve tried.

I don’t detect the spice at all. There’s a mild citrus tang, but that might just be the tea – I’m assuming it’s made with ceylon, since that seems to be what all Adagio’s black decaf blends use. This takes a long steep time to develop character, and then the flavor continues to develop after the steeped tea has sat cooling for a few minutes (after removing the infuser). I’ve never had this happen with a caffeinated black tea.

This is a tea with low to medium body and very little bitterness. It has the tangy notes you would expect from a ceylon, but is otherwise fairly nondescript to my mind. I’m not a big ceylon drinker, though.

I don’t detect any unpleasant off notes, nor does it seem to be missing any essential “tea-ness” despite requiring a ridiculously long steep time. What it’s missing is something unique to recommend it – although, frankly, I’m just happy that it tastes like tea. I would recommend this to people who miss the flavor of black tea after quitting caffeine, but will continue to search for a tastier alternative with more character.

I would rate this higher, however, if I could actually taste spices, since this is supposed to be a spice tea.

I felt extremely euphoric (but not hyper) after drinking this (and I don’t after drinking decaf coffee) so either it contains a bit more caffeine than a decaf normally should, or I’m reacting to the theanine (or some other ingredient). Or I have just missed tea that much, I suppose.

Kind of an ordinary black tea taste with some muddied spices. They were so vague I really couldn’t discern individual notes, just kind of a vague spice flavor. No note of orange peel whatsoever, even though I made sure I had some in my infuser. It’s very flat and one dimensional in flavor. I’ll finish it off, if for no other reason that it’s hard to find decaf black teas, but I’m glad I only bought a sample size.

I’m glad I only got a sample of this one. I barely finished the cup. It has too much clove and the other flavors are sort of muddled together under the clove. I felt like someone had dumped clove cigarettes into my infuser. Very one note and kind of sickening. It could potentially be used as a single-teaspoon add-in to a fruit tea, but not by me.