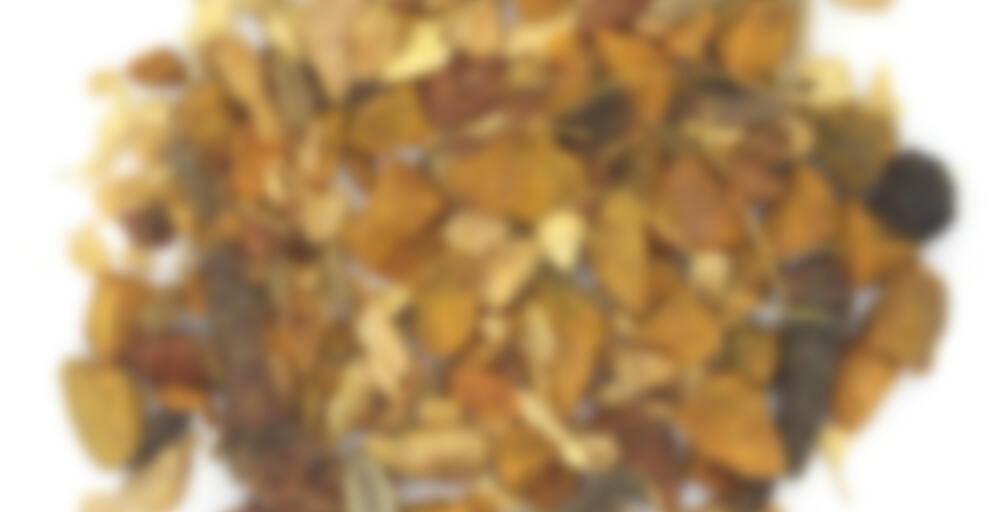 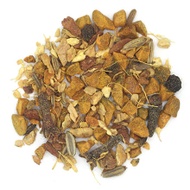 by Adagio Teas
75
You

Satisfy your savory sensibilities with a touch of gold. Our Golden Turmeric Chai features earthy turmeric with the warming spiciness of ginger, and is softly sweetened by a blend of cinnamon, clove, and a hint of fennel. It finishes off with a slight fiery kick of black peppercorn. The suggested serving is one teaspoon per cup of water or milk of preference for a golden milk latte!

Prized for its golden orange color, turmeric was widely used among primitive cultures as a means for decorating ceremonial masks, baskets, and for waiting. It was also used as an offering to deities or spiritual ancestors. While some idols were bathed in it, other times it was used in ceremonial rituals related to life transitions from birth to marriage and even death. It was even applied directly to the body as a form of protection from enemies and promote longevity.

tea and all its splendour 78

Why did I order this tea? Probably to get to the free shipping minimum. I didn’t expect to like it, but it’s decent! Quite mild to be considered a chai. It’s one of those blends where I wasn’t sure if I should add sugar or not. The turmeric is thankfully mild, but the other spices are as well. It’s a nice gentle chai with the main flavors being ginger and the warming, though not overly savory turmeric. Not exciting or bold enough to order again, but I don’t regret this purchase. The second steep tastes really different and randomly sweet. I drank both steeps with milk. I finished my .8 oz sample bag, and now I do sort of want more, hmm.

Took a couple sips of this before passing the mug to a tiny roommate who had a sore throat. It was heavier on the ginger than many of the turmeric blends I’ve had. It’s nice, but doesn’t stand out for me in the sea of ginger turmeric blends.

I really liked this one – it was lightly spiced, warm, and soothing, and overall an enjoyable herbal drink before bed.

55
Not Recommended
Cameron B.
2917 tasting notes

So somehow between this calendar and Vahdam, I ended up with double turmeric today! I don’t have a ton of experience with turmeric but I have enjoyed it in a savory content in the past, it’ll be interesting to see how it plays out as a main flavor note…

Hmm, well it’s definitely mostly turmeric here. There’s quite a bit of ginger as well, and the combination of the two is a bit much for me. The ginger is quite sharp and it accentuates the spiciness of the turmeric. Oddly, there’s a sweet cinnamon candy sort of flavoring in this, which doesn’t really seem to mesh that well with the more savory turmeric and ginger.

I added a drizzle of milk and a tiny squeeze of honey to the second half of the cup, and it really did help mellow out the sharp spiciness from the turmeric-ginger combo. There’s a bit of a tingle in my throat, either from the ginger or the black pepper.

Overall, not something I would ever order as it’s just not to my taste. I’m not a big chai person anyway and this one is a bit over-the-top with the turmeric and ginger one-two punch!