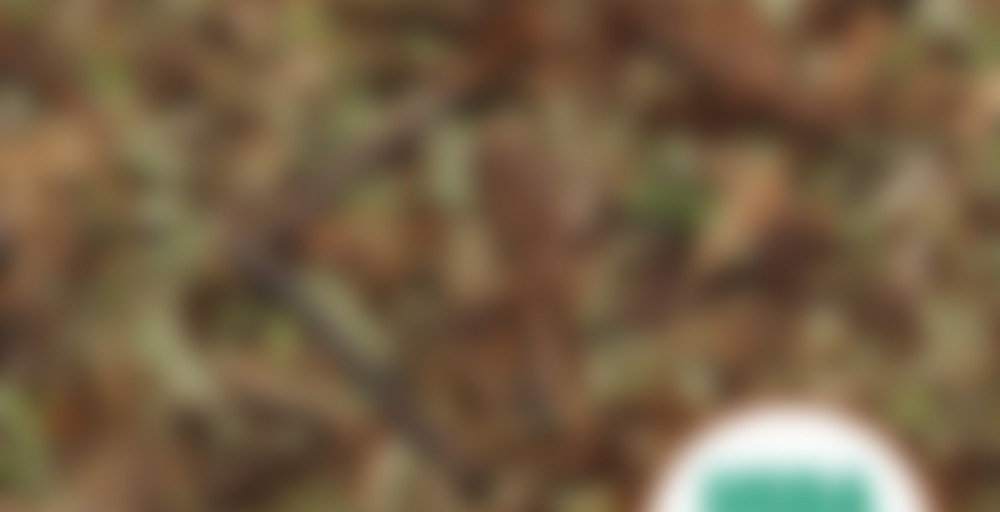 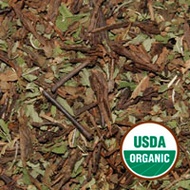 by American Tea Room
78
You

Personally I wasn’t too impressed with this. I like green tea/mint blends (especially Moroccan Mint). This seems to be a darker roasted green tea, maybe a houijcha mixed with the mint. Whatever chocolate notes are present just seem really light. I don’t have too much more to say about it! I was a bit disappointed, might try cold brewing this next.

Hm. Wanted to love this, and yet got little out of it. Little mint, little chocolate or cocoa. I mean, I could taste both, they were just really faint. Maybe I underleafed?

Drank this late last night waiting for and finally watching the series finale of Breaking Bad (which, ugh don’t get me started). I wanted something dessert-y comforting but also peppy to keep me going.

This was ok. Not amazing not terrible. I think when I want chocolate and mint together, I want it creamy and rich, dessert-like a la grasshopper ice cream, and in that vein for me Persimmon Tree Mint Chocolate Chop Rooibos is more my speed (I had a similar feeling when I tried Zen Tea, which tastes similar to this one…leans more toward refreshing mint, lighter on the creamy chocolate sweetness).

I am a fan of mint green teas, so this one is just the ticket. The chocolate notes are light, just barely there and that is fine with me because I am in for the mint and green. This steeps up pretty dark, looks more like an oolong but the green tea is there. After smelling this dry, it gives off exactly the same aroma while steeping. It is a very refreshing tea.

And what an exciting day, I got to add a tea that had not been reviewed!

PS Thanks to QuiltGuppy for another fine tea sample!

I tried the pu’erh version of this. It made me sick!! ugh, I’m glad there is a version out there that is good :)

I have sworn off Pu’erh, they could make a champagne blend and I would not touch it. :)

hahaha me to. It’s odd that I found one I like, before I knew anything about pu’erhs, but ever since, the knew ones I try are just awful!

Open the package, stick your nose in, inhale, and you will think you’ve eaten dessert. The steeped brew is a bit more earthy than that – strongly minty with mild cacao, not at all sweet, which I love. I tried it with cream and sugar, which I specifically didn’t like; this tea doesn’t become more decadent when treated like a dessert tea… Well, not exactly. Feeling adventuresome, I steeped this tea in whole milk and added some homemade hot chocolate, and oh my word! Wow! I and all my guests enjoyed it the entire rainy night! I can’t keep enough on hand this winter! Perhaps a strange way to treat such good quality tea, but it’s a household favorite with all my teens!

Oh my word, this smells fantastic. You frequently hear people comparing the aroma of chocolate mint teas to After Eight/Andes mints, and I’m famous for that, but this is seriously like an amped up version of the After Eight filling. The filling. That is just it. The cocoa takes a major backseat here, in both aroma and flavour. The icy cool peppermint candy cane-like note is by far the most prominent, followed by a whisper of cocoa. Smelling this instantly makes me crave a York peppermint patty or After Eight.

Don’t get me wrong, it’s yummy. Very refreshing and soothing, but I was hoping for more chocolate. The base here also appears to be a roastier green, which I love, but those roasty notes, that I’m positive the base has, are buried far underneath.

Too bad I don’t have my cacao husks with me, because I’m sure adding some to this would be awesomesauce. Maybe I’ll be brave next time and mix in a bit of Fry’s cocoa.

Funny you should mention this as many folks mix our Choco*Latte with Coco de Menthe to make what you are describing. We are working on our own Chocolate Peppermint blend and hope to introduce it soon.

Ah, I can see that working. I’m definitely looking forward to the Chocolate Peppermint blend! I’m always looking for the perfect one.

I love making butter tea with this—tastes like an andes mint or choco mint ice cream :) I’m also impressed with the chocolate undertones (a little added sweetness really brings it out).