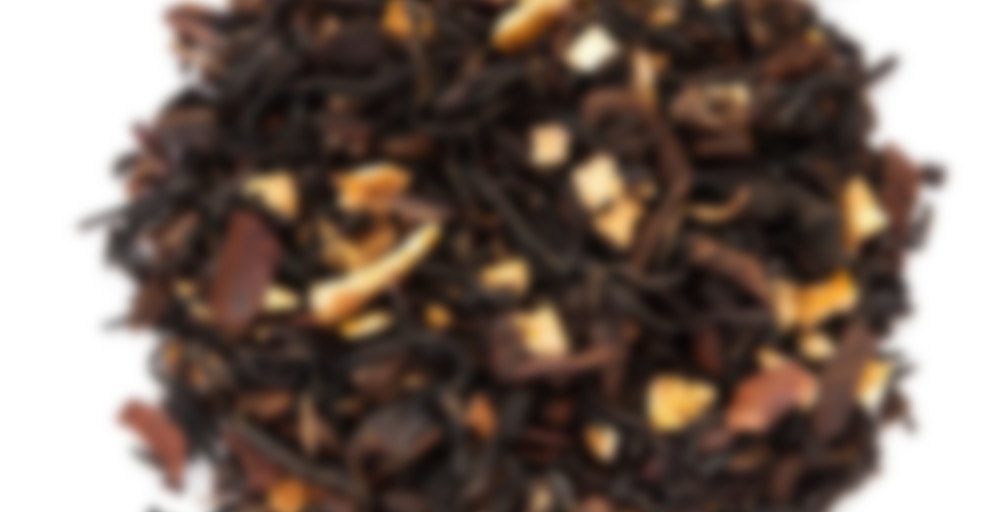 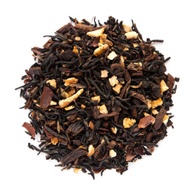 by American Tea Room
77
You

A sumptuous organic blend of Chinese Black tea with blood orange and vanilla make this new introduction sure to be a classic. Light citrus notes play in harmony with pure hand cut vanilla beans, and a scattering of cocoa husks, creating a tasty delight both hot and cold. Fans of Romanoff and Vanilla Noir will certainly like Black Mandarin – and those looking for a brisk, sweet black tea will have a new favorite.

This tea is certified USDA Organic.

The reviews of this sounded tempting, and since I love all things orange and chocolate, I thought this would be a sure-fire win for me. Meh. It’s a kind of ordinary, medium body black tea with a kind of slight metallic bitterness to it. (It was weird but not as unpleasant as it sounds.) I don’t get chocolate from it at all, and the citrus is very faint and vague. This is basically a tea that I’d serve to someone who doesn’t give a darn about tea. It might be worth trying iced. Sometimes I keep a tea around too long before I review it (and I always take that into account), but this was only about a week old so the fault isn’t mine this time!

I could have sworn I wrote a note for this when I tried a hot cup of it a week or so ago… Anyways, I put the rest of the sample in a mason jar and stuck it in the fridge. I didn’t like the taste of it hot. It had a weird alkaline taste to it that I have experienced in some pineapple teas. It is much better cold steeped! The alkaline taste is still there, but is muted and subtle. The mandarin is very bright and dominating the sip and aftertaste with a creamsicle flavor. There is a little bite at the end of the sip that I don’t much care for, but the rest of the sip is great. The vanilla works well to soften the sharpness of the citrus and the other ingredients seems to give it some depth and low notes, making it really well rounded. I could see this working well with a little sweetener to fill out the fruity taste. Overall I’m pretty impressed!

Today at work was almost but not quite as bad as I expected. I worked three of the four Research Assists, including the one where the pharmacy was insisting the patient was not in the hospital. I finally obtained proof of the patient’s admission and sent a copy to the Contact Center for them to tell the pharmacy to shut it. That sounds rude, and I guess it is, but really, I can’t wave a magic wand and issue payment when it isn’t allowed. The pharmacy will need to submit the claim to the correct carrier to receive payment.

Anyway, I have a sample of this tea. It sounded so good. I brewed it exactly per the instructions, but it was bitter. Maybe I over leafed, or 5 minutes was too long. Generally I steep black teas for 3 minutes or so. I rarely add anything to my tea, but I added a couple of the rock sugar from Teavana to it and it was better that way. When I re-steeped I let it go only 3 minutes and it was much less bitter.

I really love it when a tea company allows online orders of samples. Some don’t, and if they are a new-to-me company I probably won’t order from them. But when I can order four or five samples I am far more likely to find a tea I love and of which I will order 50 or 100 grams. This tea won’t be a re-order, but I’m really glad I got to try it. I’ll finish the sample with a little sugar additive, and less steeping time. I may update my rating then.

i am on here too rarely… from feast a year ago to famine now!

i got a notification from ATR that they had a new website up and running, that if i wanted to sign up all over again there were discounts to be had. i have my favourites with ATR, i made a list and my package arrived today.

sitting on top of my items was THIS sample. i usually try samples first… suspicious nature maybe, or perhaps adventurous spirit? i don’t know know if this classes as a gift or a torment. it’s fantastic— like home run fantastic. like add milk and it’s a grown up creamsicle with way more layers and perfectly balanced flavour… …… ….. but. (of course there’s a but) IT ARRIVED WITH THE ORDER I ALREADY PLACED!!!!!!!!!

pretty funny when you think about it. it’s as though ATR has been taking lessons from stacy lim.

awesome blend on the heels of a great honour at school that will look fantastic on a resume. not a bad day… maybe i’ll behave badly and order more of this blend. maybe. =0D

interesting… and nice to see you around again ;)

That’s great to see you back James !

it was too good not to review, sil. seriously. if you flavoured teas, and these days i defer to iced greens, high quality blacks or flavoured then i can’t recommend this enough!

hi ysaurella, it’s been an age! sorry i’ve been so busy my friend. :0/

Good to see you James

hi scribbles! it’s been far too long…. i do apologize. xoxo

Methinks I need to send you some tea from my travels… seeing you back here reminds me to add it to my list. :)

tea swaps are always a lovely thing, MissB… though i do have to update my tea cupboard! hope your travels were excellent!

Come baaaaaack to steepster, my dear. I miss you!

Good to see you!

hello keychange! oof! i am so busy in school… residency is kicking my butt, lol. i miss you too. xo

good to see you as well gmathis :-) …sorry i’ve been out of touch.