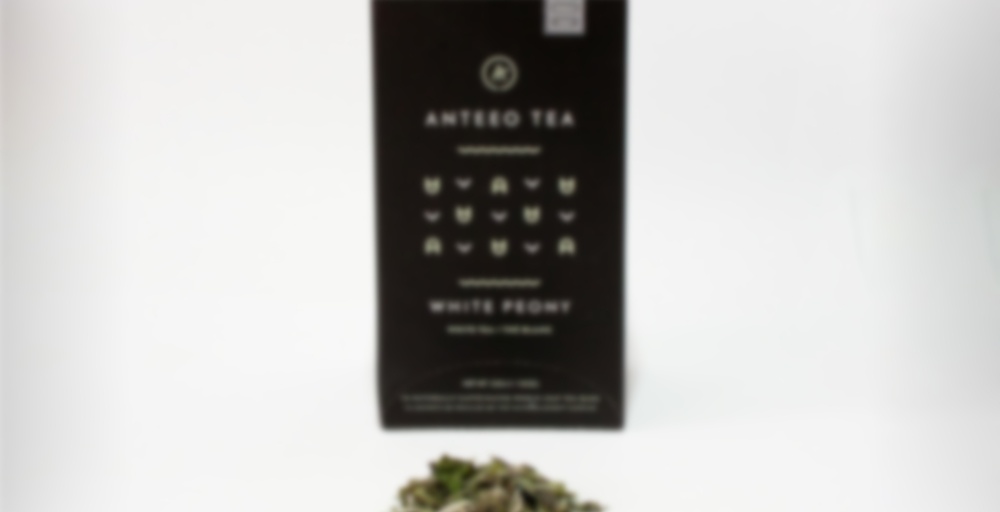 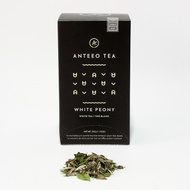 White Peony Tea (Bai Mu Dan) first made its appearance in the 1870s, but it wasn’t until the 1920s when it started to garner some well-deserved fanfare from tea drinkers. Made from one bud with the accompanying first two leaves, the minimal withering preserves the natural essence of the tea’s flavor and healthy antioxidant composition.

I first had this tea a few months ago, at a store demo. My little sample cup was poured from a lovely little kettle. It was not until after I had taken my initial sips that I realized that the tea I was drinking had come from a bag! Well, a clear sachet style one. I was impressed! I talked with the person there about tea for a while and learned the company was new, and local to me. What a plus! I was even enjoying the cup gasp UNSWEETENED! So Evan kindly gave me a few samples of each tea they currently offer so I could put a tasting note up, and share with fellow tea loving friends.

Shortly after I got my samples, I made this, and I messed up the steeping so horribly, I felt really bad. This tea that I had loved so much before was not tasting awful because of my failed preparation! In the meantime, indigobloom put up her note on the aged white, and how much she enjoyed it, that I felt I needed to get over myself with my previous bad steep, and try it again…because I had really truly liked the sample at the market.

I’m off work today, and it seemed like a good day to make this. I would not be rushed as I am in the morning. I could take time and try to make this right. So…here I am, drinking this tea…

I decided to try this unsweetened again, as I had in the market. I managed to do a good job with this steep, thankfully! I have a full bodied cup, that is still somewhat light, and a mild drying sensation on my tongue. The flavors are a little earthy and a side sweet, but that could be the lingering taste from my orange flower and cardamom yogurt. I’m not sure if the mild spice is from the yogurt or the tea, but I’d say there is almost a peppery note, so not the yogurt. I have found with the tea cooling, I get more woody notes. The tasting notes I was given say there is a note of almond, and I can get behind that, if I think of the nut almond vs the flavouring marzipan kind of almond. That could be what I’m feeling is woody. It’s slightly bitter and slightly sweet, with a nice balance of each.

If you like straight teas, I would suggest this one. Get over that it is bagged. The sachet is large bough that the tea leaves can fully expand. It’s a nice, single origin tea that was carefully chosen. It’s nice to have on hand.