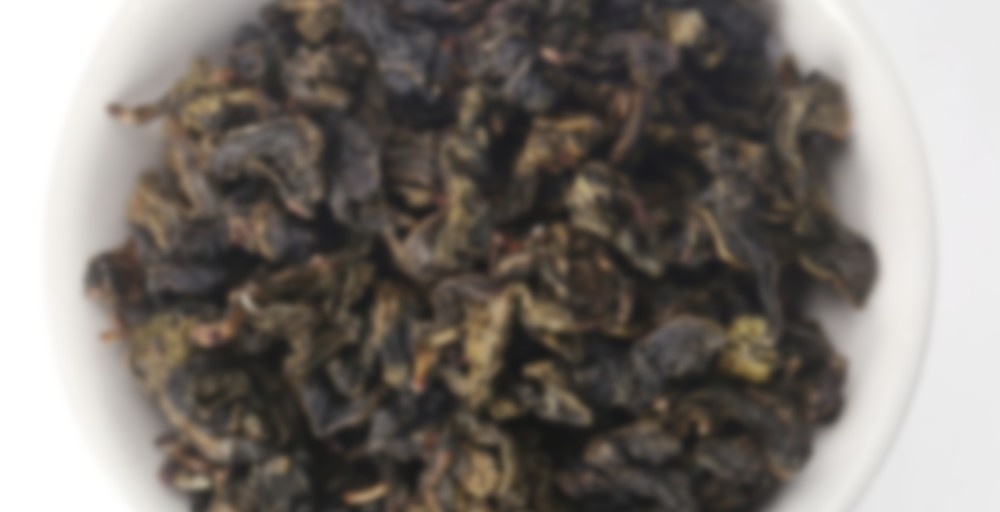 Luzhou-flavour type (Nongxiang 浓香型) Tie guan yin: mouth feel is plus mellow and it tastes sweet black, the color is light and black with golden water, the aroma is pure aroma and it tastes thick.

Syrupy and buttery and sweet, this is nice. I am still recovering from a cold, so I think it was a mistake to try this one out. My tastebuds and sense of smell are shot. This one brews up clean and is definitely enjoyable, but I can’t really describe any nuances beyond that right now. Accidentally brewed this with too much water, and I still felt it was noticeably thick – so I guess that says something.

96
tea-sipper
3744 tasting notes
Thank you for the samples, Aprtea.com! The leaves interestingly enough are very tightly bound and very dark green in color. As the name of this includes charcoal, I expected one of those deep roasted charcoal oolongs but this is actually a less scary, very mildy charcoal flavor. I’m glad, as charcoal isn’t my favorite flavor of oolong. But the resulting flavor is very light and sweet and extremely delicious. The color of the brew is a pale yellow. The second steep really soaks into the special of this oolong, the texture could almost be syrupy it’s so oddly changing the feel of the oolong. How does the mouthfeel of a tea get so thick? The flavor is more full, buttery, silky, still sweet with just a touch more of that charcoal flavor that is included in the name. But otherwise, it still seems like one of those bright green oolongs and nothing roasted. The third steep is even deeper with these flavors — more buttery, it just blooms in the mouth. The fourth steep was a bit lighter in flavor, but that might be because I didn’t use hotter water. All of the flavor qualities in this oolong are perfect together and it’s fantastic. It’s a great reminder of why I love oolong. I expected much worse seeing it described as ‘charcoal’ — my least favorite tea type.

This sample from AprTea was marked as Zhang Ping Shui Xian, which it clearly isn’t. Like the previous one, I am fairly confident I could identify it from the selection they offer. When I opened it, it had a distinctive charcoal roast aroma that has dissipated after the few weeks that I gave the tea to air out. Now the dry leaf smell is a kind of generic greenish oolong scent. However, the rinse does smell like a lightly charcoal roasted oolong again. The wet leaves have an enticing smell that is indeed somewhat floral and cooling, but also fairly heavy and earthy at the same time. It reminds me of clay bricks a little bit.

The taste is balanced – sweet, grassy and floral with the characteristic TGY sourness. Overall, it’s a little flat and somewhat boring though. The body is medium to light and the mouthfeel is slightly milky. I get some astringency in the finish, but only in the mouth.

To sum up, this is a balanced and easy to drink light to medium roasted TGY that’s anything but exciting.

Apr Tea was kind enough to send me a whole bunch of samples in exchange for reviews, and they showed up yesterday so I’m breaking into the first sample today and steeping that up. I just randomly picked which to start with, and this is the one I selected. It’s a good pick though; I’ve been craving a really good oolong all week.

I’m just going to do this review stream of consciousness style, so jot notes for each infusion. However, since I was specifically asked to review these teas in exchange for the samples I will be tracking how many infusions I do/writing jot notes for each specific infusion. That’s something I’ve been moving away from in more recent Gong Fu sessions/I’ve been following a more casual and laid back approach without heavily taking notes – so my compromise for this is that I’m not going to heavily monitor the steep time for each infusion; for that element of the session I’ll be following my “let my gut direct me” approach since that’s been working so well for me.

So, let’s get started shall we!

Infusion Three
- Decrease in overall nuttiness and increase in floral characterics; more of a 50/50 spread
- Still smelled heavenly in a nutty/peanut way when steeping through
- Feels greener overall with more grassy and chlorine sort of undertones
- Sour aftertaste; but a clean one that doesn’t linger

Infusion Four
- Beautiful peanut qualities have been relegated to only light whispers/undertones
- And a general floral overall profile; kind of a lily and lilac thing
- A mix of fresh/light florals & perfumey/heady ones like jasmine (without being jasmine)

Infusion Five
- Leaves in gaiwan appear about ‘half’ opened up
- Aroma is greener, with nutty undertones still to it
- Peanut notes interact in the same way as the last infusion in terms of flavour
- Finish is more lingering now – tastes almost metallic while also tasting very green

Infusion Six
- Same as above infusion

Infusion Seven
- Let this infusion cool down quite a lot prior to drinking; distracted by Instagram
- Feels like we’re circling back to more of a full bodied and sweet peanut flavour
- With sweet floral undertones, and less green finishing notes

Infusion Eight
- Nope; I think that sudden surge of peanut notes was a fluke ‘cause we’re back to floral
- Noticeably weaker/lighter

Infusion Nine
- Same, but just lighter in flavour
- Ending the session here; I’ve got a lot more teas set aside for the day to move on to

Thanks again Apr Tea for the samples! This is one of the nuttiest Tieguanyins that I think I’ve ever had; I’m sure that means it’ll be a super memorable one. I look forward to trying everything else too, though!