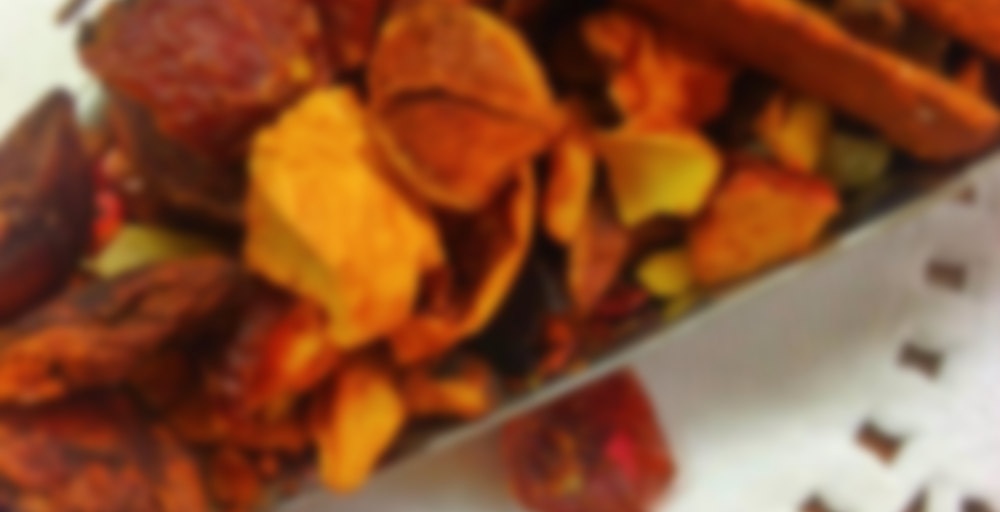 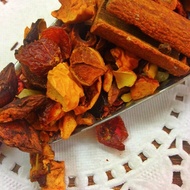 Everyone, today is my mom’s birthday! According to the Celtic Tree Calender her birthday gets its own tree…which according to whichever of the many, many, many (sometimes very poorly researched) sources you choose to read, this means she is either ruled by mistletoe, elder, pine, or nothing. I jokingly call this the non-day, that clearly she is a changeling and I am half fairy, anything to make my constant playing of an elf in RPGs plausible. So happy birthday mom! I am glad I am getting to spend it with her this year!

Today’s tea is part of the quest for holiday teas, Armenos’s Christmas Song Tea Blend! This is a rather coloful blend of Rooibos, Apple Pieces, Pineapple Pieces, Cinnamon, Star Anise, Pink Peppercorn, and Hawthorn, two of my favorite ingredients (pink pepper and star anise) and one I confess to never having in tea before (hawthorn) so fun fact, the berries of hawthorns are called haws (I sound immensely Southern while trying to say that word) actually reading about it, hawthorn is used in Chinese tea blends sometimes, so maybe I have had it? Who knows, time for a tea adventure either way. This is a nice spicy tea, for me one of the most ‘Christmasy’ things is a spicy tea, because my mom would always break out the spices for both tea and her simmering potpourri, very much so a comfort thing for me. The aroma is very much so Christmas spices with cinnamon and anise and a very mild bit of pepper. There is also a touch of citrus and fruity and a nice sweet, woody finish (hello Rooibos) to the tea.

Oh I do love this smell! It steeping has set my little tea corner up as a nice spicy, warm, area. It feels like a warm cuddly blanket for the nose. The leaves once they have been steeped still bring about a nice spice to the area, the anise and pepper shine supreme and the cinnamon and apple bring up the rear, it is like a very mild and slightly unusual cider. Note to self, use star anise and pepper in my next mulling spice blend. So, the liquid without the spices, fruits, and such, is very much the holiday Rooibos, you can certainly pick up the caramel and woody notes I always associate with Rooibos, but mix that with a slightly citrus fruitiness (not exactly citrus, you know how pineapple and apple for that matter have a citrus tone to them at times, at least they do for me) and spices and you have a pretty neat smelling blend.

The name of this tea is Christmas Song, now I am trying to figure out which of my favorite songs I can visialize while sipping it…pretty much all of my favorites are tree and snow themed, so, if anyone has any spiced themed songs they want to share with me that would be awesome! If you have ever found yourself deeply in love with Christmas spiced teas and wanted one without caffeine and black tea to sip before bed, this could be a great choice, that is, assuming you like Rooibos. The taste starts out with cinnamon and star anise, this moved to a distinct creamy sweetness with apple and pineapple notes, not sure where the creaminess is coming from but I rather like it. The finish is a blend of woodiness and pepper, there is no dry mouth sensation from the Rooibos, I believe the fruit took care of that.

For blog and photos: http://ramblingbutterflythoughts.blogspot.com/2014/12/armenos-christmas-song-tea-blend-tea.html

Happy Birthday to your mum! And happy almost Christmas to you!!

Thank you! I shall send the birthday wishes too her, and happy almost Christmas to you as well!!