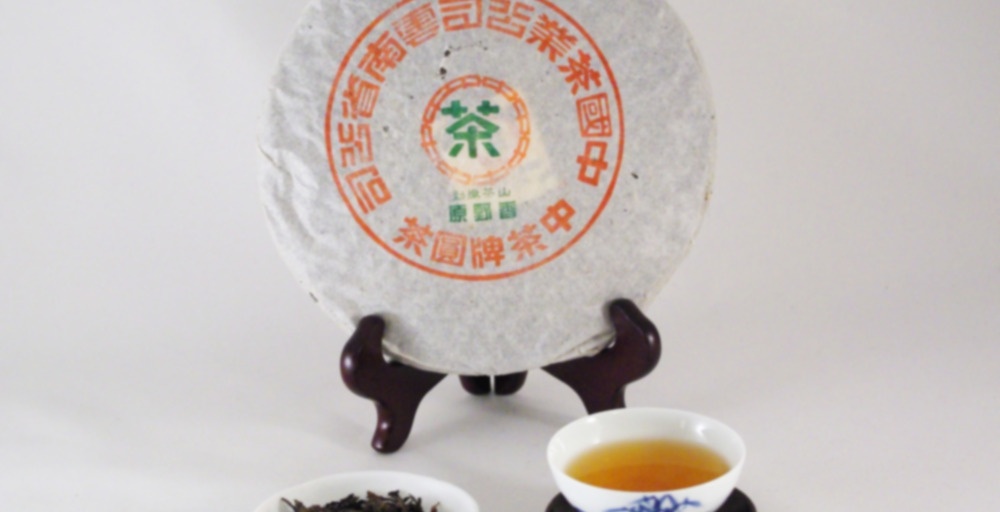 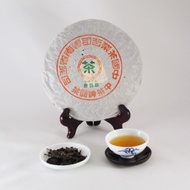 by Bana Tea Company
81
You

Although this tea still has a few more years to go before it reaches maturity, it already possesses a very pleasant and fresh aroma, the mouthfeel is full and rich, and the tea’s most charming characteristic is the cooling and comforting sensation that stays with you long after the tea has been drunk. This is one of those rare teas that will cause one to delay eating or drinking anything else after consumption as one tries to savor the enduring aftertaste.

If you are interested in trying the 2001 Aroma from Wild, go to the Pu-erh products page of the Bana Tea Company website. It is available in a tea cake and in 50 and 100 gram units.

I bought this a while ago in a 50g packet (not a brick). The tea in the packet has an interesting smell I can only describe as “sour tree.”

I put about 2.7g into the gaiwan, rinsed with boiling water and let sit for 15+ minutes.

The color, for the most part, was a medium gold and clear, though it darkened a little with later steeps.

The aroma and flavor were difficult for me to describe. As with a prior sheng, I kept thinking about linen and cloth. Flax, I guess. Maybe flax seed? Or some other sort of seed. Sunflower?

There’s a little bit of leatheriness, but not in the same way as with shu.

The first steep was surprisingly sweet as well as sour. In subsequent steeps, the sour went away (or I got used to it) and a cooling note came out. Camphor? Menthol? Eucalyptus? This topped out around steep 6.

I also got a bit of fruitiness that reminded me of the last sheng in the early steeps. Pineapple maybe.

Later steeps had a notes of tree sap/resin.

I found it surprisingly similar to the Norbu I had last week, the bamboo one. But without the bamboo. Rating it the same.

1st steep (10s): Strong, rich aroma is leathery. With some spice. Smells old. Deep orange color. Good flavor and texture: coats the tongue. 2nd (10 s): Really nice. A hint of bitterness underneath a slighty sweet leather/spice flavor. Rich. Hard to separate the finish from the effects of the cha qi, but both are very powerful. 3rd (20s): There is a slight hint of ashes, similar to what I’ve seen in a few other old shengs. Not strong enough to be unpleasant, but not as nice as the previous steeps. 4th (30s): Sweeter than before, less ash. Later steeps alternated sweetness with the ash flavor and were less enjoyable.

The first two steeps were outstanding, but I lowered my rating because I didn’t like the later steeps as much. Usually I find puerh peaks at the 3rd steep (bear in mine I only use 1 gram per ounce of water and steep 10, 10, 20…). This peaked at the second, and was much less enjoyable in the later steeps. A very good tea, but after the first steep, I was hoping for greatness.