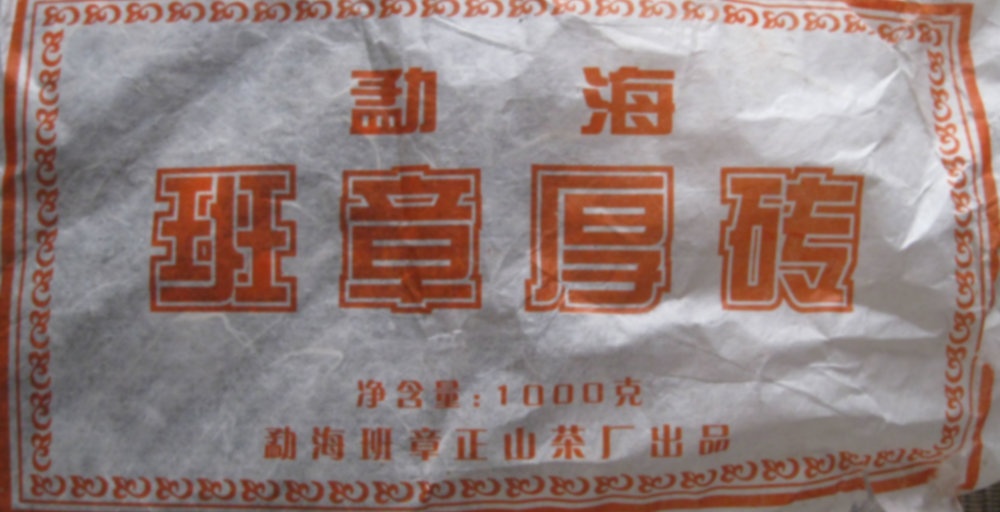 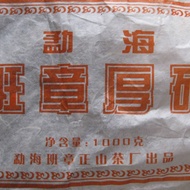 by BanZhang tea
81
You

This was just okay. No off flavors. Clean. Pretty broth color, red I’d say. A noticeable energy. To be fair, I wasn’t all that focused, and just trying to get some caffeine in me after a meal to go out. Instead, combined with sips from a separate pot with the last of the SD, I fell into a short but deep asleep. Like a drugged power nap. I woke up feeling like I had ingested too much caffeine by accident. Certain teas (and I am beginning to zero in on the regions) have this effect on me.

A few months back I found a huang-pian offering from an off label on a Chinese site that I’d have to say is simply the very best ripe I’ve tasted so far. It’s an ‘06 called simply Banzhang Thick Brick. Most ripes go in the mouth and down the gullet impressing the drinker with incremental variations this way or that in terms of sweetness, mustiness, astringency, and body. Huigan and yun, being what they are, usually don’t produce a lasting effect similar to raws, Moonlight Whites, or Yunnan gold. This is where this brick really excels. Lot’s of productions after some time often have that “old section of the library” taste, newspaper, or cardboard, especially as they age. I’d be interested to know if others have experienced this and if it is attributable to too dry a storage. My Hailanghao Thick Brick, for instance, has started to express this without going through a sweet stage from its original husky astringency. It also expresses a taste similar to freshly rancid grapes, the taste you get when you pack some for a trip in a basket in a hot car for an hour or two. Not sure what to make of that taste.
Anyway, this brick doesn’t have any of that. It’s as though it were wet-stored for a very short time before being dry-stored. The must, though there, only adds a certain character, which compliments the sweetness. The first few infusions release an evident camphor effect and taste in the huigan. Then there are spice notes of cinnamon and ouud. These notes just linger and linger in the mouth. It also yields quite a number of infusions, more than 10 per six or seven grams ina 150ml pot.