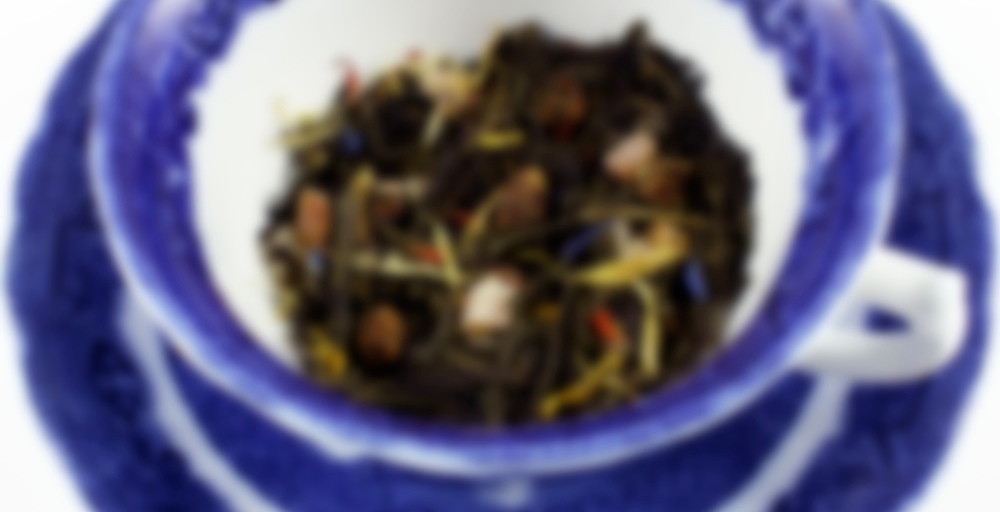 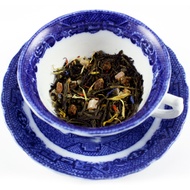 A blend of lively green and black teas with colorful flowers and passionate fruits! Dried mangoes and pineapple along with the vibrant flowers in this blend will entice you to run free and seek your heart’s desire.

Marianne’s Wild Abandon begins its flirtation well before brewing. A sweet, fruity perfume bursts from the packet each time I open it. The scent isn’t cloying, though. It’s just enough to capture my attention and beckon me to breathe it in again. Also, look how pretty this tea is when it’s dry! Yellow, blue, and red-orange flower petals with sprinklings of candied pineapple and papaya against the black and dark green leaves – you can’t help but fall in love with it at first sight, much like how Marianne did for Mr. Willoughby.

The packet for Marianne’s Wild Abandon didn’t come with brewing instructions, so I applied what I knew about brewing green and black tea blends. I steeped about 1 to 1 ¼ teaspoons in boiling water and adjusted the brew time for each cup to see which one appealed to me most. The liquid turns a beautiful amber color that darkens with longer brew times. The fruit aroma mellows out slightly to make way for the tannic black tea scent, but the magic that drew me to Marianne’s Wild Abandon is still very much alive.

Drinking Marianne’s Wild Abandon is no different than smelling it: It wakes up your senses! Pineapple and papaya embrace the grassy notes of green tea with a black-tea bite. No one flavor overpowers the other as they play on my tongue and then in the lingering finish. And with each sip, I feel as though I’m drinking “liquid sunshine.” The tea’s natural sweetness and bright body make it an ideal choice for a rainy day pick-me-up. (Oddly enough, Marianne had a bad habit of getting caught in the rain… )

Because of its range of flavors and variety of tea leaves, Marianne’s Wild Abandon is best enjoyed when steeped between 3 to 4½ minutes. Infusions on the lower end of the scale have a more vegetal backdrop thanks to the green tea, with just enough spark from the black tea. (The shorter brews were my favorite for this reason.) If you prefer your tannins, try the higher end. The black tea’s bitterness starts to kick in then, prevailing over the green tea while creating a pleasantly sharp contrast with the fruit flavors with little compromise. I don’t recommend brewing Marianne’s Wild Abandon for 5 minutes or longer, however; the tannins overpower the rest of tea from that point on.

Marianne’s Wild Abandon also makes a delicious iced tea! For that, I brewed 2 teaspoons in 8 ounces of boiling water for 3½ minutes, then flash-chilled in a small pitcher and refrigerated for a few hours. The cold water brightens the fruitiness while sharpening the black tea flavor. This would be an excellent refreshment for a hot summer afternoon.