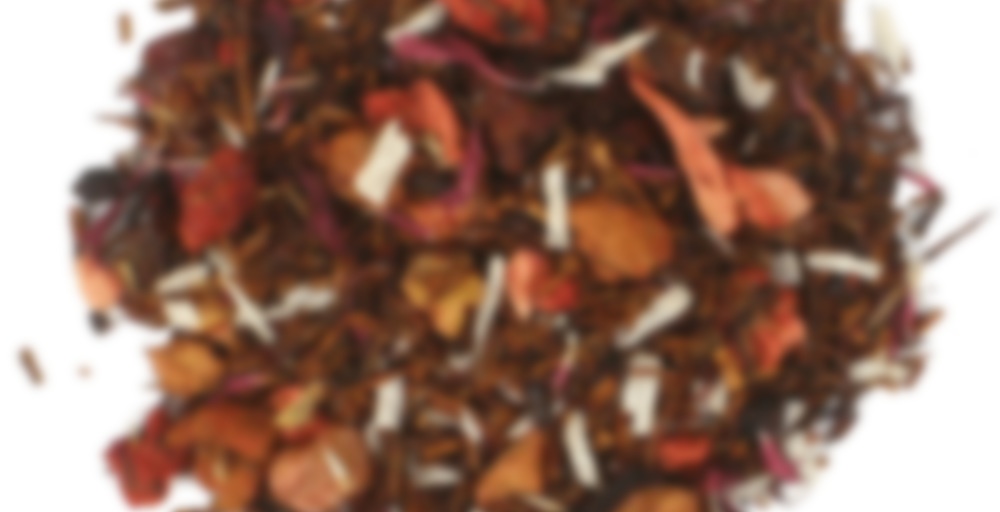 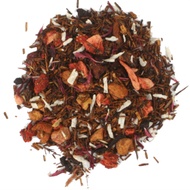 Enjoy hot or iced, before or after your afternoon summer nap. Bluebird’s latest sweet treat is a scoop of rooibos + sweet vanilla with a dollop of freeze-dried strawberries + elderberries.

This cold brewed for almost 48 hours because I intended to drink it yesterday but had a shitstorm of a day. Back in December, I left my mom’s house to come stay with my sister due to a lot of drama I am sure I have previously mentioned. My brother arrived a few days later after my mom kicked him out. Since then, my brother has been quite difficult to live with because despite being 30, he hasn’t learned the basic skills of an adult. For instance, he can’t even seem to get his plates from the sink to the dishwasher (In London, I don’t even have a dishwasher so I have to hand wash everything so I feel like this is not asking much of him). Given his age and the fact that he has a full-time job and no debt in addition to the fact that he doesn’t pull his weight around the house, my sister told him a few weeks ago that she thinks it is time he starts looking for a place of his own. She gave him a deadline of August 1 seeing as she is expected to deliver her baby in September and wanted to get things settled and ready in her house (which includes moving me out of the room I am currently sleeping in which is meant to be the nursery to the room my brother was using, which was always meant to be for me). My brother didn’t want to move out though so he was not actively looking and since he refuses to live with a roommate or in a basement apartment but still has a fairly low budget, any decent place that fits his requirements is (and has) gone quickly. Given his laziness and apathy, we have continuously had to push him to search and yesterday my sister lost it on him when she caught him lying about it. His response to this was to decide he’d rather live in his car than with the “abuse” he experienced here. Both my brother-in-law and I tried talking to him but his arrogant attitude led to us yelling at him and he left. Of course the guy who won’t even live in a basement apartment wasn’t actually going to live in his car so he went running back to our Mom’s place.

If that wasn’t bad enough, my mom decided to call my sister and give her shit for telling my brother he had to move out. She first said that we (my sister, brother-in-law and I) were ganging up on my brother and that we were too harsh and he was sensitive. Then when she couldn’t present positive arguments for why my brother should get to stay, she questioned why my sister would let me stay and not him. Then my own mother went on to attack my character to try to show my sister why it was wrong for me to stay and not my brother. Then she told my sister that her and I were the true disappointments because we dismiss people from our lives easily like her, her brother (who once was found standing over my sister in only his underwear while she was sleeping despite her locking the door to the room she was in before she went to sleep…oh and she was a teenager at the time), and now our brother (who chose to leave). So yeah…shitstorm.

Today is a new day though and as things have calmed in our house, I can get back to the important things…like tea. This tea in particular which I hoped would be better cold brewed but alas it is not. I think it might actually be worse so I am getting much more rooibos than I did in the regular cup. Plus, the coconut is coming off a little more lotion-y than it did in the hot cup and the hibiscus is definitely stronger. Stupid me waiting as long as I did to try this…

Sending so many virtual hugs.

Thank you. Today is looking up. I got confirmation that I finally will be starting back at work on the 15th and the vibe in the house is much calmer without my brother’s negative energy so all is well.

So sorry you are going through that, VariaTEA. Big hugs

I’m so sorry about your family issues. Sending positive thoughts your way and hope all is well in the house now. <3

Sending you lots of positive vibes and virtual hugs, VariaTEA. Family matters wear at the heart. I’m glad you received some positive news among all of this. <3

Thank you everyone. It’s not the first time something like this happened and I’m sure it won’t be the last. Thankfully I’m in a much better situation now that I live with my sister instead of with my mom. My brother was toxic when he lived with us too so at the end of the day him leaving was probably for the best.

I am so sorry you have had to deal with this. Hugs from afar, and prayers for peace.

Oh no, VariaTEA, I wish things would improve for you. Fingers crossed that they will.

As well hugs from me. Okay, in real life it will be probably just listening and giving some useless advice. But, I wish you that it will be solved soon and I hope he will change his mind and he will understand it.

I am thinking about moving out for few last years too. My mother is getting more and more toxic, we argue more and more.

After not speaking to my mom since this happened, she messaged me out of nowhere today to tell me I was dead to her. I kindly responded “I’m done. Please do not contact me again.” and blocked her on Facebook and on my phone.

This tea is a little weird hot, so I always put it in the fridge, and some magic happens in there that turns it into a really great tea. It feels true to its name. It’s really creamy, and the fruit flavor totally comes through as strawberry jelly. It’s so rich and tasty. It feels like a real treat! Hot, it’s like vaguely fruity rooibos nothing, but cold, it has to be one of the best fruit teas.

Honestly, I bought this only because tea-sipper likes it so much. Haha. Otherwise, it may not have particularly appealed to me, being a rooibos. However, it’s actually pretty tasty – the first couple sips reminded me strongly of DavidsTea’s Swampwater, without the sprinkle slick. So, kind of a strawberry/fruity rooibos. I can taste some creaminess, but wish there was more. I’m interested to try it chilled, though the flavour isn’t particularly strong and chilling usually dampens flavours.

Overall, worth the purchase!

Yeah, I’ve been enjoying this one better cold! I bought it based off tea-sipper’s recommendations too :P

Ok, good to know! I might give that a shot sometime soon then, if I remember.

Uh oh my fault! haha. I never tried Swampwater. I do think this blend had stronger flavors when I bought it before. I enjoy this one steeped normally and then put in the fridge. I’m not sure if that counts as “iced tea” if I’m using the normal amount of leaves that I do with a hot steep?

I consider that to be iced tea. I suppose one could also call it cold tea. I alternate between brewing double strength and pouring over ice, and brewing regular strength and tossing the mug/cup in the fridge. Leaning on the former only because my freezer has an ice machine, and my fridge appreciates not having hot tea put into it :D

The flavours were stronger in Swampwater, but also less creamy. But also, oil slick, which I’ve grown averse to.

Additional notes: Just a post to mention:
Bird and Blend SUMMER vote back teas!!!
I’m not associated with Bird and Blend, other than being a huge fan, especially of their JELLY AND ICE CREAM tea! And it just so happens it is one of the vote back teas! Please vote for whichever tea you choose (especially if it will be Jelly and Ice Cream) so it can be in the permanent collection. Jelly & Ice Cream is one of my essential blends! I drink this tea more than any other. I’m not sure if this link will work for everyone:

Vote ends soon! Thanks for reading
Edited to add: I had to steep up a cup just thinking about the vote. So so good every mug I brew up. I especially like to brew it up hot in the morning, stick it in the fridge, then add ice cream later at night when it’s hot out. TEA FLOAT

Awesome, thank you. I hope you get to try it some day, if you haven’t already!

Thanks for the heads up! I voted for it too (:

Your vote has been counted, keep your eyes peeled on your email to see the winning blend!"

I threw a vote in! I have never had ANY Bird and Blend tea, but you are so enthusiastic I wanted to support your flavor! Lol

Thank you all for voting! And I’m surprised but not surprised ashmanra, that you haven’t tried B&B. Not surprised because I know you like unflavored teas more and B&B mostly has flavored blends. But they have some great blends!

I’ve never tried any B&B tea but I voted for you. Hope it wins!

Thank you thank you Frolic. :D

Well, turns out Butter Brew won… never had Butter Brew, not interested in Butter Brew. Not having Jelly + Ice Cream will give me much less of a reason to order from B&B to stock up anyway… less money spent on tea? Thanks to everyone who helped vote.

Did you see that it’s currently available?

Yes, Kittenna I was able to grab some early this morning. Thank you for telling me about it though. :D

Awesome. Wanted to make sure you knew! I managed an order this morning too. I need a hiatus.

The first few sips reveal a sweet strawberry but thick Rooibos base which lingers in the after taste. Slightly creamy but overall the sweetness has a big impact, almost verging on being too sweet. I’m a savoury person over sweet so it’s not something I could have all the time, it’s bordering on that too sweet line.

The Rooibos base is thickly herbal too and slightly dry which is slightly disappointing since I usually dislike Rooibos in sweetness and herbal flavour.

As it cools which is also about half way down the mug it remains sweet but the Rooibos herbiness goes away slightly behind the strawberry sweetness.

I suppose it is jelly like but not creamy enough for ice cream; though perhaps it is if milk was added. Though It’s a nice enough blend I don’t think it’s for me.