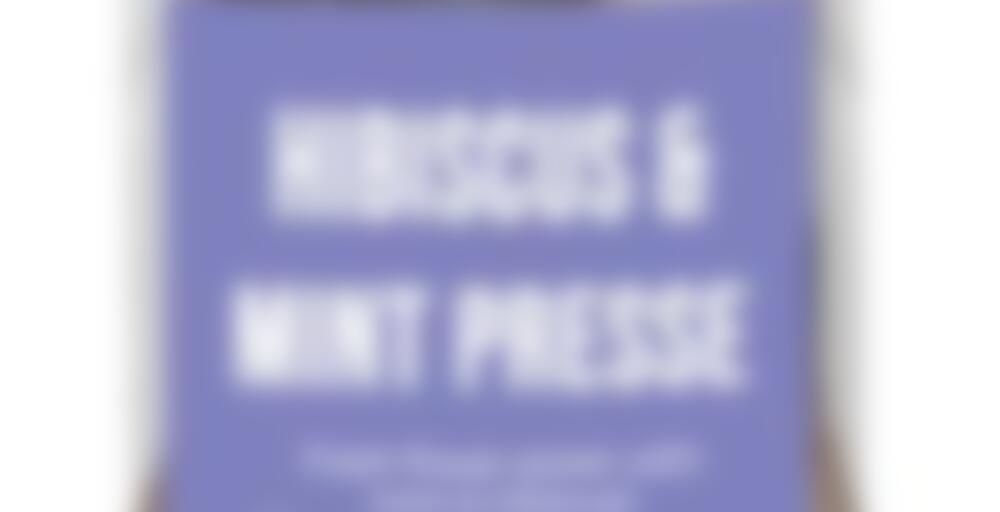 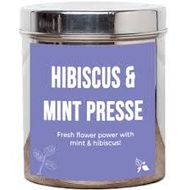 Although I’ve enjoyed their mint teas in the past, the last two I’ve tried from B&B haven’t really worked for me. Here, the hibiscus is just so hibiscus-y and tart, and the mint isn’t the tastiest of mint. I got the smallest bag, anticipating that I might not be a fan. I guess I wish there were more going on here and that the mint were more refreshing. It made a strong resteep that tasted like the first. Cold brewing made this taste a little mellower, but still the flavor was pretty boring.

The problem with having successfully cold brewed in lemonade is that I now want to cold brew everything in lemonade. If I hadn’t ran out yesterday, that’s exactly what I would have done, although it’s got to be a lot healthier to go back to water for a couple of days. It’s not like I need all that extra sugar.

So that left me looking through my cupboard for something interesting to drink cold, which I wasn’t desperate to put in lemonade. This one – from Bird & Blend’s new summer collection – seemed to fit the bill (although largely because I knew I’d have enough left to use in lemonade once I get some more.)

I have a love-hate relationship with hibiscus, that, to be honest, is mostly hate. It’s rare that I appreciate its presence, but it does happen occasionally. A tea almost entirely composed of hibiscus fills me with fear…but when I think of it paired with mint, it suddenly doesn’t seem so bad. In theory.

In practice, it’s…okay. The hibiscus is, of course, highly tart and sour. There aren’t even any berries trying their best to redeem it. I find hibiscus quite a flat, uncompromising flavour. It’s not juicy, it isn’t sweet, and it comes across very one-dimensional when it’s all on its own. The mint helps to a certain extent. It freshens up the flavour, adds a hint of cool that’s very welcome on a hot day, and generally helps to make this thing taste a little brighter. It’s pretty well overpowered for the most part, though – I can only really taste it towards the end of the sip, but when I can taste it it’s a nice counterpoint to the hibiscus.

It sounds strange to say it given how I’ve just described things, but I don’t dislike this one. Considering hibiscus is my nemesis, it’s actually not terrible. It’s a little lacking in its present state, just cold brewed in water, but I think it’s going to be a whole lot better in lemonade. Some sugar will surely help.

Clearly, I have a new addiction.