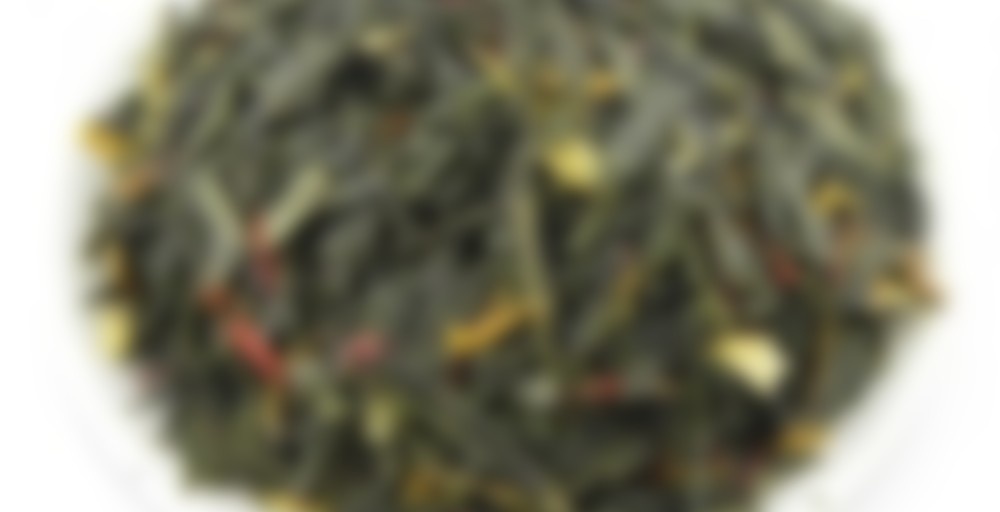 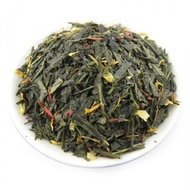 This delectable brew delivers the relaxing scent and warm flavors of all natural vanilla, intertwined with the herbaceous flavors of sencha green tea. This blend is wonderful to open the day with, or to enjoy on a chilly night.

okay okay okay
i’ve been drinking lots of swap samples but i’m much too busy to make proper notes about each at the moment (hopefully i’ll get to it this weekend), BUT i just needed to take a moment because i MUST say that this tea smells awe-sum! and i think i got lucky and brewed it perfect! lots of sweet vanilla and green in the nose, just a nice polite green tea with a tiniest hint of vanilla mellowing it out in the mouth.
thank you Shelley_Lorraine this cup definitely brightened my day a little.
onto the second steep!

Thanks to Dustin for this sample

*The dry leaf smells equally grassy and of vanilla
*The brewed cup has a stronger vanilla aroma, but still picking up on the green tea base.
The vanilla is much more subtle and natural than in other vanilla flavored teas I’ve tried. It doesn’t smell so strong of alcohol/vanilla extract like some others.
The flavor is more on the green tea side, while the vanilla plays subtly in the back ground. I like it quite a bit, but don’t know if I like it enough to purchase more. I tend to prefer unflavored greens in my permanent stock.

I purchased this vanilla sencha, as well as Bird Pick’s caramel and honeydew senchas, and then 52Teas Banana Peach green, which has a sencha base…then I found out I’m pretty sure I don’t like sencha. Ack. This was the first I tried, and I’ve been fiddling with it since, trying to understand this particular green and make it work for me instead of against me.

The trouble is, no matter which variety I make, the sencha always pushes through and tastes, whether subtly or intensely, like I’m drinking ground-up spinach. Eurgh. I mean, I love spinach! But like, in salads, or on sandwiches. Not in a cup overlaid with a dessert-y taste.

The best I’ve managed to do with this one in particular is keep the steep super-short. So far the lowest I’ve gone is about a minute and a half, but I might reduce that further. This is also a pretty weird vanilla, I think, which doesn’t help – it’s a particularly creamy sort of vanilla flavoring, which normally I’d be over the moon about but I just don’t think it suits this variety of green. I’m going to keep fiddling with it, but any tips on how to best brew sencha would be appreciated!

Eh. This tea smelled nice dry, but I’m not getting much flavor at all. A little bit of green, a little bit of vanilla and absolutely no wow. Adding sugar just made it sweeter and did nothing to bring out any flavor. Pity.