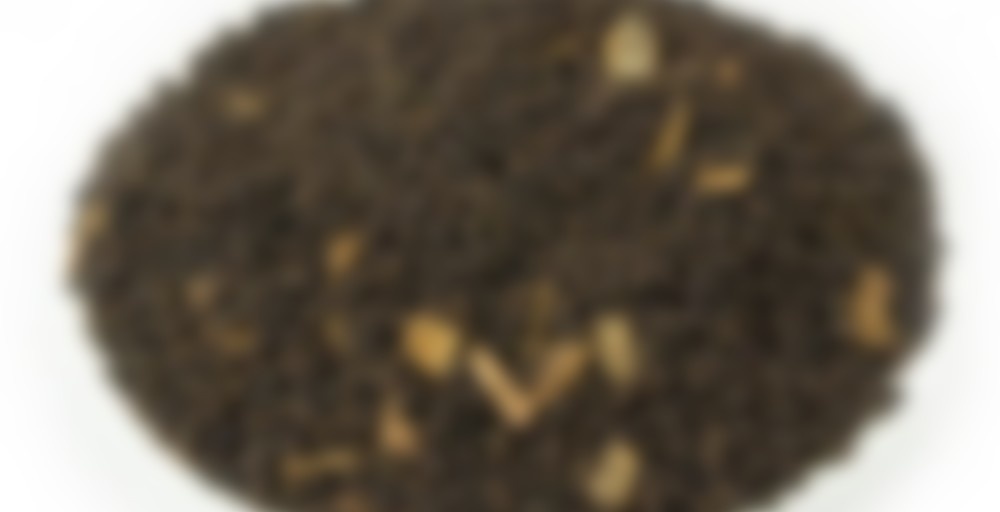 A bold aromatic tea with spicy and sweet undercurrents, Indian Cinnamon Tea combines a lightly robust black tea with pieces of cinnamon bark for a satisfying brew. Cinnamon has been used for many things throughout history, but it is most well known to be used as a spice in flavoring foods and drinks. It has been known to boast antibacterial properties, as well as aid in cholesterol, blood sugar levels, and brain activity.

So I bought some eggnog on sale at the grocery store, and my new plan is to sip down some samples I wasn’t overly fond of plain, by drinking them with eggnog. :) I’m a bit too lazy to go the full eggnog latte route, so instead I’m just brewing the tea strong (2 tsp steeped in an 8oz mug maybe 3/4 full x 5min) and then topping the mug off with eggnog. This actually worked really well for this tea – it’s a cinnamon-flavoured CTC black, so it’s probably intended to be consumed with milk and sugar added. The cinnamon was strong enough to hold its own against the eggnog flavour, and I drank the whole thing down pretty quickly. So, I’m going to call that a win. :)