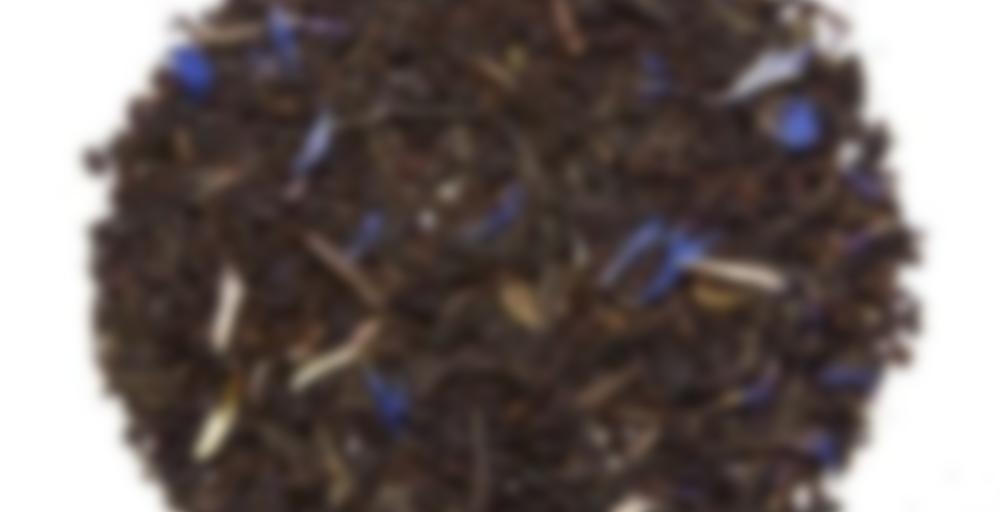 by Blue Teapot
--
You

A black tea scented with oil of bergamot, blended with blue cornflower petals to produce a very rich, refreshing, and citrusy cup .

First of all… I just noticed yet another tasting note I had previously written that Steepster ate for whatever reason. It was on Ruby Oolong, which now has “No notes yet… add one?” and I know for a fact that that was the one that I had written “another Rishi sipdown” because it was when I finished off that tea! This is really frustrating! Now I lost all of my final thoughts on that tea, which are important to me in evaluating my evolving taste for different types of tea and whether to repurchase or not. I really wish the admins were still active on their own website. I have not seem any improvements to Steepster (the actual website) ever since I joined last November, and it really is quite sad. (/rant)

Ok, on to the tea. This one has been sitting in my work’s cupboard ever since I started working here. I have had it only once or twice since then, with underwhelming results that I don’t quite remember. So I decided to do a proper tasting of this tea and log it (hopefully this one will be spared by Steepster, the Devourer of Tasting Notes). I think this tea must be a year, maybe two, old, and it’s only been stored in the original bag it was purchased in, so it has probably lost a lot of its original aroma and flavour. I don’t think it’s really worth drinking anymore, but I wanted to take a break from all of the teas I have in my personal cupboard at work, and so I just went for this poor sucker.

The dry tea smells vaguely of slightly floral black tea, which is pretty much the same for the brewed cup, except the black tea base aroma comes out a bit more then. This tea is supposed to have bergamont in it, but I don’t really smell it. The tea leaves are very finely broken, almost powder-like, which is strange to me since it was purchased loose leaf. As a result, the tea brewed quickly, and I only left it in for 2 minutes (I used a timer this time! Hurray!). I think I remember I made the mistake of over-leafing and over-brewing it the first time I tried it, since I didn’t realize how quickly it brews as a result of its rather fine grade.

Flavour is still very underwhelming. It’s not bitter, which is a plus, and the black tea base is rather smooth and overall enjoyable. The only flavour note I can pick out is the slightly floral one that kind of weaves in and out between sips like an elusive ribbon. You can’t always notice it, but it’s there. Hiding in the background is the tiniest citrus note, as well. I don’t think I will put rating for this one, as the age of the tea likely detracted for its quality by a lot. It’s not bad though, I will still enjoy the cup for today.

Yeah a few tweaks here and there could really improve things as its such a great resource. These reviews cant be taking up too much space, not sure why there are problems with disappearing stuff – storage is super cheap these days too. Still the best tea website on the web