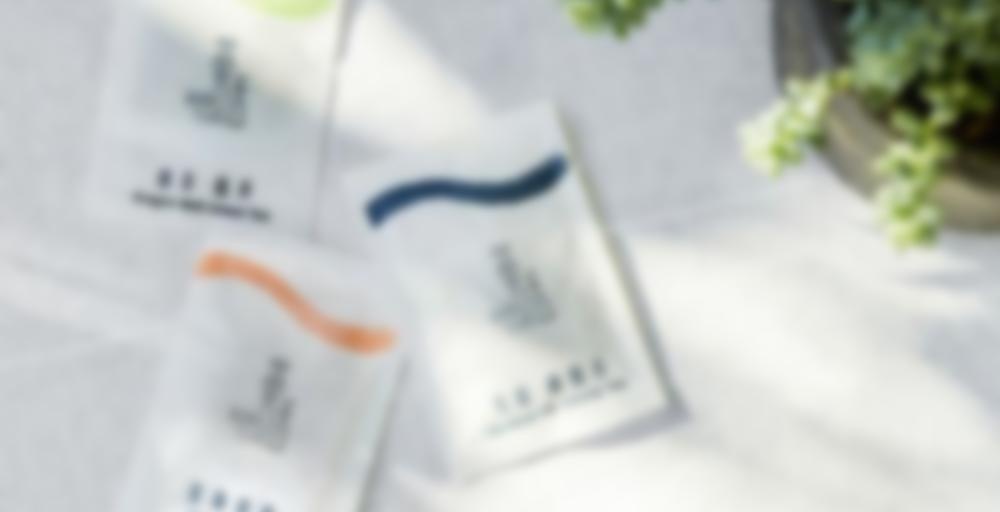 World’s first Instant Cold-brew TeaTM – just add cold water to our tea, shake for 10s & refill. It’s the most natural beverage besides water – it’s just tea and nothing else. All-natural, tasty, and eco-friendly.

Gifted to me by one of my coworkers; I don’t know where/how she found these “instant cold brew” teas but she kindly offered to let me pick one of the three tea options to test out and how could I resist!?

So, the idea here is that each packet has what is essentially a teabag in it but it’s filled with ground up tea similar to matcha – except not matcha. This one was Tie Guan Yin oolong, and it basically looked like a darker and more brown tinged matcha shoved into the teabag. You toss that bad boy into a bottle of cold water, and you shake it back and forth “forty times” then removed the teabag/packet. Wallah – ‘instant cold brew’.

I mean, it came out a weird, bordering on fluorescent green colour which was a little freaky and there’s definitely a lot of sediment in the cup from the “powder” that is basically getting cold shaken into the water. I thought it tasted more like a very nutty/softly roasted green tea than any Tie Guan Yin I’ve had recently; but I don’t know if that’s placebo effect because the whole time I was making this I couldn’t help compare the appearance to matcha. I suppose, because of that nutty/roasty element, is does kind of remind me of Tie Guan Yin? I definitely wouldn’t call it a good version of the tea though.

I think maybe this concept could work; but I don’t think straight/traditional teas are the way to go to do it well. I’d focus, instead, on flavoured and scented teas where you can compensate for the lack of quality of the straight tea base with some of the other flavours that you’re bringing to the mix. So stuff like jasmine or rose scented teas, Earl Grey, maybe a green tea version with some sort of fruit like mango!? Straight tea just feels like you’re setting yourself up for disappointment.