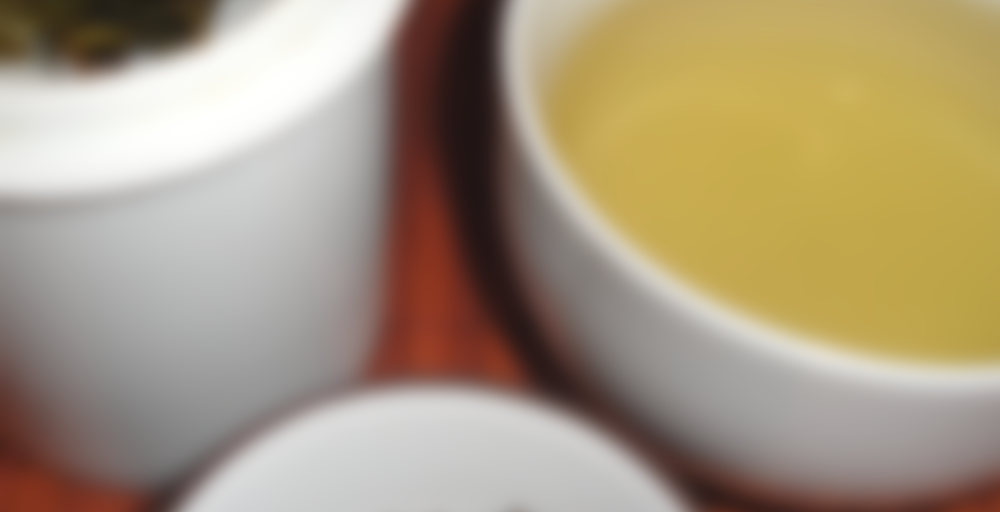 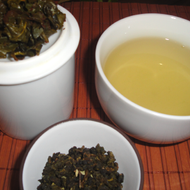 by Butiki Teas
86
You

Peach oolong has a sweet floral peach aroma that evokes images of warm summer days. This high altitude Taiwanese tea starts off with a light floral flavor that quickly develops into a natural white peach flavor that lingers. Peach Oolong is a refreshing smooth bodied tea that works well iced or hot. Add some brown crystal sugar for a sweet desert-like treat or drink plain for a more natural flavor. Our Peach Oolong is good for multiple infusions.

All About Health Store

Brewed some of this up last night, and made the unfortunate mistake of putting it in my plastic travel mug, which I now am certain is giving off a soapy flavour. It last happened with my Yogurt Strawberry tea from Tsaa, and now this one. I’m certain it wasn’t the tea, as I did taste it prior to putting it in the mug :(

So the soapiness definitely ruined the flavour, but I have to admit that I didn’t taste much flavour to begin with. It just tasted kind of like a light TGY.

However, I just brewed up the second infusion of it tonight (which was left to infuse for probably a half hour, oops), and it’s actually rather good! I can taste the background oolong, with some floral peachy notes that I wouldn’t usually expect in an unflavoured tea. Maybe I just didn’t infuse long enough last time? I’ll have to try again, but I’m enjoying this half-cup now! Rating withheld until I have a tasty first infusion.

ETA: Third infusion likely has merit as well here, but I did a bad thing and left the leaves in the cup for WAY too long. Like, overnight-style. I tasted the tea and it tasted ok until I swirled it and the bitterness permeated the whole cup. Ah well. Next time.

D’oh soap! That’s actually some thing I worry about when I’m washing up the tea ware.

Shoot, that is so disappointing when your tea is ruined.

Last of the batch (sob) Still very tasty, sadly I can’t order any at this time but it’s on my list :D

So I brought the rest of my peach oolong to work today to share with the folks here. they’ve been laughing at me all week about my tea consumption and i figured since the masses seem to really enjoy this tea, it might shut them up. Well it did ha! for now… now they want to know how much it costs and where they can get some good tea etc..

In so far as this tea goes, I’ll likely not order it again. While i appreciate the delicate taste of this tea, it’s just not for me. DO NOT let that deter you from trying this tea as I honestly believe that this is a wonderful tea if you can appreciate this type of tea.

My favourite oolong from Butiki and probably the only one I would order again from Stacy.

the only oolong that is.

Helena, and that’s why I encourage others to buy this! It’s not for me but it’s a great tea.

I still wanna try this!

Peach Oolong came out nice and buttery for me today, perfect for the raging creamy tooth I have going this morning. Once I’m done this, I’m going in for a resteep.

haha, reading my previous notes on this tea I talk about canning peaches – funny now as I finally made canning a reality for me to do. Well, my husband did, he bought me a pressure canner, jars and tools. last weekend I did nectarine preserves (like a super chunky jam) and vanilla maple nectarine jam. Today I need to prepare for buying a ton of tomatoes and pineapple tonight, which I will can over the weekend.

Wow…Vanilla Maple Nectarine Jam!? Thats sounds absolutely delish.
I can fruit every year…maybe I should start getting more adventuresome in what I put up.
A Peach Oolong sounds delish too, perfect for this time of the summer where all the Peaches are coming on:)

I used the Ponoma pectin, which makes it really easy to use whatever kind (and any amount) of sweetner – I got the recipe out of their cookbook, which has some pretty wild jams. The blubarb jam is amazing! http://www.amazon.com/Preserving-Pomonas-Pectin-Revolutionary-High-Flavor/dp/1592335594

What a fun book! I just might have to see if my library has it:)

I have no idea why I keep drinking peach things. Maybe I really want peaches? But that’s not a problem, I have a freezer full of them!

This is pretty tasty, I think it’s perfectly sweet enough without adding anything. It’s a pretty light flavor, which you’d kind of expect with an oolong like this…it blends SO PERFECTLY in with the floral notes of the oolong.

I still am not sure what type of tea I find goes with peach best for me. This is better than a roasted oolong, for sure, but still not sure. I am going to try the Lupicia momo oolong next and see if that changes my mind.

White Peaches! Tastes JUST LIKE White Peaches! Sweet and juicy! Very nice!
I want to go on record saying that I think Butiki has some of the BEST flavored oolongs I have tasted so far! YUM!

If you like Peach – try this! If you are looking for a nicely flavored Oolong…TRY THIS!

Just received my order today! woo! She sent me a sample of Peach Oolong also. I can’t wait to try it. Love your reviews :D

Sample Sipdown…this is nice – a good oolong but not peachy enough for me.

I adore Butiki’s oolongs! They are my favorite — this one especially!

Going through my tasting notes, I noticed that I had wanted to try this as an iced tea by combining the first two steeps and popping it in the fridge. Being on an iced tea kick, I decided to give it a go. I steeped this twice at 180 for 4 minutes, combined them in my stainless steel water bottle and added a dab of honey before cooling.

This is an absolutely fabulous iced tea! The oolong base did not get bitter at all. In fact, it’s very flavorful while being light and refreshing. The sweetness from the honey helped the peach flavor pop just a little.

Dear iced, juicy peach oolong, I will have to make you more often!

I received this as a sample. I was super excited to try it. And then I made it way too weak, I accidentally used it in a cup too big. BOO :(

I hate that! Did you rebrew?

Nope :( I’m at my parents house and if I do, the noise from the kitchen will wake them up.

This one has a nice peach taste amidst the oolong. It mixes really well where I can taste both the peach and oolong, but neither is too overpowering. It’s a bit more flavoured that the Grape Oolong I’m finding, which I like. Slightly more oolong than peach but I think I prefer that over fake or overwhelming tastes that overpower the actual tea. This is one I will repurchase.

I let this one cool a wee bit too long. I prefer it hot.