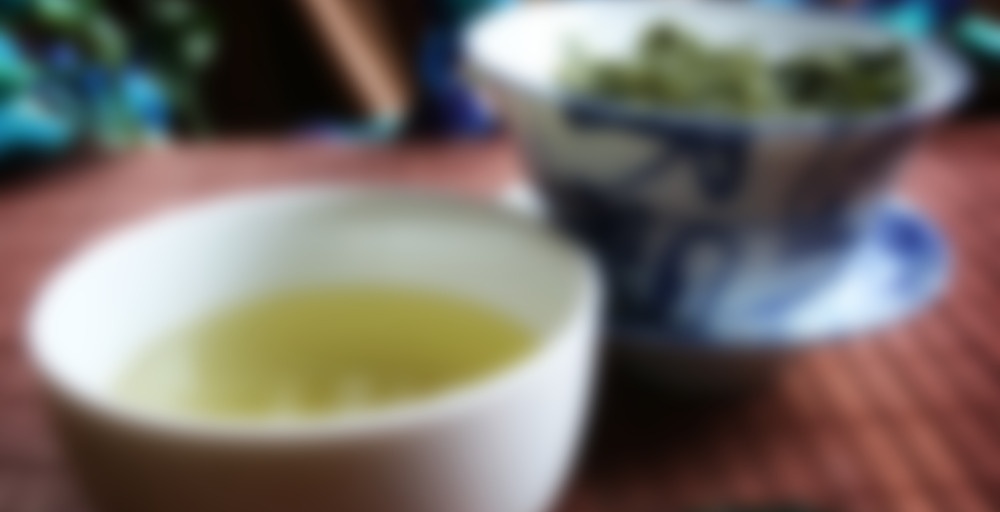 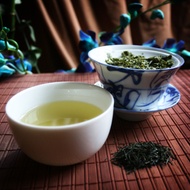 by Butiki Teas
80
You

Grown under straw shades for at least two weeks prior to harvesting, Gyokuro Superior is a first harvest green tea grown in Asahina, Japan. Translated as ‘Jewel Dew’, this rare tea produces a sweet mellow flavor that finishes with notes of seaweed. This Gyokuro Superior is extra fine.

I am making up for my silence yesterday. Today is an overcast indoor day. I will drink tea. And a lot of it. Another sample from Butiki. I am brewing this in the Gaiwan for the suggested 1 minute. This tea already has sent an energy through my body that is otherworldy. I feel like I could do anything. So much for staying at home. This tea makes you want to do something. Anything. The flavor and aroma are rich and very intoxicating. In The Hero’s Journey by Joseph Campbell, Roger Guillemen states: " But yet, if you study psychedelic experiances, you also have to consider green tea, which is loaded with caffeine or molecules like caffeine. And it’s very well known that this has a profound influence on the function of some people." This tea does provide a profound influence on me. Superb….

I think it has a similar effect on me as well :)

It was quite a cup….

This was a (rather scanty) free sample from Butiki with my recent order. I do appreciate free samples, esp. since they e-mailed me to offer me two of my choice right after I placed the order—at 10:15 on a Sunday night! Fabulous customer service. But this sample was barely enough for one cup. I’ve gotten a lot of tea samples and none were this small. It didn’t smell like anything in particular in the little ziploc bag, either.

This gyokuro makes up for my tiny sample by being really flavorful. It’s not as violently green as some gyokuro I had at a local teahouse; this is more of a sort of golden jade color. The smell in the cup is more spinach-y than the tea’s ultimate taste profile. The flavor is dry-ish (could be perceived as bitterness, but it fades so quickly that I don’t taste it as bitter), bright, and finishes with a wave of brothy/vegetal goodness typical of gyokuros. This “umami” flavor may be something you either like or hate, but I like it, and I was glad this sample had the typical flavors of this tea.

One issue I had with this tiny sample is that parts of it were crushed almost to powder (and I don’t believe it’s supposed to have extra powder in it, as some Japanese green teas do). This meant that using a regular mesh ball, I ended up with lots of dark green tea flecks in the bottom of the cup. With gyokuro’s strong flavors I would worry that this would influence the flavor even after I stop steeping and remove the ball, but I didn’t really notice that happening. Still I get the feeling that either the sample was taken from the bottom dregs of a larger container of tea, or the sample bag was crushed in shipping, breaking the tea quite a bit. Or maybe gyokuro is just very fragile, I don’t know. Whatever happened, I would think that Butiki would want to present this tea in its best light when sending it as a sample, but that’s not how it arrived.

I wouldn’t mind making gyokuro a permanent part of my tea cupboard, but I need to shop around a bit and decide what’s the best value/taste ratio. This one is $16.00/2 oz., which is not a deal-breaker but a tad expensive for my stash. I’ll continue my research to learn what is considered a good price for this type of tea. If you have a very very favorite gyokuro, feel free to communicate it to me!

But worth it if you find the right Gyokuro…….

Thank you to Butiki Teas for the sample.

Gyokuro is just about my favorite style of green tea, so I’m always happy to sample it. In the sample bag, this didn’t smell like anything special, but when I brewed it, it yielded a flavorful cup with no bitterness whatsoever, and a nice umami flavor. The liquor is medium greenish yellow. Normally I add a touch of sweetener to gyokuro, but this one did not need any. I am getting vegetal and seaweed flavors, something almost a bit salty, but kind of sweet at the same time. It’s a smooth, delightful cup of green tea, and the flavors are such that I think it could convert someone who is not a gyokuro lover. Although vegetal, this doesn’t have that ‘boiled spinach’ aspect that some green teas and gyokuros have. Very tasty. I almost have an urge to eat the leaves. I will update later with the results of the second steeping.

I enjoyed this tea. It was what I expect from a gyokuro.