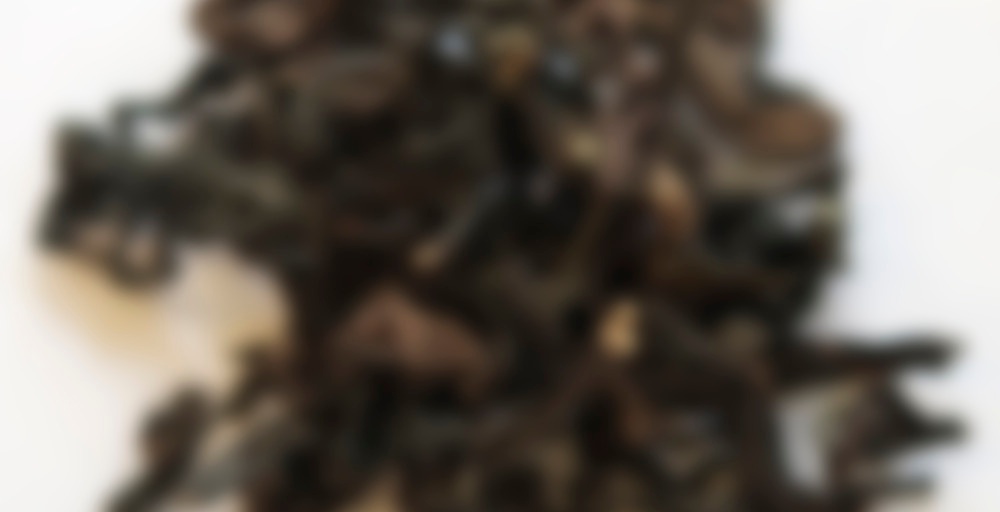 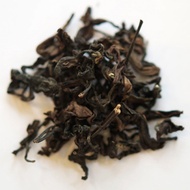 by Camellia Sinensis
74
You

A surprising black wulong from the North of Taiwan. A varied dry leaf gives an deep amber cup with a spicy and fruity nose. Full flavour is sweet with edges of cooked apple and grenadine. Notes of cinnamon bark and nutmeg add to a floral and fruity persistence.

Rinsed leaves have an aroma of cinnamon and raw chocolate; yeasty.
1st infusion, 98 deg/30 sec: light body, brown sugar, a little sour. I decided this was too short. Camellia Sinensis recommends 3-4 minutes, so here I started to agree with them.
2nd infusion, 98 deg/2 min: slightly more body, still sour-sweet. A little too sour for my taste.
3rd infusion, 98 deg/30 sec: round body, much sweeter and fruity. Finally quite drinkable. I’m marking this as a 2.5 minute tea as I think that might be a good starting point for future attempts.

we will have to drink this soon, i’m curious of this sourness

Something that I had Grandpa style this week!

I’ll be honest, this was a gorgeous looking tea but in terms of taste I found it a bit underwhelming. It didn’t taste unpleasant at all but the flavour never really jumped out or “landed” in a way where it was memorable or tangible. I’d maybe say it was a little sweet and fruity (I see other reviewers said apple, but it wasn’t that distinct for me) with some honey and nutty elements in the finish. Smooth and easy to sip on with no astringency/tannin, but I wish there’d be a bit more “oomph” or clarity of flavour.

Gongfu’ed, this seems more like a black tea than it did Western style. I get apple, sourness, tangy sweetness, and black-tea-like tannens on the first steep. It also has that gaba flavour I’m still not sure I enjoy. The second steep intensifies the apple and reduces the sourness, adding some floral and nutmeg touches.

Nothing much changes in the third and fourth steeps, though the spice note gets slightly stronger. It fades in the fifth steep, and by the sixth, the tannens are the dominant flavour. It’s worth noting that I don’t feel any effects from the GABA.

I think this tea works better Western style. Although it’s been compared to Bai Hao, possibly because they both have fruity flavours, the sourness makes it less appealing. I’ll probably go with Guei Fei instead if I want a less expensive alternative. Still, this was better than some other gaba teas I’ve had and it’s a decent easy drinker.

Thanks to thelastdodo I was able to try this :)
I know the reviews haven’t been well but I was intrigued by the sound of it.
This tea just isn’t smooth enough for me to enjoy more than a sip at a time, nor did it invite me back well either.
I wish it was better, but I’m very glad I got to try it.

I’m not one usually for hype, and I’m also not really one for oolongs, but this was a great exception!

It had this sickly sweet taste, almost reminds you of caramelized bananas foster, except in a dark rum (that’s been aged in a new world oak barrel). There was also a touch of lychee/other sweet tropical fruit.

I’m actually going to buy some of this tea to give to some of my Muslim friends to explain what rum tastes like.