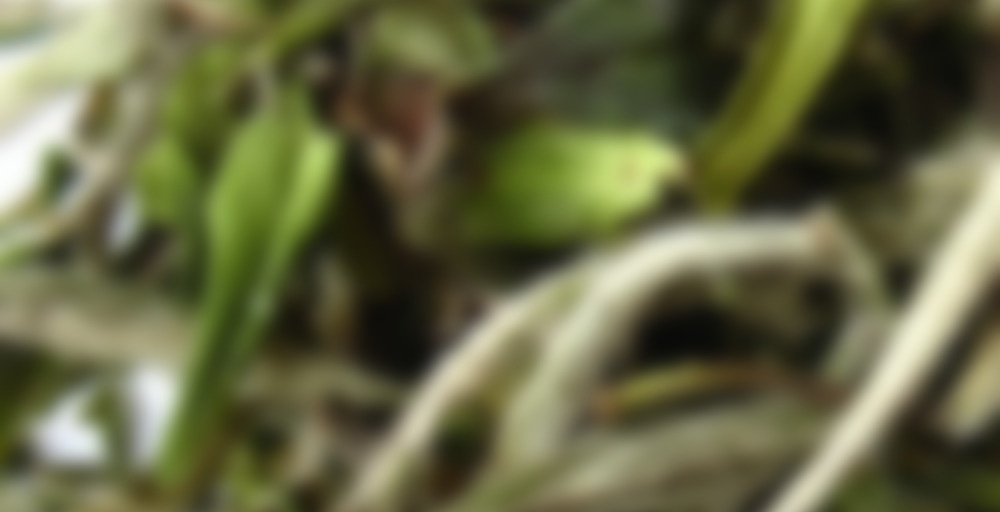 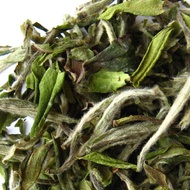 White tea composed of buds and leaves, a rich floral flavour with a hint of sweetness, and a surprising touch of cinnamon. This Bai Mu Dan is smooth yet full-flavoured. A good cup for everyday drinking.

I am drinking this in celebration.

First, it’s a celebration of getting through the final for a pretty intense summer class (and thus having a month of actual summer ahead of me between summer class and regular class). I ordered myself a little sampler set from Camellia Sinensis and made myself wait till after the exam (which ended at 10 pm!) to break into it.

Second, it’s a celebration of a discovery I think some here might be interested in unless it’s already widely known: cream of tartar is nothing short of a miracle for teaware. It has removed some truly disgusting, seemingly permanent stains from my Breville with little effort. I’ve had baking soda help somewhat, but nothing like this! My Breville hasn’t looked so good since I first bought it. It’s shiny and beautiful again.

Anyway, that’s worth celebrating not just because stains quite bother me, but because it had really been affecting my tea drinking. I use the Breville to heat water even if I’m brewing in something else, and I found that teas were really starting to pick up an off flavour from the tea buildup. I’ve been avoiding more delicate teas without really noticing it. I tried a Huang Shan Mao Feng from this same set and it was totally ruined by the Breville water. So, drinking a white tea is liberating and exciting!

As for the tea: I’m not too often in the mood for whites but this is hitting the spot now, even as my first tea of the day. It’s vegetal and green, and sweet. It has a nice and surprising fullness, too, which I’m really liking. I’ve had three infusions in the pretty little gaiwan I also let myself buy, and it’s going strong. Sweet and fluffy.

Ohhhhh! After reading your review I ran and bought cream of tartar! How have you used it to clean your Breville exactly? I’m excited at the sound of having it looking like it was when it was new!! I’ve had some success with vinegar, but some stains just remain…!

It’s incredible! At first I seriously just rubbed it on the wet inside with my finger because I was so excited at the results. For the steeping basket (mine was really gross) I made a paste with vinegar and cream of tartar and was scouring it with a little sponge and then a q-tip for all the crevices. I can’t believe it’s possible for it to be this shiny again! I think you can also dilute vinegar in water and mix with cream of tartar and let it heat/boil which might help lift stains but it wasn’t necessary for me.

Good to know!! My tea master is getting pretty gross :/

This is such great information! My Breville is pretty new, but I use it so much that I’m alrady seeing stains in the tea basket. I’m but slightly type A and i can’t wait to attack the stains with cream of tartar and vinegar! YAY!!!!

AND, a big congratulations to you for surviving such a hectic summer schedule :)

You will really enjoy attacking those stains. I hated looking at how stained mine had got but I’m actually glad it had built up that much as cleaning it today was really cathartic!

I did it! I cleaned mine today, it was amazing! Where did you learn about using cream of tartar? I have to tell all my friends now! lol

I really can’t remember! I saw a brief mention of it somewhere or other months ago. I’ve sprinkled a bit in my desperate baking soda-vinegar mix before, but apparently baking soda and vinegar neutralize one another so no wonder it didn’t work. I’m glad it worked for you too!

The cream of tartar is a great suggestion, have you thought about posting it again on the discussion tab?

I had meant to but got busy and forgot, so thanks for reminding me!

Before I purchased Bai Mu Dan, I’d only tried flavoured white teas. I kept hearing good things about white tea but it never really impressed me. Now that I’ve had this I can see why some people like it so much. It has a light body, with notes of fresh vegetables (but not vegative like green tea). Not to say I don’t like flavoured white tea, Champagne from DAVIDsTEA is one of my favs.

Happy to have tried this once. I think I’ll try another white tea, Bai Hao Yin Zhen sometime in the future. So far I like what Bai Mu Dan has to offer, and I’m more open to exploring others now. :)

This is a very nice tea: light, fruity, and sweet, with the final infusion being akin to honey. A well-made and enjoyable tea.

the one and only Bai Mu Dan. By far one of my favourite teas