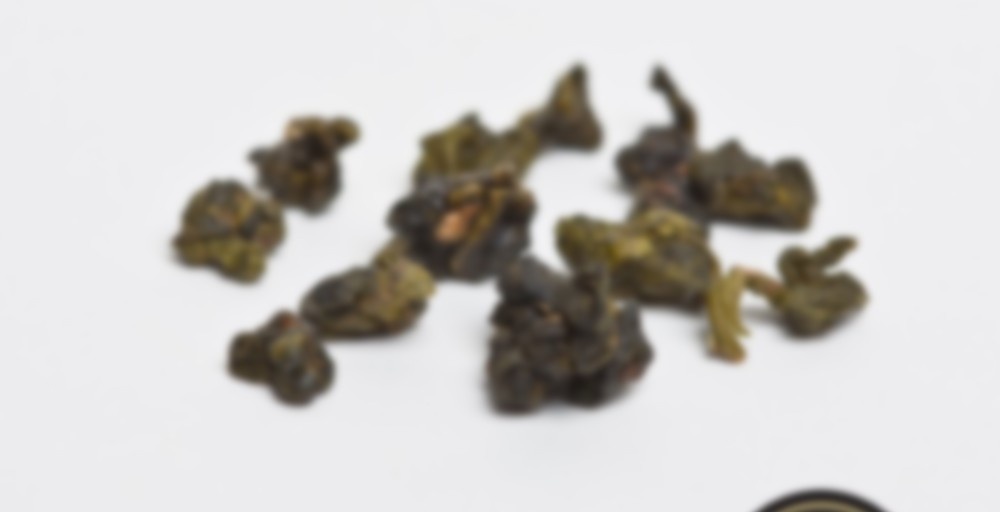 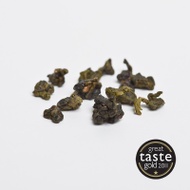 This is a classic high-grown Taiwanese mountain Oolong. Li Shan (Pear Mountain) is one of the highest tea-growing regions in Taiwan with elevations of 1700m to 2600m. Li Shan’s moist, cool terroir produces teas of exceptional quality: this Li Shan is soft, floral and buttery.

Li Shan is similar in style and flavour to Ali Shan, although grown at higher altitudes. The dark tightly rolled leaves produce a lovely light yellow liquor that has notes of flowers and fruits – we tasted hints of peaches and lavender – with a superb rich, rounded buttery finish. There is no hint of bitterness or grassiness in this Li Shan, despite the relatively light oxidation.

Perfect as a morning cuppa, afternoon delight or after dinner trea, Li Shan is a truly classy oolong that is guaranteed to please the most demanding tea lover.

This Oolong consists of varied sized balls from roughly 4mm to 1mm in diameter. They are dark green with some brown and medium green in places with a few pieces having quite large stems still attached. A quick sniff-spection reveals a dry and perfumed floral scent.

The liquid once steeped is very light yellow. It has a sweet and floral flavour with a dry after taste. Very delicate but it does have a buttery element present though honestly it’s a little ruined by the overwhelming dryness. I don’t mind some dryness from an Oolong but this one feels like it leaves a powdery substance in my mouth after each sip.

Also as it cools the perfumed element becomes stronger as does the dryness which I didn’t think was possible.

I usually prefer Ali Shan to Li Shan and this was no exception. I had high hopes for this tea and while it was still a pleasant enough Oolong it just is not for me.

Alishan is also my favourite kind of oolong! And I hate it when a tea is so dry that it becomes distracting. You were kind to give it a 72. I probably wouldn’t have finished the cup :)

I too hate dry tea, I drink tea to lubricate my mouth not make it feel like sandpaper. This Oolong was only rated as high as 72 because of the lovely flavours it held, it was just such a shame a lot of it was ruined in the after taste. Plus in all honesty I only had a sample of this and I didn’t re steep it more than twice. I tried my best to not waste it anyway.

As I first typed out the word oolong for this review, I realized that I had far too many o’s in the word. This can happen with a word like “oolong,” and I supposed it would not have changed the sound. Say it with me. “Ooolong…” Okay, good, now we are in the right mindset for this tea!

Grown in Taiwan, “Li Shan” refers to the region in which it is grown, known as Pear Mountain. According to Canton Tea Co., this is one of the highest tea-growing regions in that country. If you wondered whether this tea was related to the oolong known as “ali shan,” look no farther: they are similar! The styles of these two oolongs are much alike, as are the flavors, though this oolong is grown at a higher altitude than ali shan.

Preparing for a gong fu session with a gaiwan, I heated my water to nearly boiling and preheated my teaware. I used several teaspoons of leaf in the gaiwan, so that I could perform numerous short steepings. The dry leaves are very, very floral and the aroma is smooth and buttery. After rinsing the leaves, I steeped them for twenty seconds. The smell of the freshly brewed tea maintains the smooth and buttery nose with less intense floral notes. The flavor is floral and vegetal, and already it is very bold and expressive. The leaves have hardly yet opened. In the second steeping, I let the leaves steep for thirty seconds, wishing to strengthen the tea further. Judging by the initial aroma, it has worked. The brew is twice as dark as last time, a deep yellow-green.The mouthfeel is thick and a bit dry, but now the floral notes in the flavor are accompanied by some sweet fruitiness. This tea makes me feel rejuvenated and full, as though I were drinking something that was not at all water-based. Steeping three is for another thirty seconds. The resulting tea is much like the second steeping: thick, darker (than the first), floral, buttery, and just a bit fruity. In a word, it is delicious. This tea has met and exceeded all of my expectations for it. I am going to put the rest of the leaves in a larger pot and leave (no pun intended) them for an extended steep, in order to bring out all of the leftover tea flavor. On my personal enjoyment scale, I would rate this tea an 89/100.

I received this as part of the Canton Tea Club, but have realised that I did not write it up yet. The first sip was rather milky in a good way. The tea itself reminded me of pears with a lovely floral note and no astringency that I could detect. It was light and enjoyable.

I have enjoyed what little tea I have tried from Canton Tea Co, so I was so excited to try this tea when Melanie included this in a swap. Thank you! I detect primarily floral notes. It’s a tiny bit astringent, but I think that helps to bring out the faint tart & fruit flavors. What I like most about this tea is the sweet finish. It takes a few seconds for it to develop on your tongue, but it definitely lingers and calls you back for another sip. This is a very solid and enjoyable oolong.