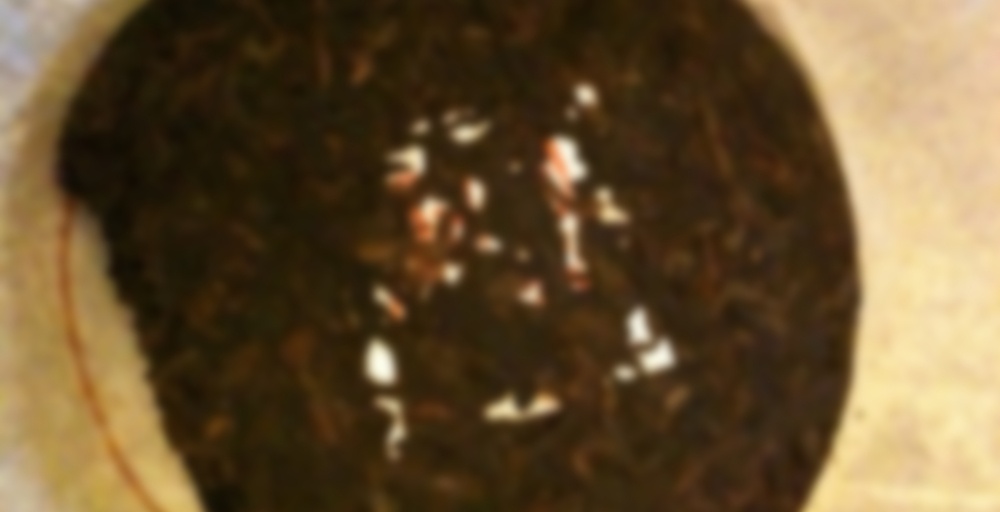 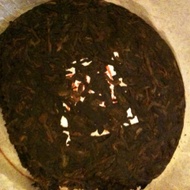 Canton’s own brand cooked puerh is smooth with woody notes.
Good enough to carry our mark, this specially commissioned cooked mini puerh cake is a great place to start exploring puerh – but also great for people who drink a lot of puerh tea every day. Pressed from cooked tea harvested in 2007 and fermented for 48 days, the cake has already mellowed slightly with age and is smooth to the taste with all the sweet, earthy notes you would expect from a high quality cooked puerh.

I’ve had this for about a week, and I’ve made quite a few cups of it now, but I’m still having difficulty getting the steep time and amount right.

It has a very strong aroma – of new leather, which fills the house when I brew this. It’s pleasant, but a little overpowering.

I steep about 3-5g in 250ml for about 30s a little longer in later steeps, but not by much; the taste and smell really are strong enough, and maybe a bit too strong, for me – even at short steeping times, and even in later steeps.

For the first two or three steeps, the smell is overwhelmingly of new leather, and it overpowers any other scent or flavour. After these first few steeps, it mellows, and becomes sweeter, with some forest-like hints and woody flavours. I’ve re-steeped the leaves many, many times in one sitting – probably as many as 10, and I could have kept going, I think.

Overall, I think this is a very good puerh, but the strength of its brew is an acquired taste that takes quite a few cups to get used to.

I’ve uploaded some pictures of the cake; the leaves are in good shape, and there’s no muddiness – and, yes, I’d already started to break bits off before I got around to taking a pic, so the edges are raggedy – It was perfectly round and perfectly wrapped when I got it!