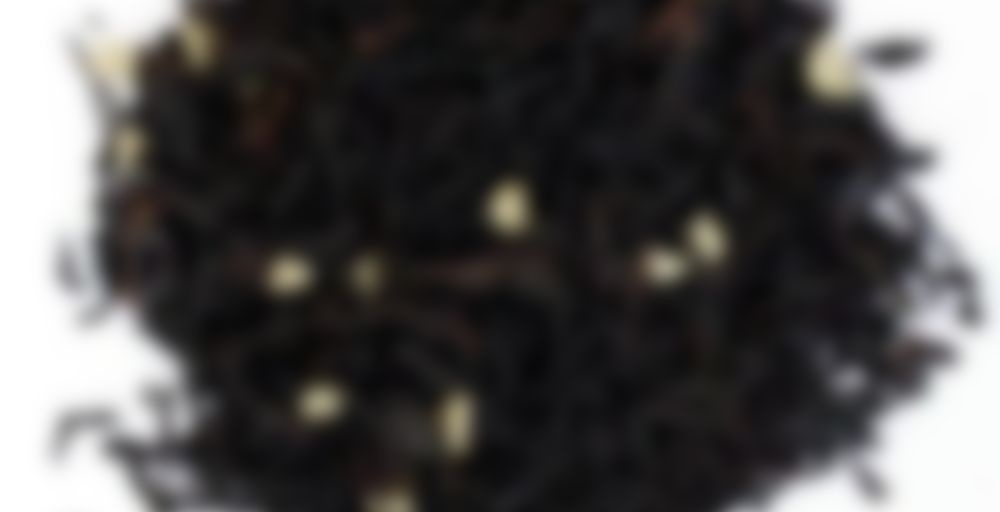 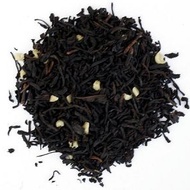 by Capital Teas
74
You

This black tea is infused with almond and vanilla to create a creamy, aromatic cup with a nutty finish.

I have been so overwhelmed lately with nursing school that I just haven’t had time to post about any teas. I am actually drinking more teas than ever since I need all of that caffeine to make it through the day, and I do browse Steepster once a day or so to see what everyone is drinking. I have an exam on Monday that I should be studying for, but I really want to get to the rest of the teas that Nicole sent, so I got up a little earlier to taste some teas.

This one kind of threw me off for a while. I kept noticing a fruitiness in the aroma and the flavor that I couldn’t figure out. I agree with Nicole, I think this has more of an amaretto type quality to it, rather than just almonds and cream. There was an almost roasty/smokiness in the flavor, which I’m not sure if it was from the steeping time (right in the middle of the recommended range at 4 minutes) or if it is just this tea. Adding just sweetener did not help and made it even more artificial and syrupy-tasting, but adding milk also makes it a creamy cup and brings out more of the vanilla and almond flavors. Overall, I am glad that I got to try another Capital Teas blend that I’ve been eyeing for some time now, but I will probably not purchase any for myself. A little too fakey-fruity and smokey for me. Thank you, Nicole, for this sample!!

Sounds like you’re really going through the ringer in nursing school! It’ll be over before you know it though!

Thank you for brewing and reviewing our Almond Cream! We hope you’re able to try more of our teas as well :) Happy Brewing and best of luck with that exam on Monday!

It really is, Fuzzy_Peachkin! We’re already at midterms, though, so the first semester is flying by, even though I feel like I have done nothing but study for the past 8 weeks. I am loving every minute of it, though!

Thank you, CapitalTeas! I visited your store in Bethesda over the summer and stocked up on some Figgy Pudding and Royal Wedding tea. They usually end up in the Timolino a couple of times a week on the way to class! :)

Thank you Nicole! Slowly trying the teas you sent! So. Many. Teas. I think I’ve had this tea before under a different name before – Tea Haus – Marzipan. But that’s fine because I love it! Now I have a little of both. You can’t say this one doesn’t have almond! The black base doesn’t overpower the flavor… but it would be hard to with this almond. Some vanilla like qualities too! Very nice!

Wow. If you like almond extract, this is the tea for you. About knocks your socks off when dry.

I don’t know how much flavoring they put in this but it is one of the only almond teas I’ve had that tastes like sweet almond/amaretto. Just putting almond nuts in a tea doesn’t flavor it very strongly. The ingredients say black tea, almond pieces and vanilla cream (whatever that entails). That’s it. I’m not sure believe that.

If so, they went really super heavy on the vanilla and it brought out the almonds in full force. Seriously, this was like drinking almond extract. Not that I’ve done that but I can imagine. :) There was no noticeable tea flavor. Coworker and I ended up liking it after a cup or two – like having a dessert, really. That said, I’m pretty sure it isn’t something either one of us will seek out again.

We were discussing using it in baking or custard type desserts. It would be absolutely yummy. However, since there isn’t really a tea flavor present why not just use almond extract in cooking instead of a tea…

I would rather call this Amaretto Cream than Almond Cream. There is nothing of a natural nut about this tea. Doesn’t make it bad, just misnamed, perhaps. :)

Thank you Nicole for this tea, from her generous stash reduction :) Oh my goodness, this past week has been so busy I haven’t gotten an earlier chance to try or do tasting notes :(. I’ve been getting home late and sleeping like the dead lol. I thought I could be coming down with something but I think it was wishful thinking so I could stay home :)

I think ever since getting to taste the ATR Brioche tea that I decided that I should try more almond teas. The taste I was expecting was different than what I got. The almond taste was sweet but fake, more like amaretto and for some reason there was a slight sour taste like sour cream maybe? It was ok but doesn’t make my future shopping list.