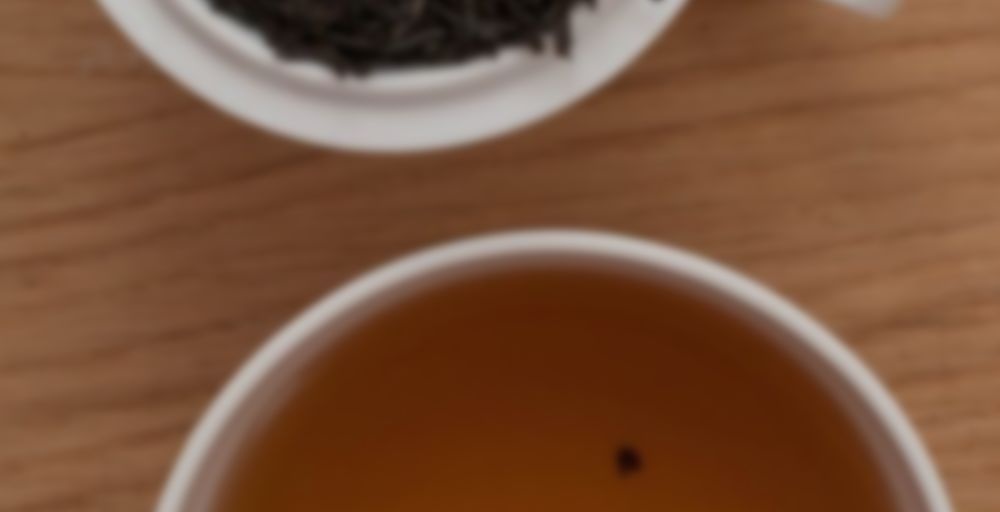 My third and last leaf tea ordered at Carstensens.
I know Chinese teas, Indian teas, Kenyan teas, Japanese teas, but I’ve never had the chance to drink a Georgian tea before. Yes, they had used to be available sometimes in the communist Poland, but I had been too young back then, so I didn’t hesitate after I came across it at Carstensens.
The aroma is not very strong, round, mellow, slightly earthy.
As well as the taste. It is a very mellow drinking experience, with only low tannins, which surprises me a little, because somehow I expected something a bit harsher, a bit more feisty. I don’t know why, I just did.
But that doesn’t mean that it’s a bad tea, far from it. Next time I’ll try to brew it stronger, to bring out more of it, but I’m surely going to drink it with pleasure.

Yep, indeed I heard that Georgian teas were available here as well (Czech Republic), I think that it depends lots of on the blend. Maybe yours was bit stale too, because I think it is not much being sold? Anyway, check my tasting notes for Guria Likhauri. Maybe we can do some swap as well?

The Guria Likhauri Georgian black tea you sent, Martin, is amazing! It has a depth to it that the other 2 Georgian teas I’ve tried do not have, almost Chinese in character. It’s definitely worth a try, dreamloomer!

Martin, I don’t think that mine is stale. When I open the packaging, the smell is strong, so i guess this blend is just like that.
And I like your review of Guria Likhauri. I suppose that my Georgian tea may taste similarly when I finally make it stronger.
I like the swap idea, though currently I don’t have much in my inventory. In a couple of months I’m moving back to Poland, so I try not to hoard too much in the meantime to reduce the amount of things. But after I settle in the new place, I’m going to rebuild my inventory and then I’ll gladly exchange some teas with you.

Dreanloomer – I hope you will keep some Danish teas when you are back in Poland! I think tastes in Poland and Czech Republic will be quite similar, but I understand it’s not easy to bring it back home. I will try to be patient and as soon you are back and you will have something nice to offer, I will be hopefully ready for exchange as well.

Denmark is not far from our countries, so the tastes here so also quite similar. But they do have some peculiarities, especially licorice (they are crazy about it and I like it from time to time, though I realize that many people hate licorice), quince and sea buckthorn (I love the Czech term for it, rakytník is so close to Polish rokitnik). If you’re interested in them, I think I can send you some.

Ass I don’t hate licorice (or actually really like the salty one form from Finland); it would be interesting :)
But don’t worry, we will see when you are back. Why to rush it? I have so many tea and I don’t actually drink that much as I should.