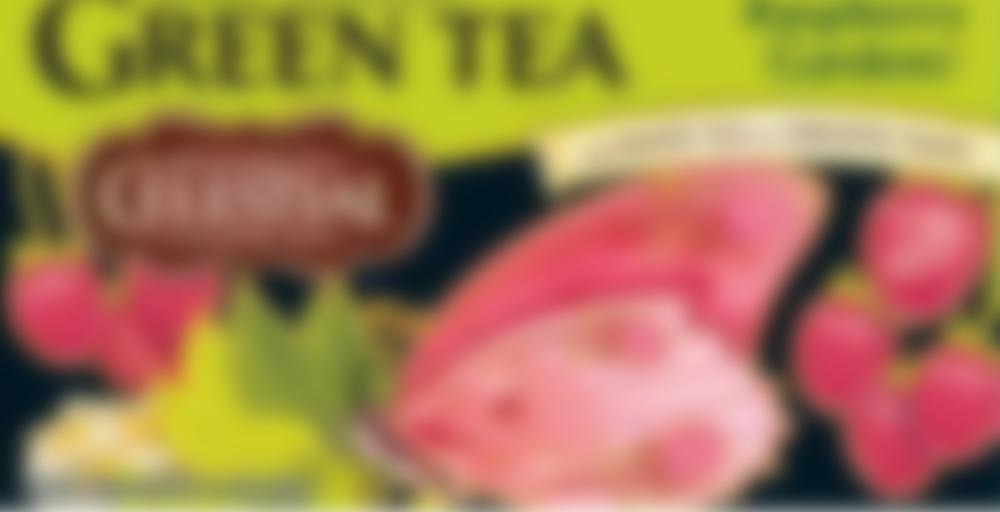 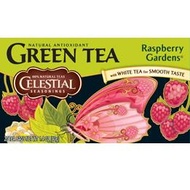 by Celestial Seasonings
62
You

“The sweet-tart taste and effervescent aroma of fresh, juicy raspberries provide a bright complement to the smooth blend of authentic green tea and delicate Bai Mu Dan white tea – one of the rarest and youngest of teas – in this refreshing brew.”
— Charlie Baden, Celestial Seasonings Blendmaster Since 1975

I got this from Janefan as a gift, based on my other experience with the green and white tea blend from celestial seasonings I didn’t have high hopes for this tea, but it surprised me and tasted like a solid herbal tea. The green and white teas get lost under the raspberry. I think this would be excellent iced.

I haven’t tried it iced either, although I think I have another package around (CS used to give away free samples all the time!). I’ll have to try it iced, maybe next time my mother comes over. The raspberry is a bit intense when hot!

my mom uses royal raspberry packets (about 10? 12?) to make a pitcher of iced raspberry tea (plus some lemon and sugar) in the summer and it’s delicious, i think these are a pretty good substitute – except those are herbal and these have caffeine – so i guess it would just depend what time of day you wanted the tea :)

Sounds good! I’m wishing it were summer already… then again we drink Southern sweet tea daily around here so it’s not like I need to wait if I don’t want to!

So, I have actually had this before, but that was a week ago. Mainly because the taste was overwhelmed by the raspberry. So, three bags in a three cup pot (reduce the raspberry taste maybe), and the water wasn’t quite boiling (just beginning to bubble with that low roaring sound). If someone would like to comment on the water temperature and how to tell when the water is appropriate for green tea without actually using a thermometer, I would be appreciative.

So, first cup: lovely reddish brown and smells of raspberries. However, I wouldn’t really know what green tea smells like, so maybe that other smell that is kind of hiding behind it is the green tea. The taste is a little on the tart side of raspberry. BTW, I can not express how much I needed this cup of tea. Not really caring about the taste at this point. It is warm and wet and the ritual of making it comforts me.

Second cup: with the sinus dragon now defeated by Knight Tea, the taste is more tart (tarter?) than the last. But I can also taste something under the tartness that just might be green tea.

Third cup: slightly more astringent. Definitely more of a green tea taste. I really need to try this stuff without anything mixed in. Since I’m not sure exactly who bought or gave me this tea (I didn’t buy it), I’m been trying to get used to the idea of actually trying green tea, which I’ve only had iced and did not like.

Will look into acquiring actual green tea. As for this, I like it but I think next time I’ll go back to four tea bags to a pot. The tart is nice, but I prefer the sweet too, and that I got with the four bags I used previously.

Re: water temperature. According to http://samovarlife.com/how-to-brew-tea, “Boil water and let stand for 2 minutes, cooling to 180-190 degrees. Pour 16 ounces of water over 1 tablespoon of tealeaves and steep for 2-4 minutes.”

Thanks, I appreciate it.

This was a tasty tea, but I would have never known it was green tea – the raspberry and hibiscus stole the show almost completely. If you’re looking for something with a distinct green tea taste, this isn’t it, but it is good in its own right as a ‘fusion’ tea.

Not as smooth as the box claims, but for a green tea it’s average. I think raspberries and blueberries do extremely well with green teas – so I really wanted to try this raspberry one. Has a lovely aroma. Raspberry could be stronger, though. I will finish the box but it won’t be a re-order.

My dad really likes this one.

I made it iced today, thinking it would improve the flavor, for I did not care for it being hot. The Peach Blossom of the same Celestial branding is a much better combination. It did not come off as tasting of much tea, nor did it impart a big, juicy raspberry flavor. Too bad, this box is fairly new too.

Based on past reviews, it would seem that the flavor has changed. In more recently packaged boxes of this tea, the raspberry flavor is light, but not quite light enough to be missed entirely. Quite a treat.

Having a cup of this at work. Had forgotten how much I don’t like this one. It’s not bad enough to pour out, but it has a strange aftertaste and the raspberry flavor totally overwhelms the green tea.

This was a rather nice, smooth flavor. I steeped it pretty much all day in a carafe that I carry around while working. It’s not the most amazing green tea, given that I’m living in Korea right now, but it was a good average green tea.