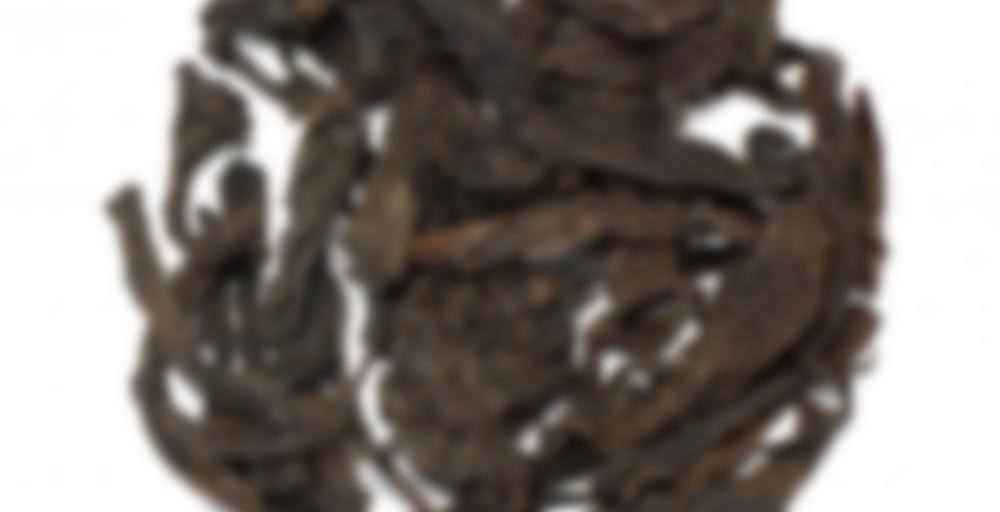 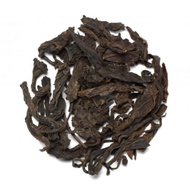 In the South-Western part of China, near the borders of Vietnam, Lhaos and Burma, is the tea district and province Yunnan. “Yun” means cloud, which is no coincidence, as Yunnan is often shrouded in an almost suffocatingly high humidity. Yunnan is the home of 260 out of China’s total of 320 different sorts of tea, and most of them are growing at an elevation of 1000 to 2500 meters above the surface of the sea.

This Wild Pu-Erh is hand picked on the Jing Mai Mountain. The mountain is the home of some of the oldest tea trees in the world. The local villagers have a tradition of handling the breakneck harvest of “Wild Pu-Erh”. According to them many of the trees are more than 1300 years old. The old trees with the tough leaves make a very special Pu-Erh. It is less affected during the 7 years long aging period as other types of Pu-Erh and therefore has a not quite so “earthy” and heavy flavour as is usual.

An absolute must for those who appreciate a very good Pu-Erh in the elegant end of the spectrum.

(As translated by Angrboda to the very best of her abilities)

This sample has been clean forgotten. I was just looking through my box of things yet to post about and there it was. I see that I need to do some translation work on the description of it. I’ll get to it right away when I’m finished writing this post.

Wild pu-erh. Well, this sample was indeed quite wild. I fumbled a bit, taking the little bag of leaves out of the wrapping and dropped it on the floor. This, apparently, was completely irresistable to a passing and equally wild Charm-kitty, who proceeded to bat it violently across the dining room floor. The bag was sealed though, so no harm done. It looked funny, though.

The aroma is thick and earthy and pu-erh-y. It’s like… default pu-erh. This is what I think of, when someone says pu-erh. There is a kind of sweetish, fruity sort of jam-ish note in there as well, which rather reminds me of strawberry jam without actually smelling like strawberry at all.

If the aroma is default pu-erh, the flavour is a bit of a shock. There’s nothing default about this at all, and to be honest it tastes more like a black tea with a pu-erh-y edge rather than an actual pu-erh (which of course it is). I believe this is what Chaplon also mentions in the description as being less earthy and heavy then most pu-erhs because the trees it’s harvested from are so very old that they aren’t affected as heavily by the aging process. Chaplon calls it a more elegant pu-erh, but personally I wonder if that’s not just some sort of attempt to NOT say that maybe it would have benefitted from seven years more in storage…

That said, however, I find it quite pleasant. I rather like that feels more like drinking a black tea. I don’t know why I don’t drink more pu-erh, really. I do enjoy it quite a lot, but somehow I’m just not as interested in it as I am in black tea. Which is also funny, because you would think that this type would be much more interesting, wouldn’t you?

As for the actual flavour, I’m getting leather and wood at first. That’s a fairly sharp tasting sort of combination, and it makes me immediately search for something rounder such as cocoa and/or grain. No luck, though. Instead there’s just the earthy note of the pu-erh, reminding me of what it actually is I’m drinking and otherwise doing that same sort of rounding out task.

But there must be more to it than this, right? I sip and sip and sip and I find… nothing. Leather, wood, earth. That’s it. Something that tastes decidedly pu-erh-y, but feels black.

Often, as a cup of tea cools a bit, it develops more and other notes come into play, or the previously noticed ones change either in strength or in character. I was hoping that it would be the same with this one, but now that I have waited a while, I can tell you that it doesn’t appear to be the case. It tastes exactly the same. The same notes in the same proportions.

It’s nice and all, but… That’s it really.

sounds like a shou/shu pu erh…and I have found that on the whole, most seem to grow smoother as they age, though rarely more complex. There have been a few exceptions…but the explosive flavors and exotic notes are definitely more in the Sheng….I love drinking Shu after heavy foods and dinner

I love shu in the mornings during Winter too.

It was. I tend not to enjoy sheng so much. Frequently I find them a bit too vegetal.

Bonnie, yes, I tend to think of pu-erh as a morning sort of tea as well. Mind you, I don’t usually allocate teas to specific times of day, but I do try to put some thought into which tea to serve on Pancake Saturdays. Pu-erh fills that spot nicely, actually. I’m glad you reminded me of it. I have that other one that Husband’s parents gave me for Christmas. I think I’ll serve that one next time.

This managed to get lost in my little tea sample bowl. Oops. But I’m trying to get things organized and so when I rediscovered it, I thought I’d give it a go.

First off, the smell after a quick rinse smells just like my grandma’s barn. Dirt, hay and a tiny bit of livestock. After steeping an unknown (but less than 2 minutes) amount of time (I kind of walked away and forgot I hadn’t set a timer), the smell is really sweet. Still a bit of hay and dirt but mostly sweet. Dirt syrup. I kind of can’t help wincing a bit. Apparently I’m not in a pu-erh mood.

The taste isn’t a sweet, thick or syrupy as the smell would indicate. It’s more… wood? Green wood, I think, on the front end. And some earthiness that is not quite dirt but in the same family on the back. Dirty leather, maybe? Though sometimes the green wood and dirty leather combine in the sip to hit at the same time and I get a bit of an oily (but not overly smelly) fish. Yuck.

The mouthfeel is surprisingly thin. I don’t think I’ve hit upon such a thin and non-silky pu-erh before. Weird. It does make it a big easier to drink, though. Usually I find the rich smell and silky taste of pu-erh to be too cloying. This isn’t, though.

That’s not to say this is good, though. Cause yeah, I don’t really think it is. I mean, it’s not bad, but yeah, not good. It’s sort of… passable? Like one of those inoffensive Keemuns I stock my pantry with so that if I want a good tea but feel like hoarding my good stuff, I can still get a passable cup of Keemun in. Except it’s pu-erh. And I don’t hoard pu-erh, inoffensive or spectacular. But you know, if someone did hoard pu-erhs, this one would be a great, inoffensive pantry filler.

Except for the when it tastes like fish. Then it’s offensive. Thankfully that happens less as it cools, but still. No fish tea, thanks. I’m rating it without taking the rare fish sips (three in the whole cup) into account. Because fish tea gets a red icky face. Non-fish tea gets a very light green meh face.