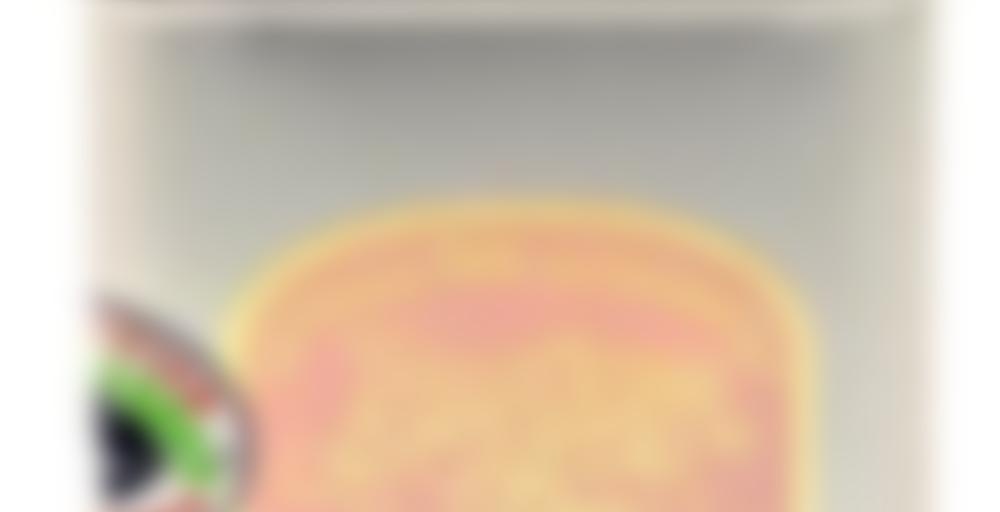 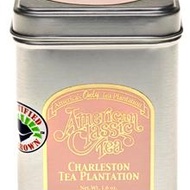 by Charleston Tea Plantation
72
You

Whether you brew by the cup or the pot, tea lovers will enjoy the subtle nuances and fresh-from-the-farm flavor of full leaf loose American Classic Teas. Reminiscent of a bygone era, our Plantation Peach tin contains 1.6 oz. of flavored premium black tea.

I’m having a cup of this with my breakfast this morning, since I’ve had such good experiences with my other Charleston Tea Plantation teas the past two days. This one is probably my least favorite out of all of them. That’s not because this isn’t a great tea, but I just prefer raspberry and mint flavors more than peach. The peach flavor in this tea is similar to the Rockville Raspberry flavor in that it reminds me almost of a jelly or jam like peach taste. And you can taste the black tea too, which always makes me happy. This really is a good cup of tea!

I think it is really cool to be able to drink tea that is commercially grown and produced in my home state. For a long time, we South Carolinians were the only folks in the country who had that priviledge (see the IMPORTANT UPDATE!!! below). What has made the honor even sweeter is that the Charleston Tea Plantation teas are also very good.

Since South Carolina is also the #1 peach mecca in the country, I was looking forward to tasting this blend. When I opened the container, the pre-brewed tea leaves had a very nice fresh peaches aroma. There was no physical evidence of peach chunks among the leaves, however.

I steeped this tea at 212 degrees for five minutes. The result was a reddish gold brew.

With the first one or two sips, my tastebuds could not locate the peaches. After the third and fourth sips, though, a subtle peach taste began to emerge. Sip #5 and on continued the very light and unassuming peach taste with a full Charleston Plantation tea flavor alongside it. There was no bitterness and I have no complaint about the flavor, except that I prefer strong flavors in everything I eat and drink.

If you crave robust fruity taste in your flavored teas, you may be disappointed by this blend. However, if subtlety is your desire, this tea is tasty, even, and pleasant. The discernible peach taste is fresh and natural, just not particularly hearty.

IMPORTANT UPDATE!!!
Many thanks to Steepster Bonnie, who just made me aware of another tea producer in the lower 48 states (besides South Carolina)! About five years ago, Sakuma Brothers Farms Market Stand in Burlington, Washington began selling teas grown and produced there. Here is more information about that: http://www.heraldnet.com/article/20070911/BIZ/109110041/-1/headlines

Also, Steepster Bonnie put me on the trail of a collective of small growers in Hawaii who started a pilot project producing and marketing tea several years ago. I will do some research on that too.

I can see that I still have a lot to learn about the world of teas, but it’s a fun adventure!

Not so Stoo but I understand you might be the oldest tea growers, not sure. There is a tea farm in the Skagit Valley in Washington State, and the of course you can’t forget Hawaii! But noone does sweet tea and peaches like the South!

Thanks for educating me, Bonnie. I was not aware of the tea farm in Washington State. I didn’t know they were growing and processing tea up there. The Charleston Tea Plantation would probably be older. Hawaii I was aware of, but I should have clarified that I was talking about the lower 48 states. :-) I will correct my claim in my tasting note.

Don’t. change anything! I doubt many people know about Washington but I have family that lives in the area. The farm has an online store.

No problem, Bonnie. Being a former journalist, it is pounded into me to strive to keep my writing accurate. Feel free to correct me anytime I say something that isn’t factual. I greatly appreciate it! Plus, there is no discord or competition between the two states that I am aware of. The Civil War ended a long time ago. :-) I plan to order some tea from the Skagit Valley. I’d love to try it!

Many years ago I bout their Raspberry Black (loose), and it was quite delicious. I did find that the raspberry was more subtle, much like your description of the peach. I remember liking the more subtle flavoring of the tea.

I know Charleston Tea Plantation touts themselves as America’s only tea garden. Could it be that they once were and they just haven’t changed it on their logo, or is there some part of the definition of tea garden that would still make that statement apply? The fact that it is open to the public for tours? But I think most tea plantations are! So I don’t know!

Stoo: I knew I liked you! You remind me a little of my godfather, and he was a journalist, too! You are younger, though.

Stoo, what’s with the 22 likes in a row? Are we going steady? Your sweetheart better not get wind of this!

Raspberry Black is the only Charleston Tea Plantation tea that I haven’t tried. I hope to cross that one off of my tea bucket list soon! There is nothing wrong with subtle flavor. I’m just a little taste-challenged with my constant sinus allergies. Therefore, flavors have to be sand-blasted into my tastebuds in order for me to fully appreciate them. :-)

From what I’ve been able to learn so far, it does appear that the Charleston Tea Plantation was the only and oldest still working U.S. tea plantation until recently. That’s ok. The more the merrier! :-)

SSSHHH! Our clandestine and steamy (or is it steepy?) tea affair is supposed to be a secret! ;-)
But, besides that, I’ve been feeling guilty about not getting out to Steepster as much as I should to review other people’s tasting notes. I love reading them all and I always learn something about teas in general and new teas for me to try. You just happened to be one of the first Steepster friends that I got to today. :-)

First, let me state that I like peaches. If a peach is just right, I love it.

Loose tea in a car and in hotel rooms was too much a hassle, so I waited until I got home to try it-what a disaster. I opened the tin and was overwhelmed by the most intense, artificial peach aroma I have ever encountered. There was no way anyone was ever drinking this stuff on any plantation. It smelled EXACTLY like a peach soda pop I had had several years ago. They really poured it on. Strong enough to be a car air freshener-and better suited, imho.

The loose leafs? I don’t recall. However, there was not a drop of peach chunks, blossoms-anything-in there. This is a PEACH producing state, please give me some peaches in your peach tea!

The tea? What tea? The liquor was overwhelmed by the peach perfume factory in my cup! The tea had no chance. After several failed attempts to find a brew time and temp that might bring out a little of the tea, I gave up and happily unloaded it on my sister.

I see that the pyramid bag version of this tea has a few decent reviews. Maybe they used some sort of different flavoring at that time. I don’t know, but I have convinced myself to give this a 1.

Boiling 3 min, 0 sec
Yours I Like This
6 likes
6 comments
Edit

It’s always heartbreaking to see a clear 1+1 scenario and somehow wind up with -12.

Indeed it is. Can we give it a -12? I started out in my mind give this about a 25-30, but then I got so worked up writing this review that I downgraded to a 1

Seriously, I am the only reviewer and I give this tea a 1 and Steepster says, “Nope, 59”?!

Hahaha…I’ve been wondering how that averaging system works without multiple entries.

There’s probably a thread about it in the discussion board. I think it’s like the SAT’s-they get a 59 for putting their name on the label! My single reviews for Banana Crepe, Greek Mountain, and Golden Needles were not adjusted too much-but all were adjusted upwards. I am thinking that they estimate the average tea to be a 75.

Scott B, so sorry to read how disappointed you were with the Charleston Plantation Peach….we certainly appreciate the honesty of your review. I will certainly share your comments with our Marketing Tea for you
Kathy for Bigelow Tea

I really enjoyed this tea. I love peach flavored things but a lot of places make the peach too sweet, too strong, or too fake. This tea does a really good job of giving a real peach flavor without overwhelming you with peach. I also enjoyed it hot which I wasn’t expecting because I usually like iced peach tea.

Mmm, this is delicious! The base tea has a rich, bready flavor that mixes perfectly with the pop of sweet, juicy peach. Not sure what the difference is, but the loose leaf version is SO MUCH better than the bagged one.

Found this tea and had to try it as an iced tea. When it arrived I opened it to spell the dried tea leaves and felt like I was in a Peach orchard. Brewed my first batch and tried it hot because I could not wait to taste the peaches, was disappointed. Then I wanted for it to cool down. After loading a tall glass with ice and trying it cold I was well pleased with the flavor profile. The mix of malty black tea and peaches made one of my favorite new iced tea for summer. I would highly recommend it for a backyard B-B-Q.